BEIJING (Reuters) -Russia's 15-year-old figure skating sensation Kamila Valieva giggled with her coaches but turned serious for her own routine as she practiced on Thursday at the Winter Olympics despite reports of testing positive for a banned substance.

The teenager was part of the Russian Olympic Committee (ROC) team that won the figure skating team event https://www.reuters.com/lifestyle/sports/figureskating-russians-widen-lead-team-event-quest-2nd-medal-2022-02-07 on Monday, ahead of the United States and Japan. But their medal ceremony was delayed for unexplained "legal reasons".

Russian athletes are already competing without their flag and anthem because of sanctions for past doping violations.

Wearing a navy blue hoodie, black tights with shorts, her hair in a bun, Valieva took to the https://www.reuters.com/lifestyle/sports/figure-skating-all-eyes-valieva-she-appears-olympic-practice-rink-2022-02-10 ice late morning, laughing at rink side but showing total focus when rehearsing her free skate.

Despite the pressure, she performed quadruple jumps in practice, after becoming the first woman to complete one at an Olympics during her team's winning performance on Monday.

Russian media reported on Wednesday that Valieva had returned a positive test, with newspapers RBC and Kommersant naming the drug as Trimetazidine, which is typically used to treat angina.

The ROC and Russian figure skating federation have not commented.

Kremlin spokesman Dmitry Peskov told reporters the only source of information would be the International Olympic Committee (IOC). "We will not join those making noise. We wish our athletes, including Valieva, only gold medals," he said.

The IOC has declined to comment, citing legal reasons, though spokesman Mark Adams asked for patience from other skaters and said officials would work as quickly as possible to sort out the medal ceremony.

With the United States and Japan waiting in the wings for their medals and fans anxious to see https://www.reuters.com/lifestyle/sports/figure-skating-russian-fans-lament-doping-cloud-over-favourite-valieva-2022-02-10 their teen idol compete again on Tuesday, the case is complicated by her age.

According to WADA's world anti-doping code https://www.wada-ama.org/sites/default/files/resources/files/2021_wada_code.pdf, athletes who commit doping violations should be publicly named, but this is not required if the person is a minor under 18.

In that case, according to rule 14.3.7, any optional public disclosure "shall be proportionate to the facts and circumstances of the case".

"It's the worst nightmare of any organisation for athletes to be competing and then return a positive test during the Games," he added.

"It's very unusual for a positive test to be returned between competition and the medal ceremony. Usually an athlete in that position would immediately be disqualified, but that hasn't happened here."

The only time Howman could remember a ceremony not taking place was when South African Caster Semenya won the 800m at the World Athletics Championships in Berlin.

Figure skating is a prestige sport for Russia, in which it has an outstanding record. Any move to penalise Valieva or strip the team of medals would likely cause a national outcry.

Moscow has acknowledged some shortcomings in its implementation of anti-doping rules but denies running a state-sponsored doping programme.

"We urge everyone to refrain from making unsubstantiated comments until official information is published," he added, saying all Russian athletes continued to participate in China.

"The drug trimetazidine does not help an athlete in any way. At all. It was found in one single sample in December. A minuscule amount. Nothing in her samples before or since," he wrote on social media.

"There is no doping in the conventional sense. No! This cardiac drug has no impact on ... performance. Now leave Kamila in peace."

Former Russian pairs skater Tatiana Volosozhar, who won two gold medals at the 2014 Sochi Olympics, showed solidarity with Valieva on social media, calling for the use of the Russian hashtag #Iwillneverbelieve to send the teenager support.

"I don't know what you are going through now, but I understand how stressful it is. Hang in there, girl! Everything with be alright," wrote Elizaveta Tuktamysheva https://www.instagram.com/p/CZynlTkA4LW/?utm_medium=copy_link, the alternate on the Russian figure skating team, via Instagram under a picture of her and Valieva.

Trimetazidine, or TMZ, works by increasing blood flow to the heart and limiting rapid swings in blood pressure. It has been on WADA's list of prohibited substances since 2014.

"It is very disappointing and a real shame that Russians continue to test positive at major events after all that country has gone through." 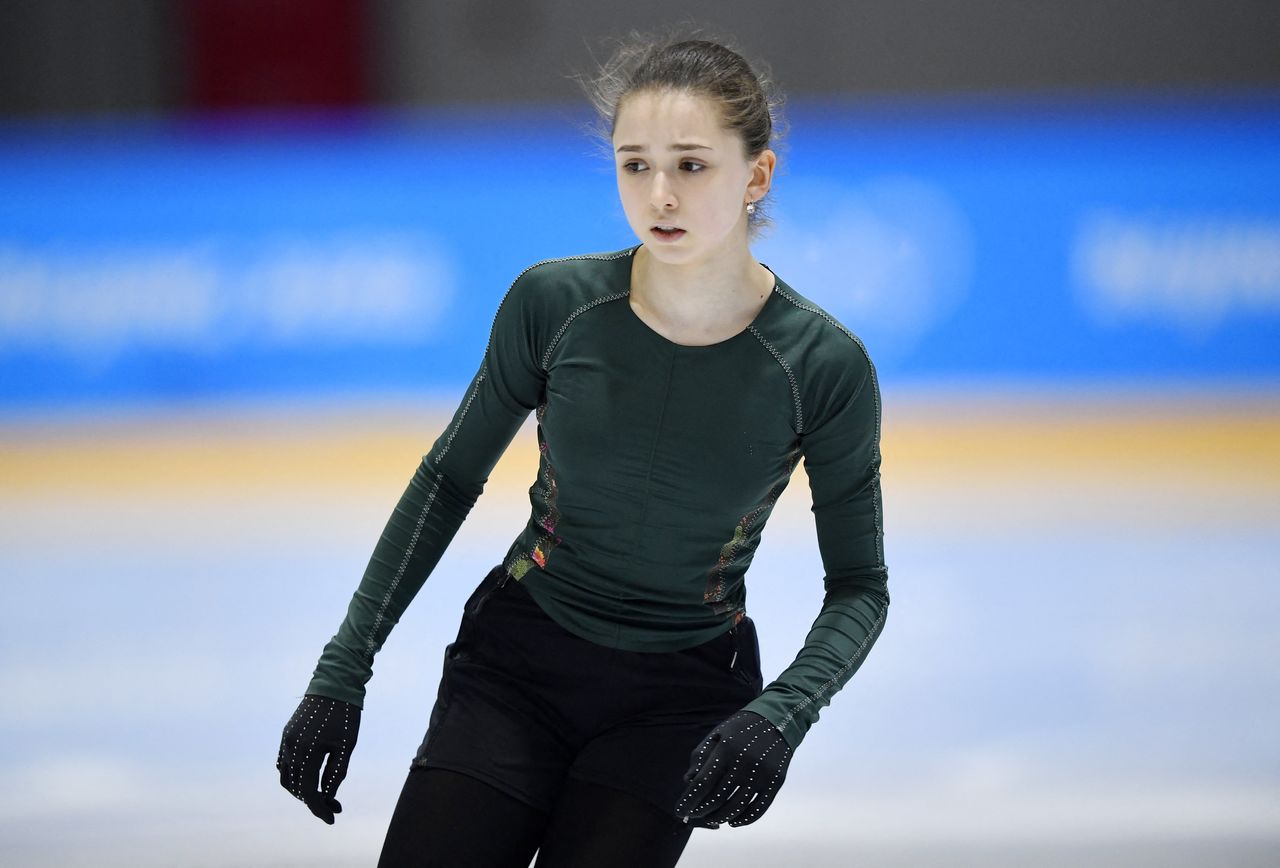 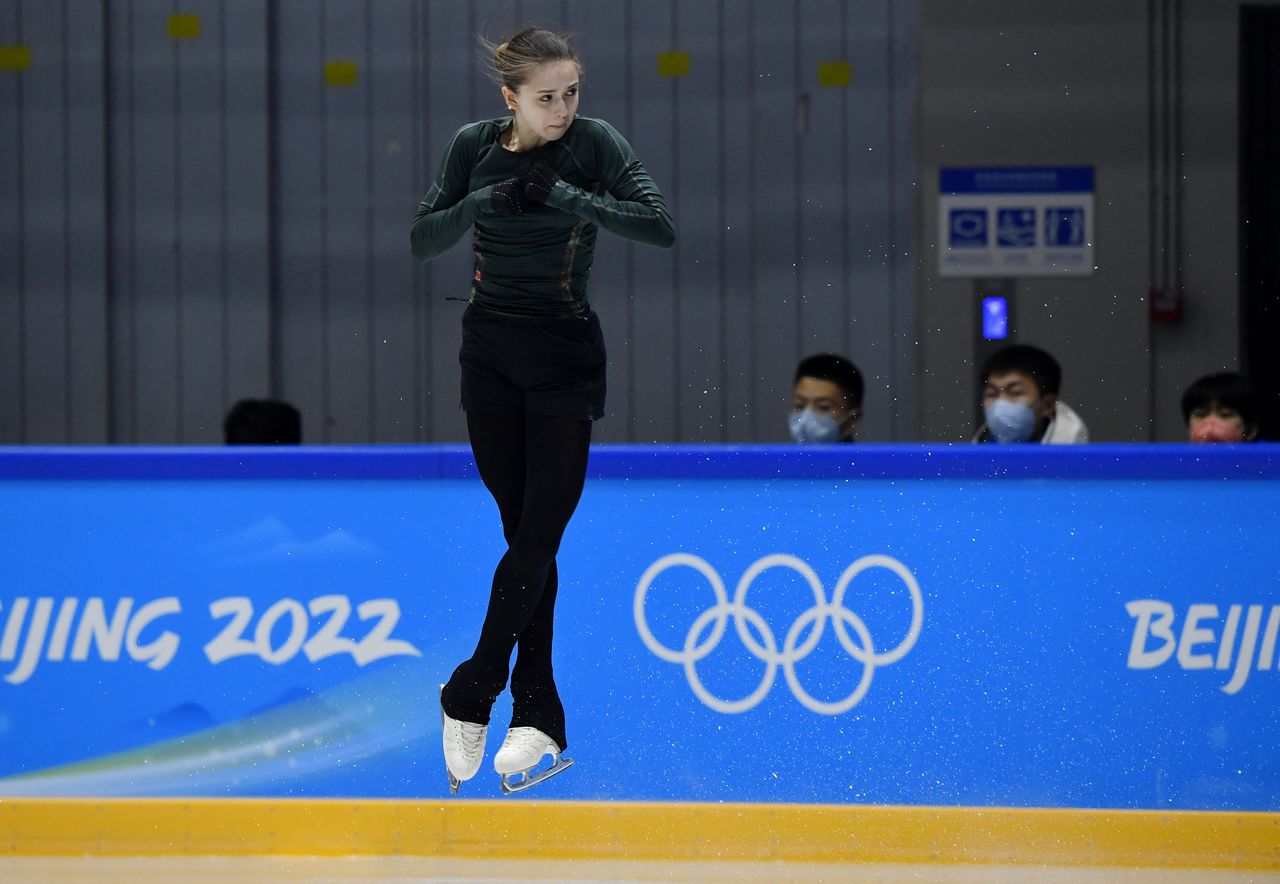