Japan says no plans set for summit of its PM, South Korean leader 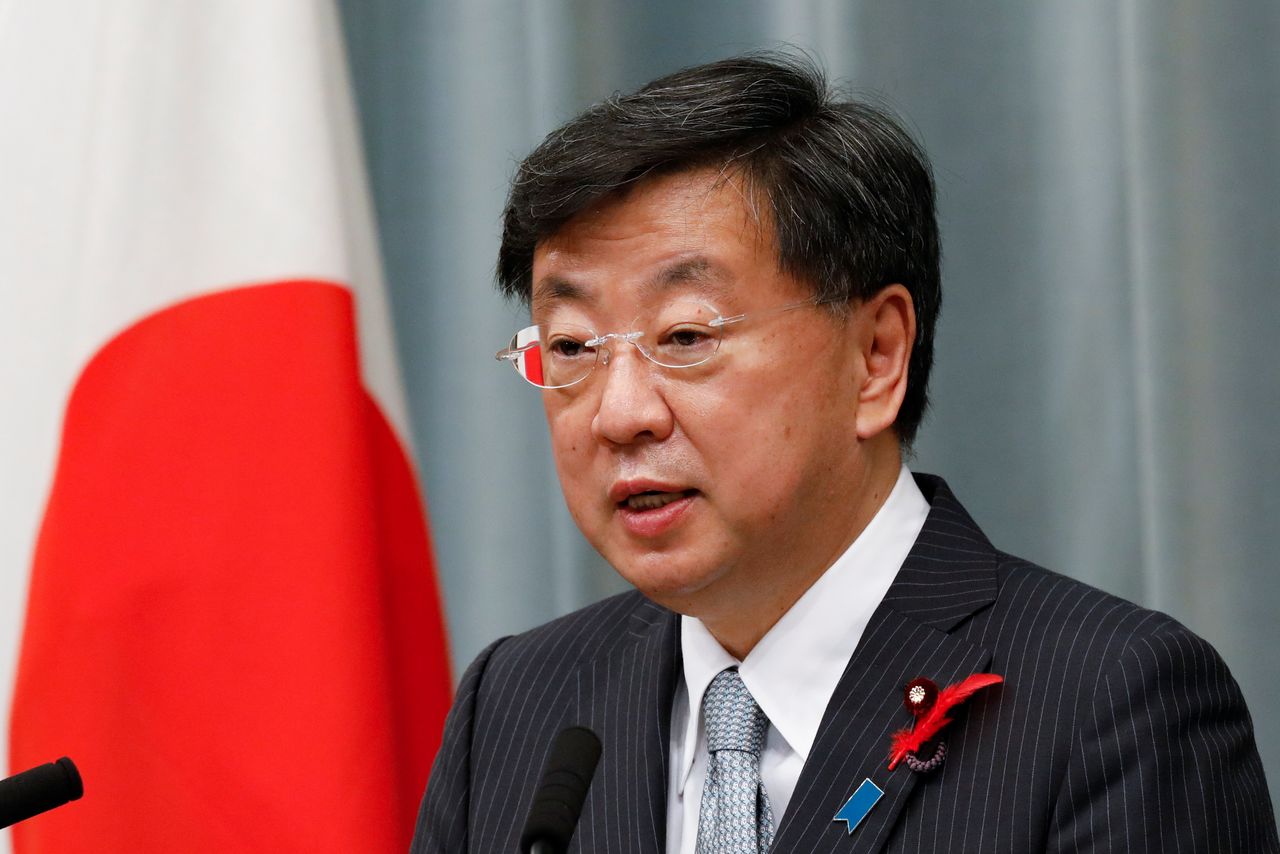 TOKYO (Reuters) - No plans have been set for a summit of the top leaders of Japan and South Korea, a top Japanese official said on Thursday, after the South Korean president signalled his intention to improve the neighbours' strained ties before his term ends in May.

Matsuno declined to comment directly on Moon's remark, however.

A historic feud over Japan's 1910-1945 occupation of Korea regarding issues such as "comfort women", a Japanese euphemism for mostly Korean women forced to work in its wartime brothels, and wartime forced labour have long soured ties between the two Asian nations.