Crumpton discarded his coat at the opening ceremony in Beijing last Friday to walk out into minus 5 Celsius (23 Fahrenheit) temperatures in traditional Polynesian dress, covered in oil and topless.

"It was surprisingly not that cold," said the U.S. territory's first Winter Olympic representative in 28 years, speaking after the start of the men's skeleton event on Thursday, where he sits in 20th spot.

"The only thing that got cold was my hands, just because the flagpole was metal," he said. "It was a fun thing to do and I'm happy that it went off without a hitch."

Rubbed down by his team with baby oil "for that high-gloss shine", Crumpton wore a lavalava, a kilt-like piece of clothing worn in Polynesia, on his lower half.

Connected to Polynesia through his maternal grandmother, Crumpton's dress continued a young tradition started by Tongan athlete in taekwondo and cross-country skiing Pita Taufatofua, who carried his country's flag at the 2016 and 2020 Summer Games and the 2018 Winter Olympics.

Crumpton also competed at the Tokyo Olympics, held last summer due to COVID-19 disruption, coming last in his qualifying heat of the 100 metres but recording a personal best time.

The Princeton graduate earlier spent eight years with Team USA in skeleton but left after a falling out with the sport's governing body.

An avid photographer, Crumpton races with a helmet he designed with a skull and decorated with a Polynesian design from his favourite shirt.

He was disappointed with his best time so far, which put him 3.38 seconds behind first placed Christopher Grotheer, but he is still on track to make the top 20, his ambition for the games. 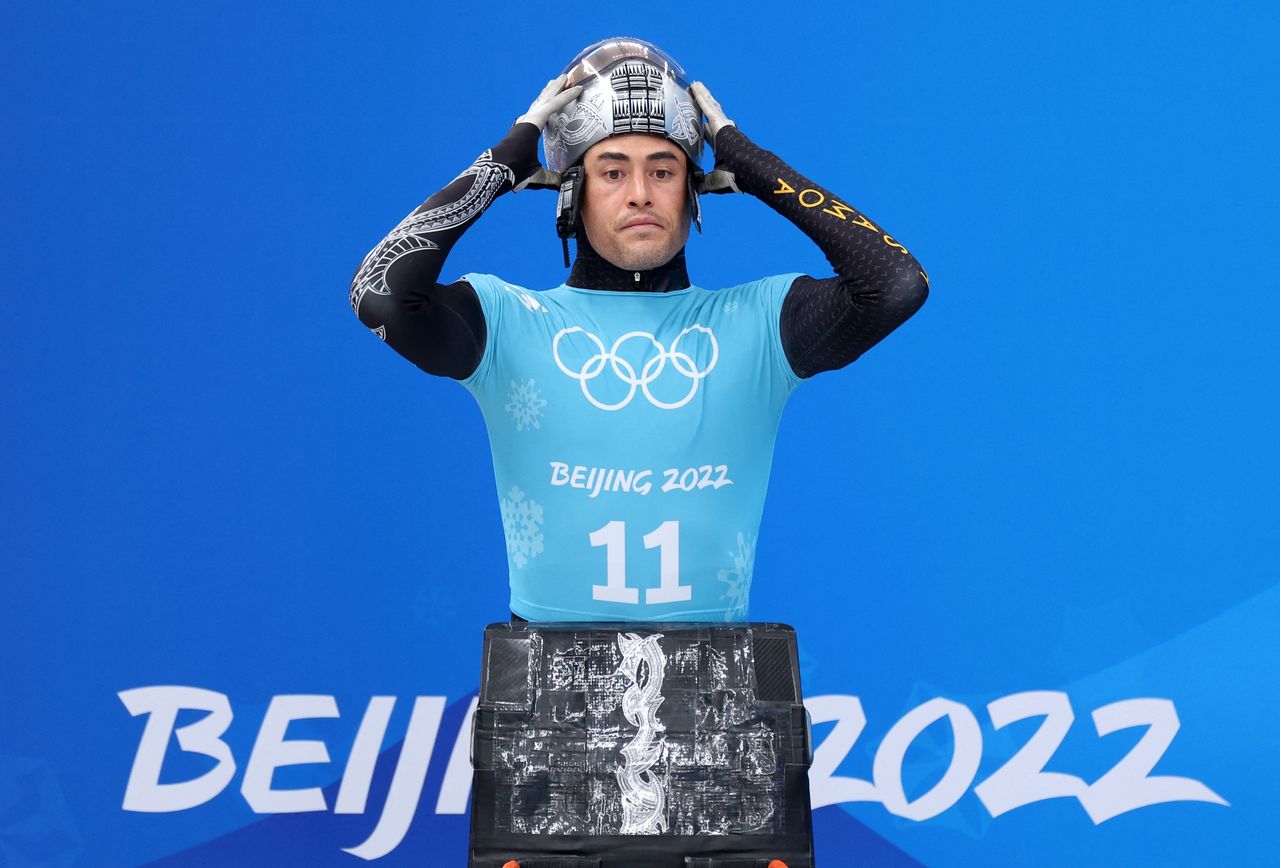 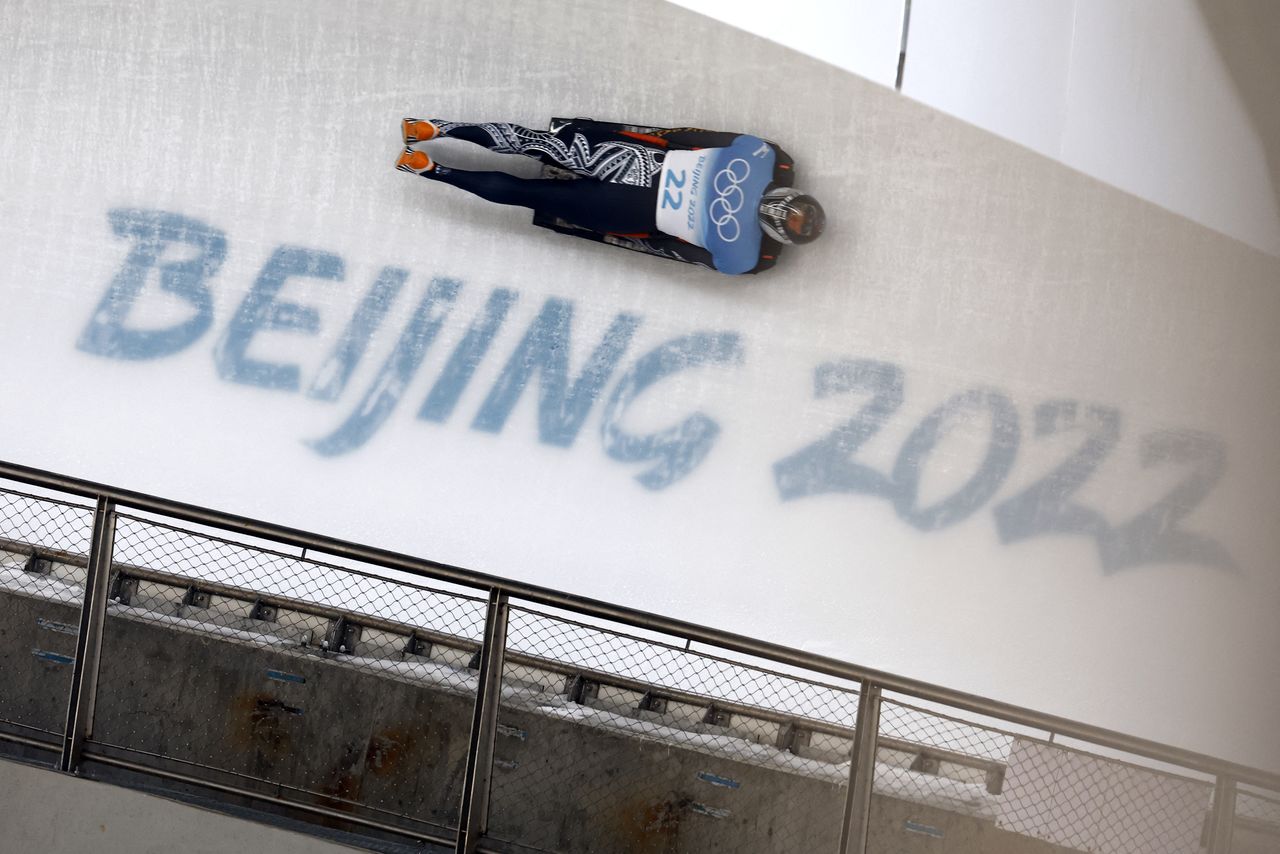 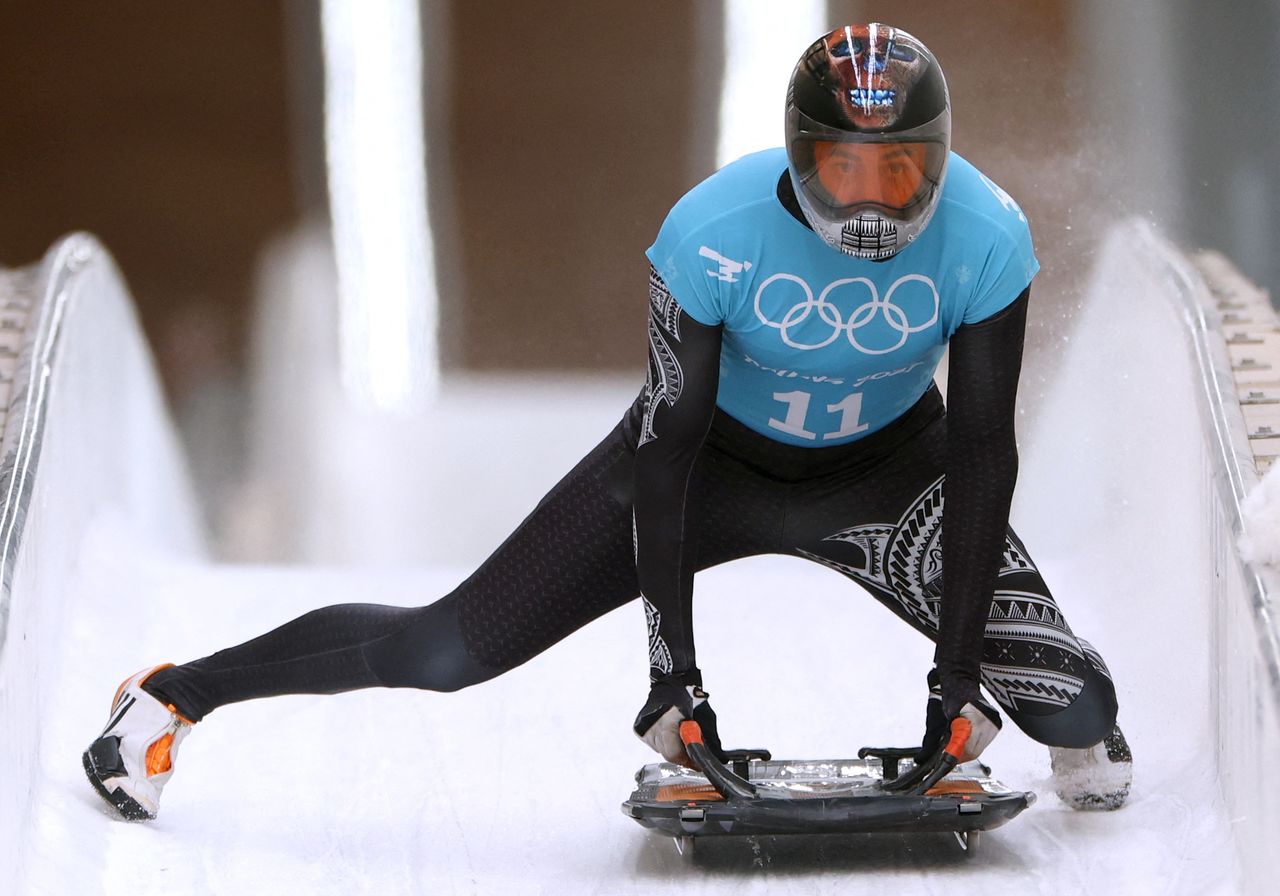 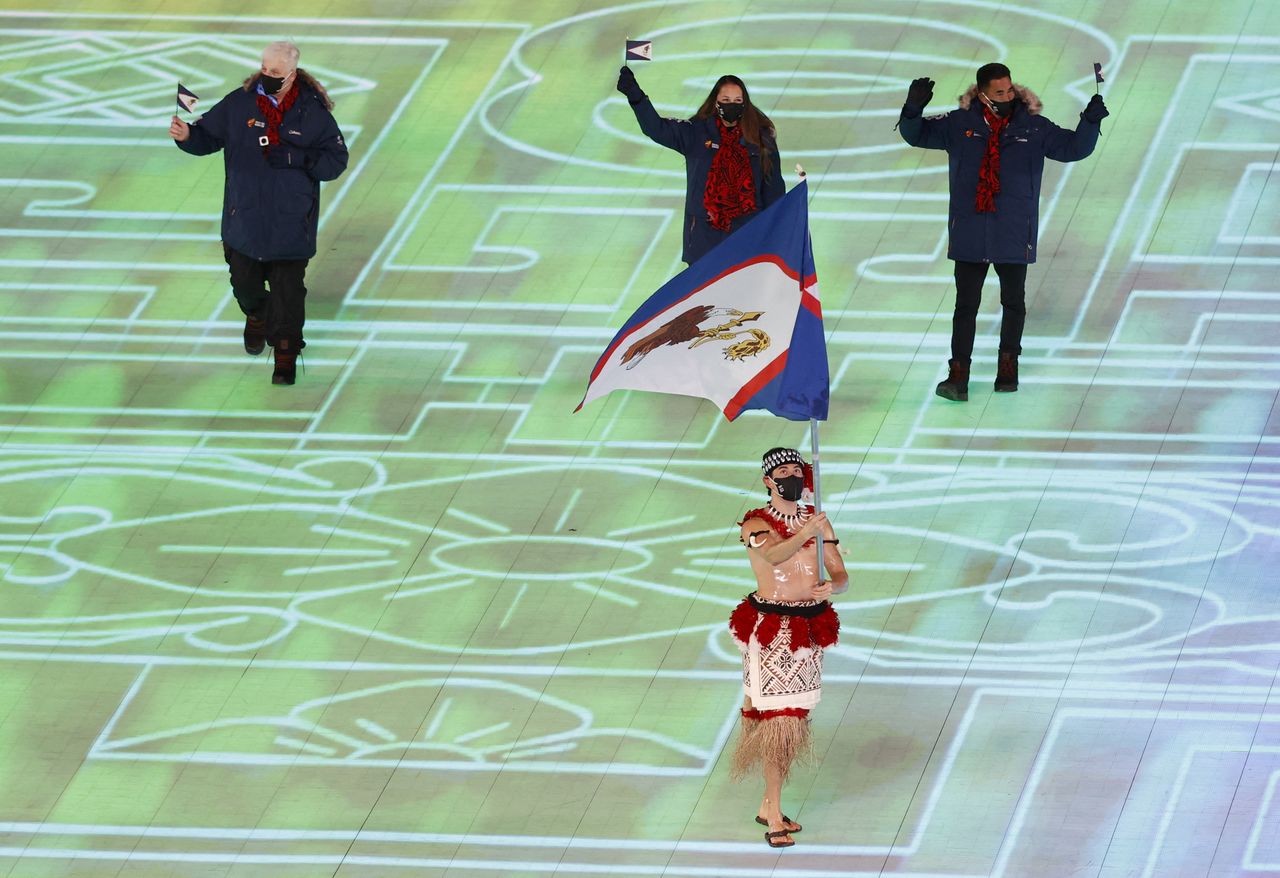