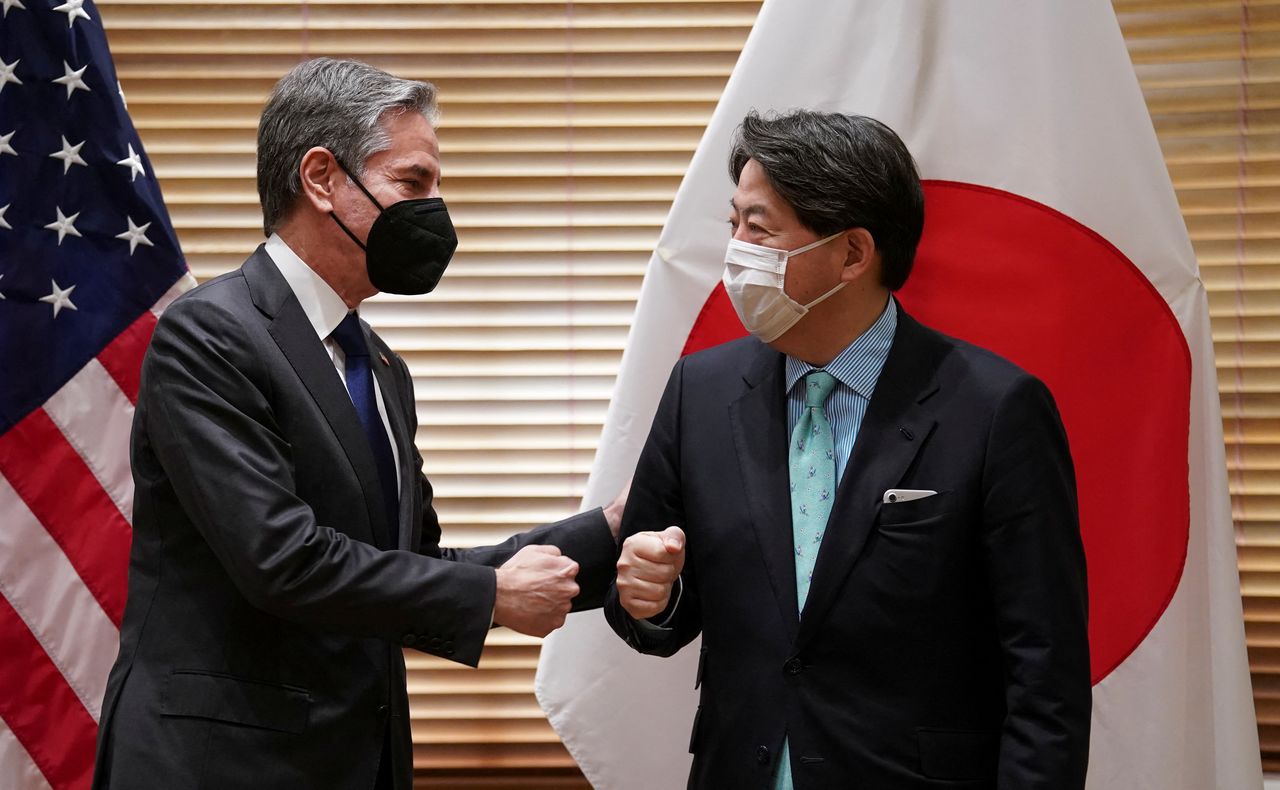 "They reaffirmed they were watching carefully the Ukraine situation with grave concern, and that Japan and the United States would coordinate closely on the matter," the official told a media briefing after their bilateral talks in Australia.

Russia has amassed more than 100,000 troops near the Ukraine border, raising fears of war. Moscow denies any plans to invade, but is seeking sweeping security guarantees, including a promise from NATO never to admit Kiev.