(Reuters) -Elon Musk said on Thursday he was "highly confident" his new SpaceX Starship, designed for voyages to the moon and Mars, will reach Earth orbit for the first time this year, despite a host of technical and regulatory hurdles yet to be overcome.

The billionaire SpaceX founder and CEO addressed a throng of news media and supporters at his company's "Starbase" facility in Boca Chica, Texas, for a presentation that combined a high-tech pep rally with big-screen videos and a question-and-answer session.

It came nine months after the private California-based space venture achieved the first successful launch and touchdown of a Starship prototype rocket in a test-flight after four previous landing attempts ended in explosions.

Musk acknowledged difficulties SpaceX has faced in developing the "Raptor 2" engines for its Super Heavy rocket, a reusable next-generation launch booster designed to carry the Starship spacecraft to orbit. He cited problems with melting inside the thruster chambers of the engines from intense heat.

But he said, "we're very close to solving that," and expected to scale up production to about seven or eight of the engines a week by next month and produce a new Starship and a booster every month by year's end.

"I feel at this point highly confident that we will get to orbit (with the Starship) this year," said Musk, who also heads electric car maker Tesla .

Such a time frame would mark an ambitious feat, even for an uncrewed orbital test flight of the Super Heavy/Starship combo, the next step up from SpaceX's current workhorse Falcon 9 rocket, which Musk said has flown 144 successful launches and 106 return landings.

But the very future of the Boca Chica test-flight and production facility near the southeastern Gulf Coast tip of Texas is now at stake in an environmental assessment of the site under way by the Federal Aviation Administration.

The FAA is expected to decide in the coming weeks whether a planned build-out there poses a significant environmental impact to the area - including an adjacent wildlife reserve - and must therefore undergo a far more extensive study before expanded operations at Boca Chica can be licensed.

Such an environmental impact statements, or EIS reviews, can take years to complete and are often subject to litigation.

Asked what he knew about the status of the FAA review, Musk said, "We don't have a ton of insight into where things stand with the FAA," but added: "We have gotten sort of a rough indication there may be an approval in March. But that's all we know."

Even in a "worst-case" scenario, in which a full EIS were required or legal wrangling over the issue threatened to drag on, Musk said SpaceX has a fall-back plan. The company would shift its entire Starship program to the Kennedy Space Center in Cape Canaveral, Florida, where SpaceX already has received the environmental approval it needs, Musk said.

Such a move would cause a setback of six to eight months, he added.

In any case, SpaceX is still shooting for a 2023 launch of what it calls the world's first private lunar mission, flying Japanese entrepreneur Yusaku Maezawa and a dozen artists aboard a Starship to loop around the moon and return to Earth. 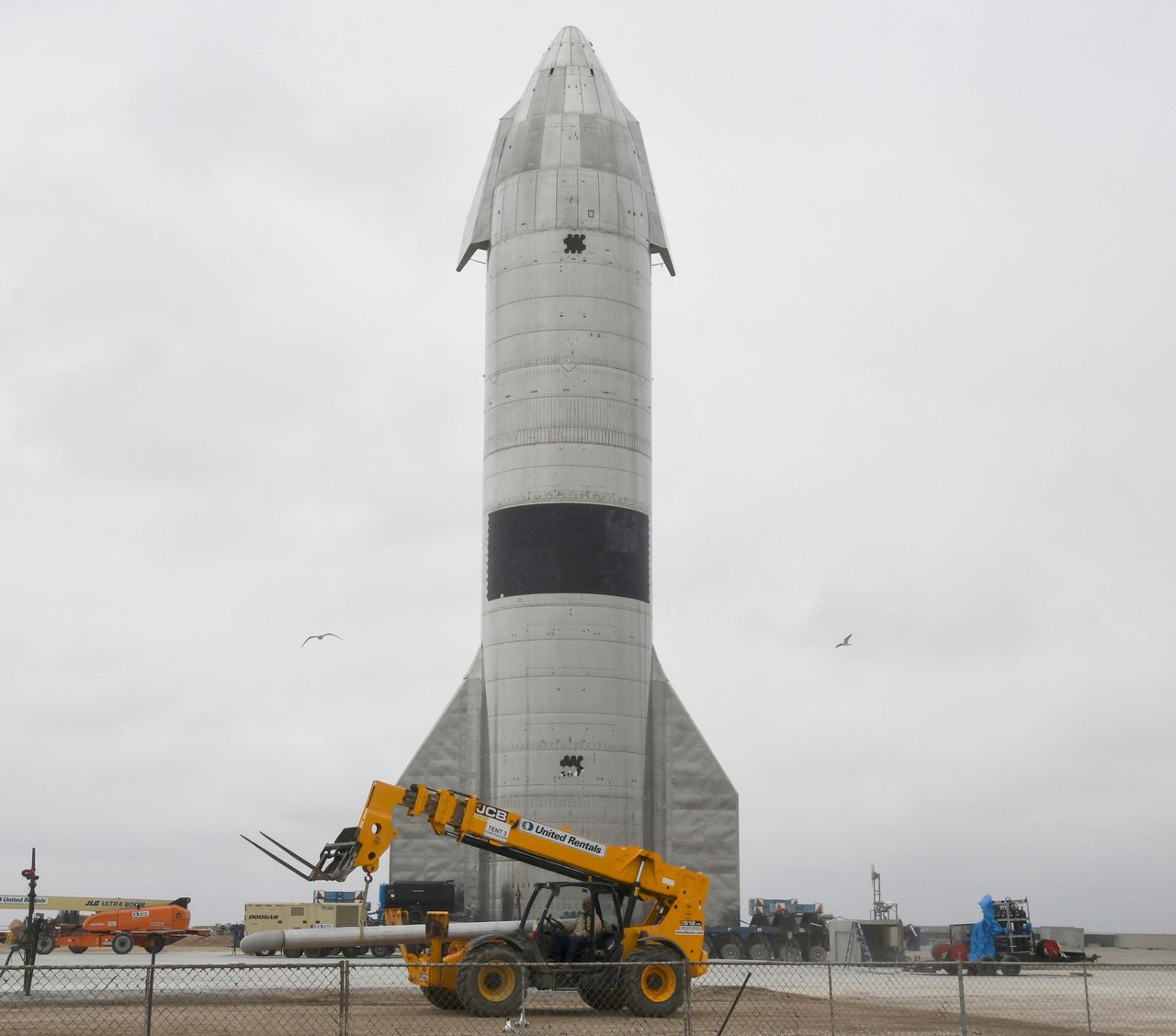 FILE PHOTO: A SpaceX SN15 starship prototype is seen as it sits on a transporter after Wednesday's successful launch and first landing from the company's starship facility, in Boca Chica, Texas, U.S. May 6, 2021. REUTERS/Gene Blevins 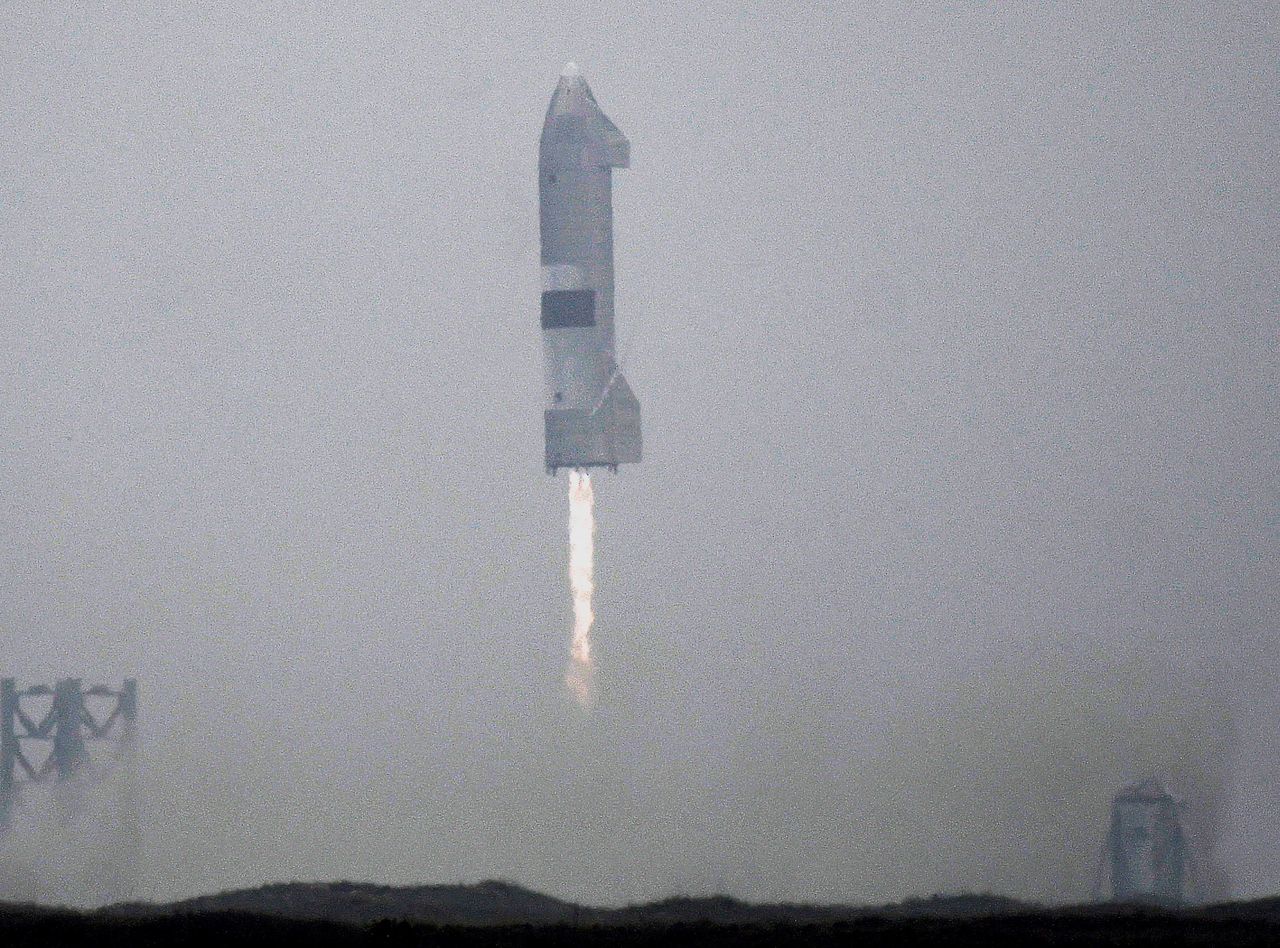 FILE PHOTO: SpaceX SN15 starship prototype comes in for a successful landing for the first time from the company's starship facility in Boca Chica, Texas, U.S. May 5, 2021. REUTERS/Gene Blevins