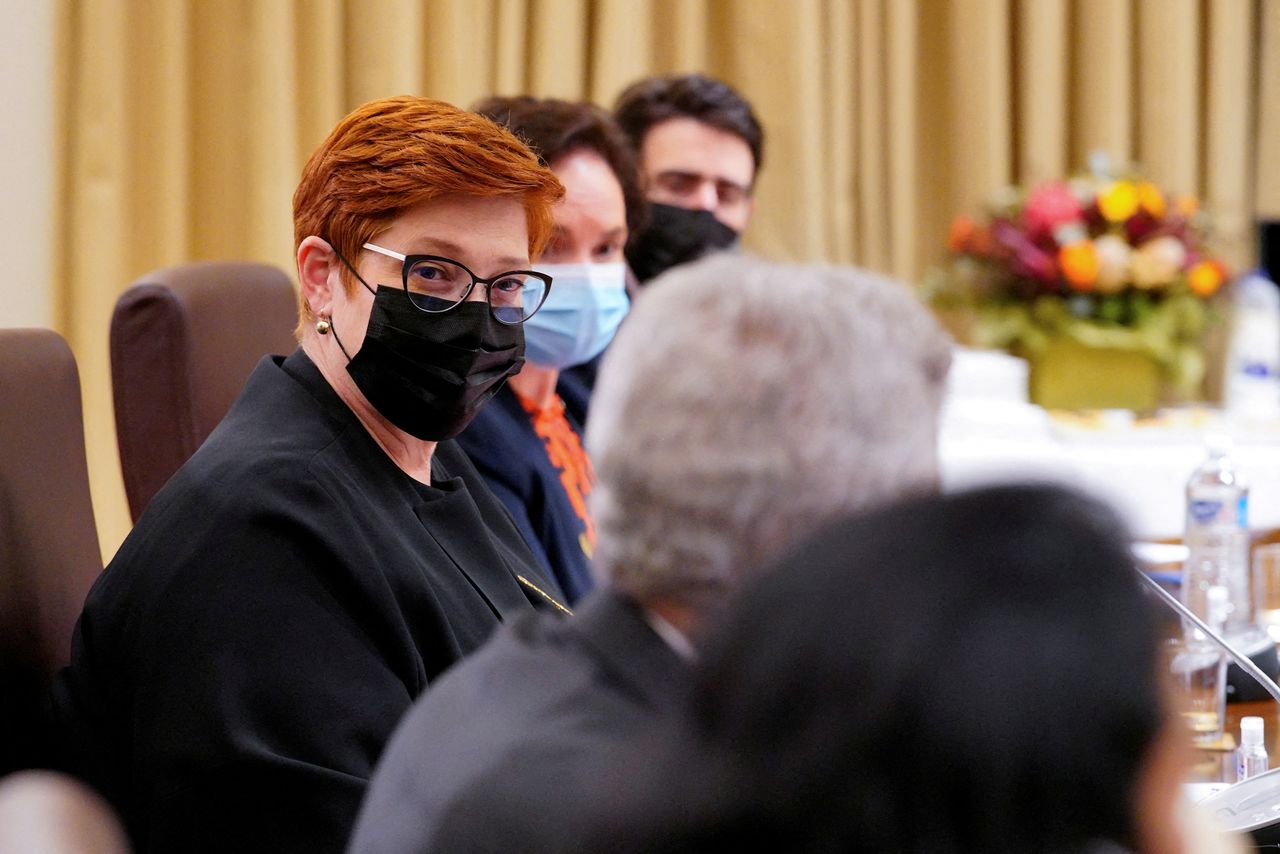 MELBOURNE (Reuters) - Countries in the Quad grouping will strengthen cooperation on cyber- and counter-terrorism, including on ransomware attacks, Australian Foreign Minister Marise Payne said after meeting her counterparts from India, Japan and the United States.

The four countries pledged on Friday to deepen cooperation to ensure the Indo-Pacific region was free from "coercion", a thinly-veiled swipe at China's growing economic and military expansion.

The Quad discussed humanitarian and disaster response in the region, and agreed to help combat illegal fishing, she said.

"We agreed to boost maritime security support for Indo Pacific partners to strengthen their maritime domain awareness and ability to develop their offshore resources, to ensure freedom of navigation and overflight and to combat challenges such as illegal fishing."