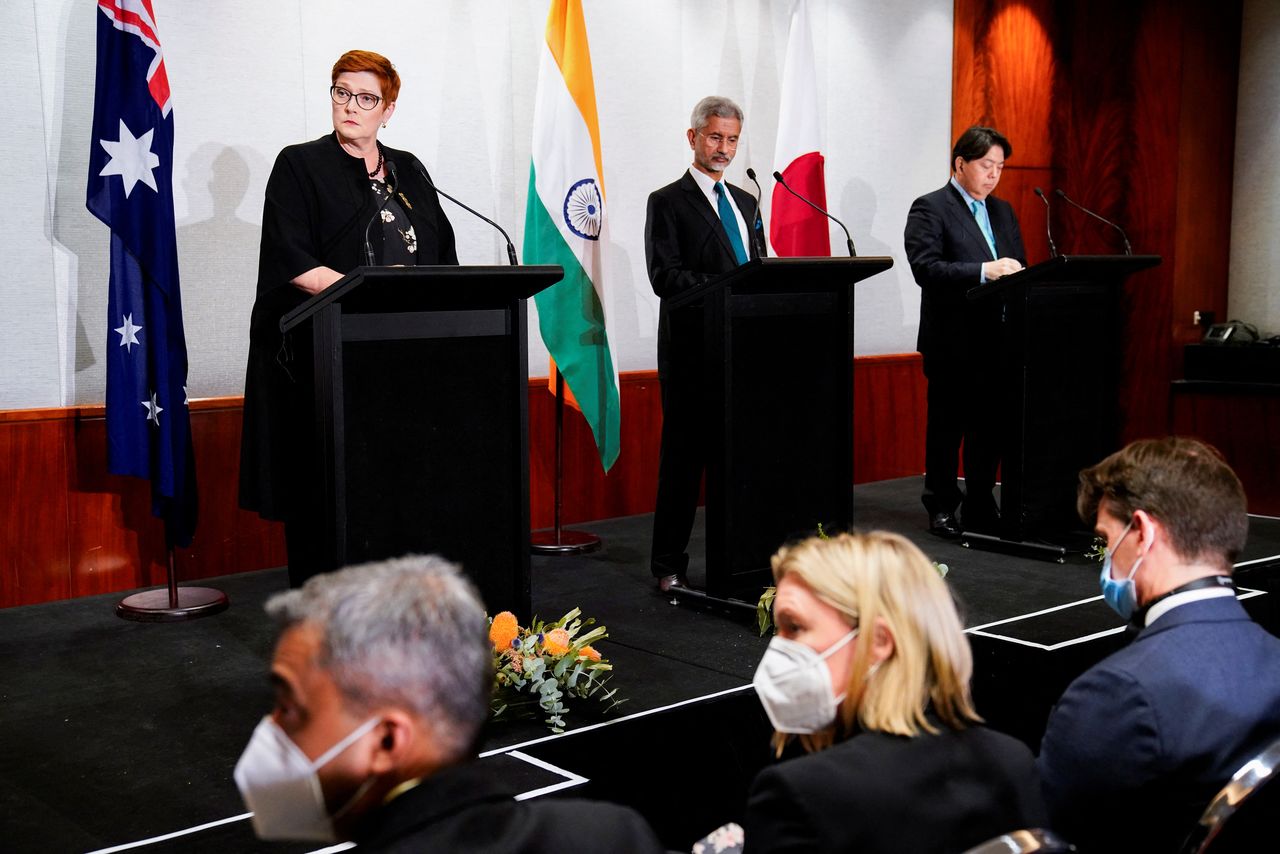 In a statement, the four countries also said they reaffirmed their commitment to upholding and strengthening the "rules-based" multilateral trading system and to opposing "coercive economic policies" that run counter to this.