BEIJING (Reuters) -Gao Tingyu won China its first men's speed skating gold on Saturday, smashing the Olympic record to cross the finish line in 34.32 seconds as spectators cheered him on in the men's 500 metres at the Beijing Games.

Gao set the pace early as the seventh pairing out of 15, with a huge cheer that seemed to echo from the depths of the National Speed Skating Oval greeting him as he stood on the start line.

The cheers grew progressively louder as he began closing in on the Olympic record at breakneck speed, finishing the single lap around the oval in a time that his rivals ultimately failed to beat.

"You have to break the Olympic record or you cannot win the gold, this is a really fast venue... and the skaters are showing a really high level of performance so I don't think it's a surprise to break the record," Gao said after the race.

Favourite Laurent Dubreuil of Canada missed out on a podium place, finishing fourth and two-tenths of a second behind Gao with a time of 34.52 seconds.

Anticipation in the oval grew as Dubreuil stood on the starting line with Japan's Tatsuya Shinhama in the last pairing. Almost as if to break that pressure, they began with a false start, before shaking off the tension and getting under way.

Their times could not match that of Gao, however, and the oval exploded in exhilaration when they saw that China had added a gold to its medal tally.

After the last pair finished, Gao did a victory lap around the oval with the Chinese flag draped around his shoulders, savouring the moment as he looked up at the spectators. At one point he let out a roar and broke into a wide smile.

Gao became the first Chinese man to win an Olympic medal in speed skating four years ago when he won bronze in the same event.

"I think we have a very good start for this sport in China. I think we will be unstoppable in the future," he said on Saturday.

He follows in the footsteps of Zhang Hong, who became China's first speed skater to win a gold medal when she came first in the women's 1,000m at the Sochi Olympics.

Gao served as the flagbearer at the Opening Ceremony of the Beijing Winter Games, a testament to the hope that he would win a medal on home ground.

The 24-year-old appeared to shrug off the pressure though, saying that he couldn't hear the audience while he was skating.

"Somebody told me that there was a 'flagman's curse'," he added, speaking of a myth that flagbearers don't perform well at the Olympics.

"But I just want to say to hell with the flagman's curse - I won the gold medal!" 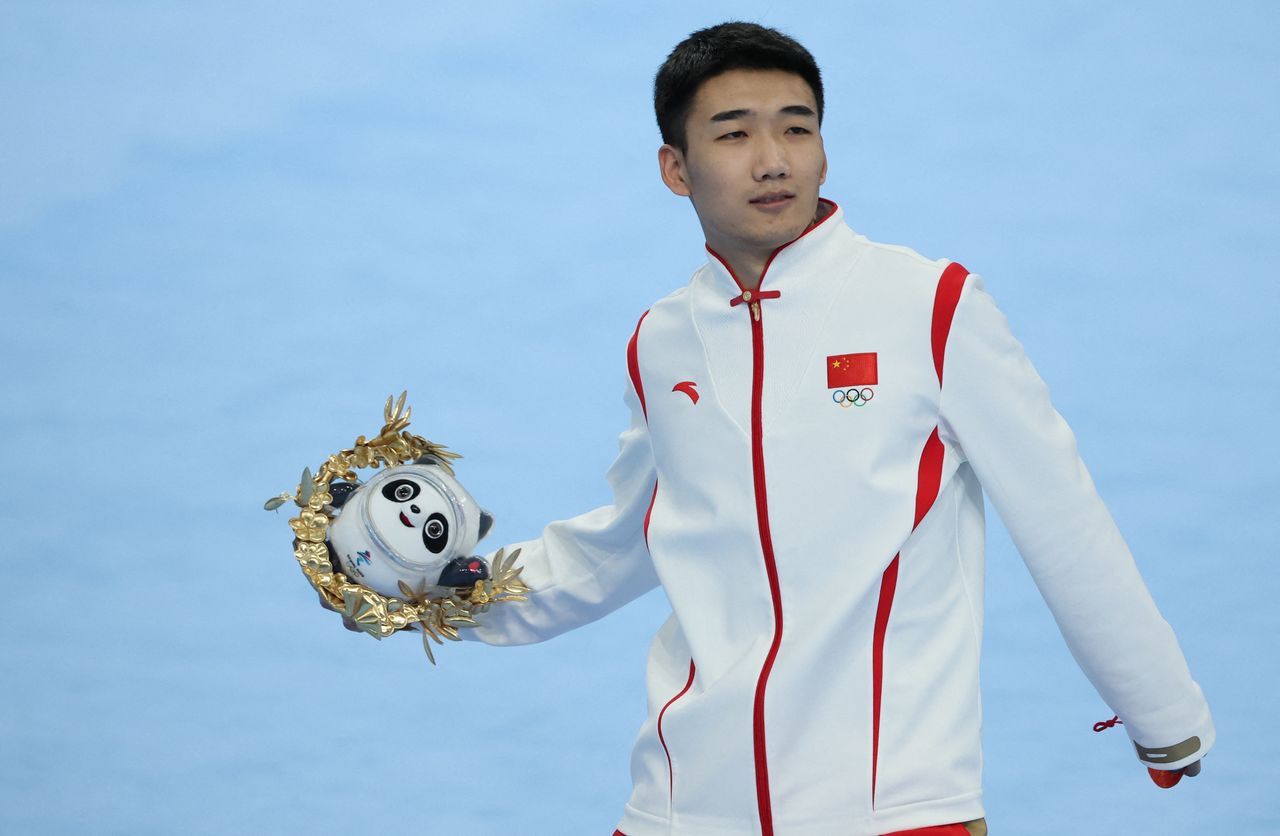 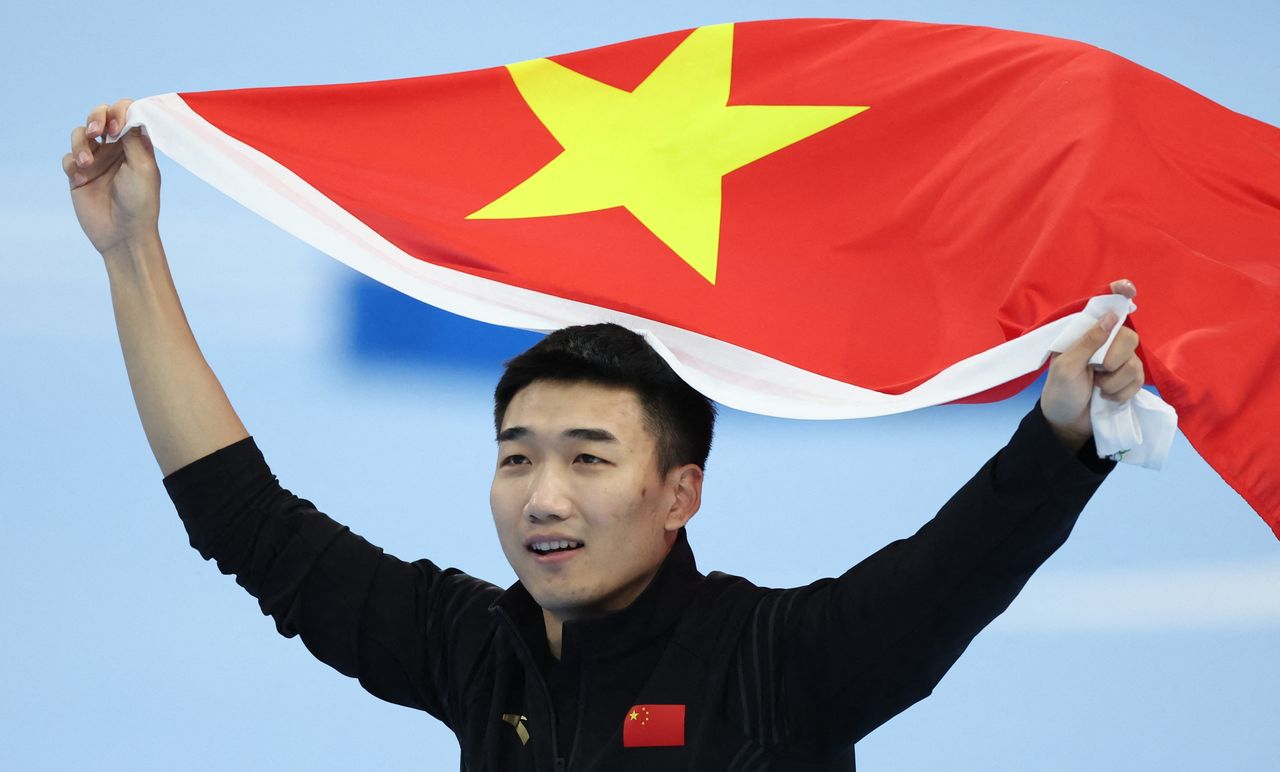