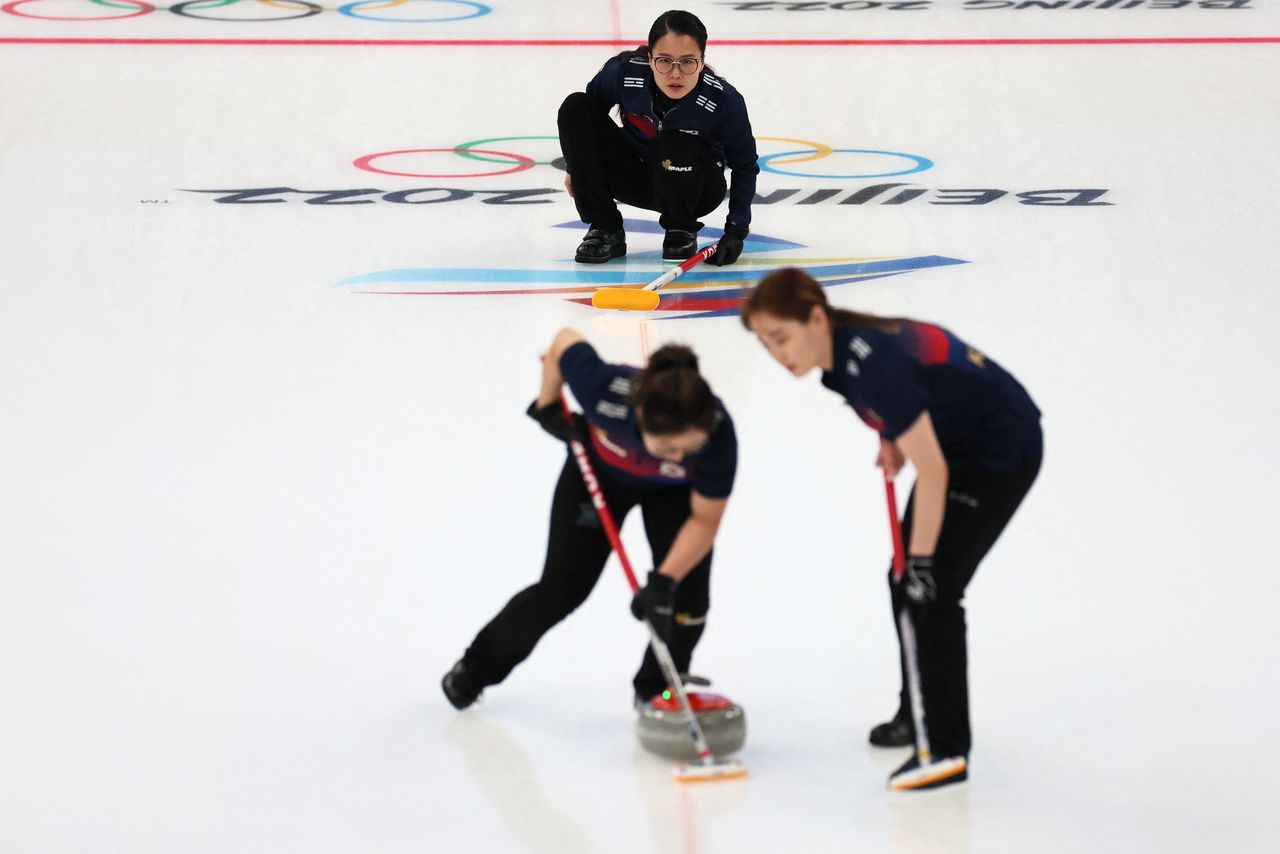 BEIJING (Reuters) - Hugh Millikin was once half a point away from being one of Australia's first Olympic curlers but is now tasked with helping the world's most populous region sweep onto the ice as the "roaring game" continues to pique interest around the globe.

The Canadian-born 64-year-old is Pacific-Asia vice president at the World Curling Federation (WCF) and helps run the sport's governing body from Australia -- a country still without a dedicated curling facility.

Looking ahead to the 2026 Winter Games in Milan and Cortina, Millikin believes the United States, Asia and the Middle East will be the biggest growth areas for curling.

"In China, Japan and South Korea, curling has hit an interest level that's fantastic," Millkin told Reuters. "The other growth that's happening is in the Middle East and the subcontinent.

"I think by the time we get to the next Olympics, you're going to see a lot more people playing in those regions."

The WCF had 30 member nations when curling made its Olympic debut at Nagano in 1998 but that has more than doubled.

With Kenya, Bolivia, Saudi Arabia and India among those becoming members in the last five years, the sport has come a long way from its beginnings on frozen lochs in medieval Scotland.

"It has more of a traditional base in cold countries, but we can put a curling rink anywhere," Millikin said. "In warm countries, it might be a little difficult to get a luge or biathlon team together but doing something on ice is easier.

"And it's not just about having new names on a list, it's really helping them be successful and getting people playing at a local level in dedicated facilities. That's the real sign of growth, and that's where hopefully we'll get to in four years."

Millikin played a major role in shaping mixed doubles as an Olympic discipline before the format debuted at the 2018 Games.

He was the brains behind making it the quick and entertaining version of today and came up with idea of the power play, which allows players to move stationary stones away from the middle and usually sets up chances for multiple points.

"It's hugely satisfying for me to see it being a big success and see the players love it," Millikin said.

"A shorter duration and faster pace of play really helps get younger people involved in the sport."

The mixed doubles event in Beijing saw non-traditional curling nations such as Australia and Czech Republic compete alongside superpowers Canada and Sweden, with Italy being crowned champions nL1N2UJ164.

"It lends itself to assisting smaller nations," Millikin added. "It might be difficult to get four male or female players but it's easier to find two players to team up."

Millikin was part of the Australia team that nearly defied odds to qualify for the Vancouver Games in 2010 before falling 0.5 points short of sealing an Olympic berth.

More than a decade on, mixed doubles pair Tahli Gill and Dean Hewitt became Australia's first curling Olympians, which was a particularly sweet moment for Millikin.

"They were such great ambassadors not just for Australia but the sport," he said. "When you see them represent Australia at the Olympics, it makes a lot of people happy behind the scenes as well."