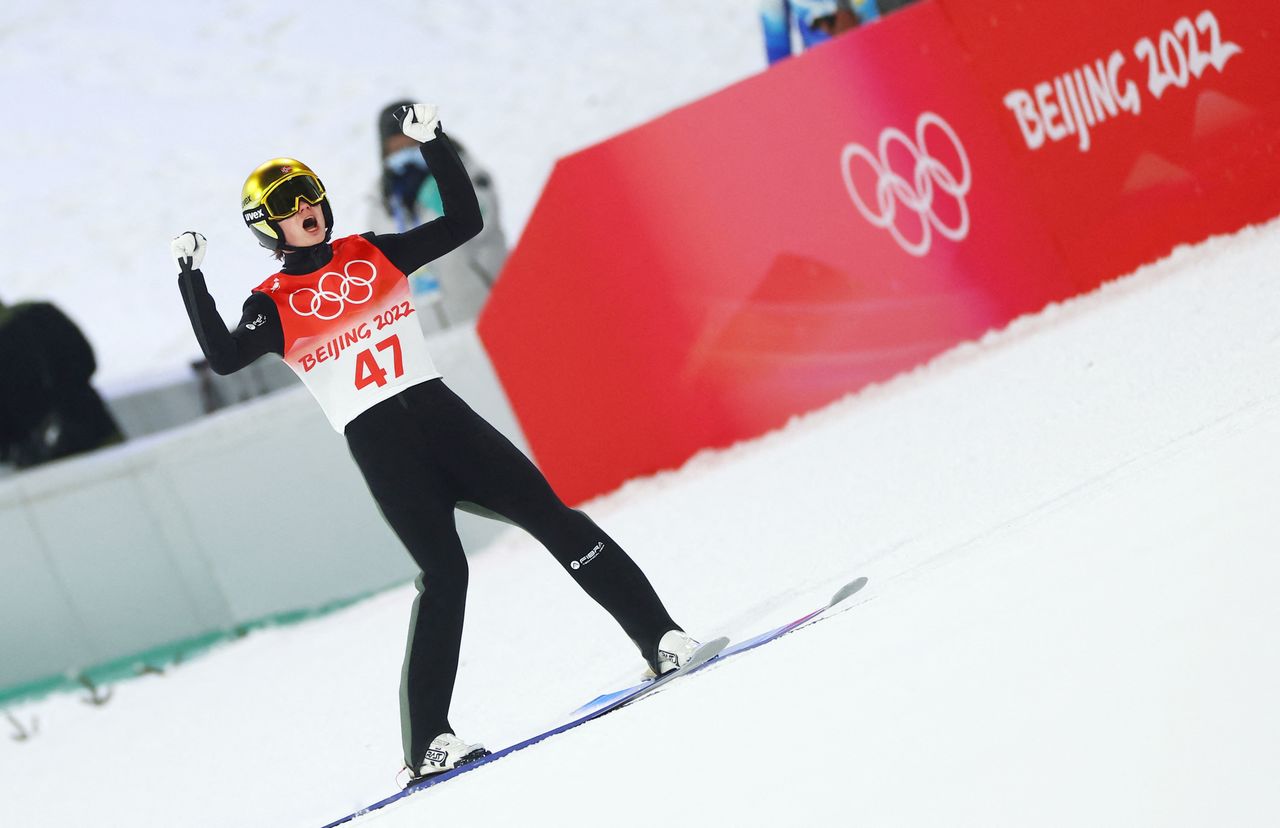 Kobayashi, fresh from winning the normal hill title last weekend, set the standard again in the first round with a 142-metre jump for 147 points.

Lindvik, who led the way in Friday’s qualifying session, also continued the hot streak of form that brought him three World Cup wins in January, posting 144.8 points to sit in second place.

The Norwegian then delivered a superlative last effort to reach a tally of 296.1 and though Kobayashi produced the next-best jump of the round, he fell just short on 292.8.

"It was probably two of my best jumps," Lindvik said after becoming Norway's first gold medallist in the large hill since 1964. "It's pretty sick that I managed to perform two good jumps when it counts."

Germany's World Cup leader Karl Geiger, a disappointing 15th in the normal hill, was sitting back in sixth place, more than 10 points off the pace at halfway, but his 144.6 effort earned him the bronze medal.

Poland's Kamil Stoch, rediscovering his best form after an ankle injury disrupted his bid for a third successive gold in the event, finished fourth.

Lindvik, 23, showed terrific nerve to hold it together on his final jump. He had also been the best qualifier for last weekend’s normal hill final but struggled and finished seventh.

He topped the standings again on Friday and this time repeated the form a day later. The distance on his second jump was marginally down on his first, but he gained extra style points to pile the pressure on Kobayashi.

Last week Kobayashi was in the same position, last to go, and duly delivered to move past Austrian Manuel Fettner, ending a 50-year Japanese gold medal drought in the normal hill.

He can hardly be accused of faltering on Saturday, nailing 145.8 -- the third best score of either round on the night but not quite enough to close the gap.

Timi Zajc, who helped Slovenia to win mixed team gold during the week, was third at halfway but slipped to sixth.