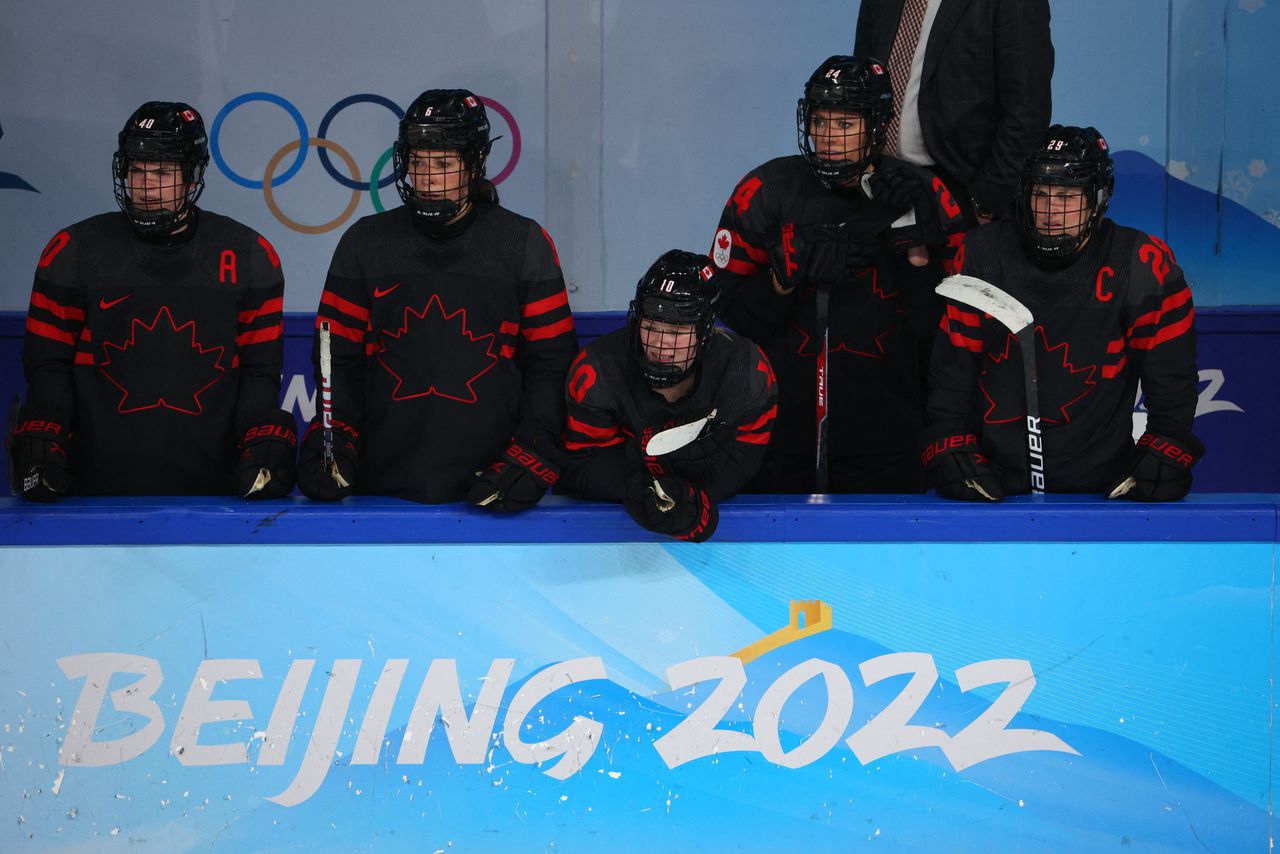 BEIJING (Reuters) - Arch rivals Canada and United States face one more hurdle before their anticipated Olympic women's final showdown, with semi-final challengers trying to cut off their path to gold on Monday.

The perennial hockey powerhouses were widely tipped to contend for the championship in Beijing, but Switzerland and Finland hope to spoil the party, facing off against Canada and the U.S. respectively.

For Finland, the pairing offers a chance of sweet revenge after they lost to the Americans 5-0 in the Pyeongchang Olympic semifinal and 2-1 in the 2019 World Championship final.

"We have great memories from playing against them and we're going to take the power from there and keep going," said Finland head coach Juuso Toivola. "(There is) a sense of revenge."

Thrice bronze-medal winners Finland lost 5-2 to the Americans in their Beijing opener before losing two more games in the preliminary round but said they had found their footing after cruising past Japan 7-1 in their quarter-final.

Sochi bronze winners Switzerland outgunned Russian Olympic Committee (ROC) 4-2 in a tense quarter-final on Saturday to set up their meeting with Canada, having already achieved their Beijing dreams.

"Our main goal was the quarter-finals but we are not done yet. We want to go on from here and get that medal," said Pyeongchang Olympian Dominique Ruegg, who helped her team to get a fourth-place finish at the World Championships last year. "We just want to keep going."

They will contend with a Canadian squad bent on reclaiming the gold after the U.S. ended their run of four straight Olympic titles in 2018.

The Canadians have swatted aside every opponent in their path thus far, scoring a jawdropping 44 points in five games.

"We have been through a lot. The last Olympics we came up short of our goal of winning the gold medal. Stuff like that really stings," said Blayre Turnbull, who has recorded three goals and two assists for the Canadians.

(Reporting by Amy Tennery in Beijing; editing by Clare Fallon)