Olympics-Keep Games free from politics, even if it's a peace message-IOC 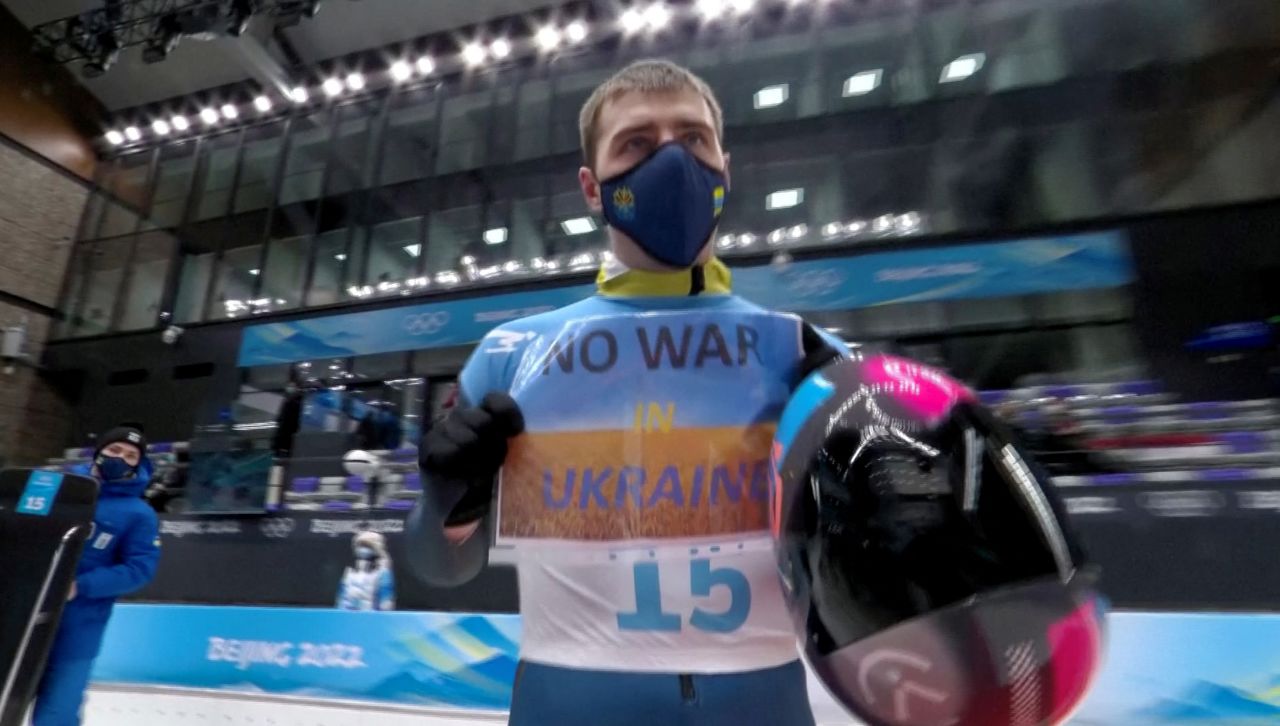 BEIJING (Reuters) - A Ukrainian skeleton slider who between runs at the Beijing Olympics held up a sign reading "NO WAR IN UKRAINE" in reference to the tense situation with Russia, did not repeat it after contact with the International Olympic Committee, the IOC said.

Vladyslav Heraskevych used his moment in the Olympic spotlight to make the gesture of peace after completing his third run in the men's skeleton event at the Yanqing National Sliding Centre on Friday night.

The 23-year-old briefly flashed the paper sign reading "NO WAR IN UKRAINE". He did not do it again after his last run.

"When that case occurred the night before last we spoke to the team and athlete and explained the situation to him," IOC spokesperson Mark Adams said on Sunday.

"In his final run he ran without that. He understood. We all want peace but everyone has agreed, and athletes agreed, the field of play and podium is not the place for any kind of statement.

The IOC's Rule 50 originally forbade athletes from any form of political protest at the Games. A revision prior to last year's Tokyo Summer Olympics now gives athletes more freedom to express political views while still banning such actions on the podium during medals ceremonies.

Athletes can raise political or social issues at their press conferences and the Olympic village while also making their gestures on the field of play, the rule says, provided there is no disruption or disrespect to fellow competitors.

"For us it (keeping politics out of the Games) is axiomatic. It is the fundamental core to what we do. The message was understood and not repeated," Adams said.

Russia's military moves are being closely scrutinised as its massing of troops near Ukraine and a volley of hawkish rhetoric have rattled the West and sparked concern it plans to invade Ukraine.

Moscow denies any plan to invade, saying it is maintaining its own security against aggression by NATO allies.