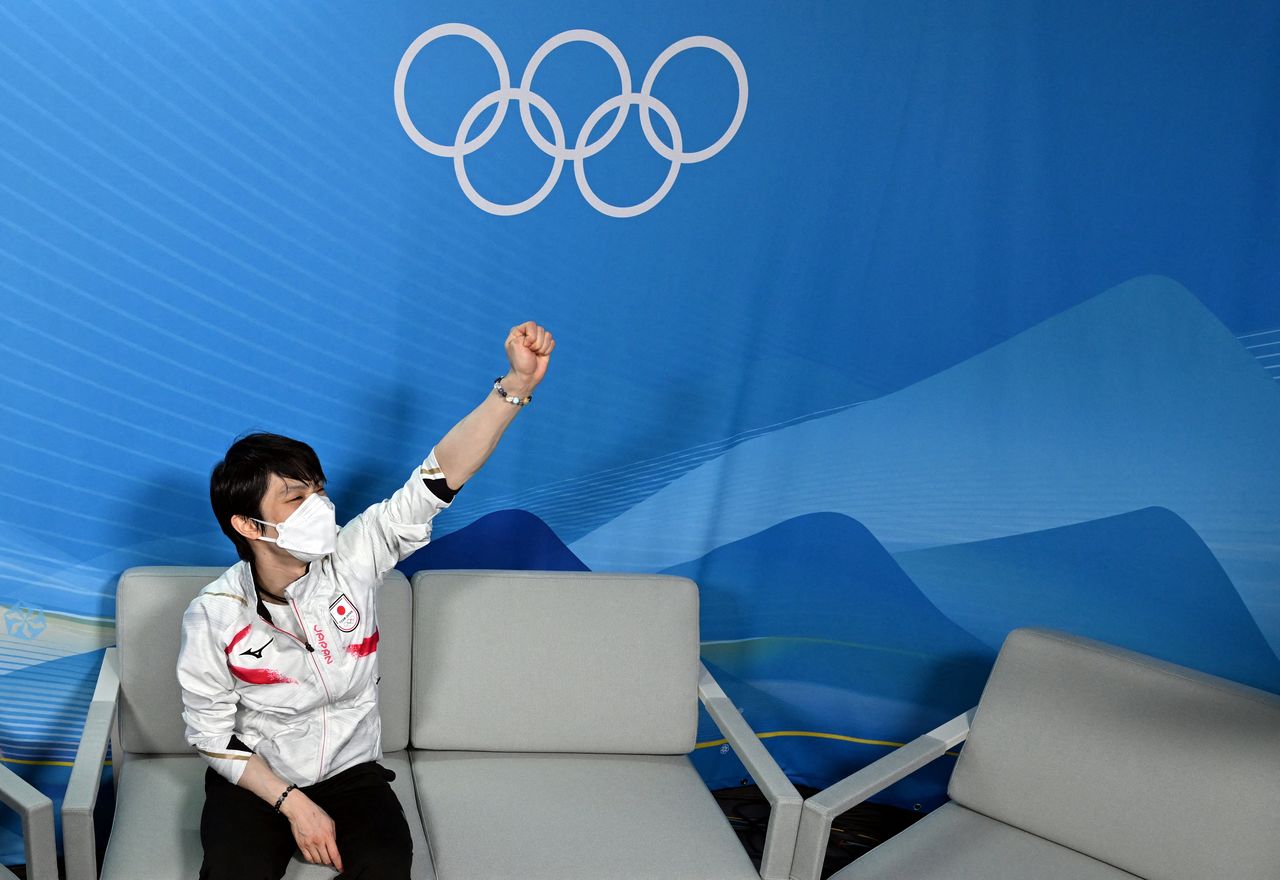 BEIJING (Reuters) - Japanese Olympics authorities on Sunday sought to head off speculation after the scheduling of a news conference by Yuzuru Hanyu ignited online chatter over a possible retirement by the figure skating great.

The Japanese Olympic Committee (JOC) told members of the media that Hanyu, who missed the podium at the Beijing Games last week with a fourth-place finish, would hold a 30-minute news conference at 1730 local time (0930 GMT) on Monday.

Social media lit up as soon as word got out, with users debating the chances of the former champion quitting or even perhaps the announcement of an engagement. Some suggested the timing of the news conference was aligned with the evening news cycle in Japan.

"This news conference was set up because we have had numerous requests for one-on-one interviews, which are difficult to arrange," the JOC said in a follow-up email.

"It is not a news conference at which Hanyu is planning an announcement. We ask that you refrain from speculative reporting."

Hanyu, who won gold at the 2014 and 2018 Winter Games as well as two world titles, had told reporters after his competition in Beijing that he wanted to take time to think about whether to compete at the world championships next month.