No Olympic medals will be awarded at the women's singles event on Thursday if Valieva finishes in the top three, with Games chiefs saying they would only present the prizes once her doping case was resolved.

The Court of Arbitration for Sport (CAS) upheld an earlier decision by the Russian Anti-Doping Agency (RUSADA) to lift a ban on Valieva.

The skating prodigy took to the Beijing ice half an hour after the CAS ruling, executing a flawless practice run of the short programme she will skate in Tuesday's women's singles, the first day of the two-skate event.

CAS cited the fact that Valieva was a "protected person" under World Anti-Doping Agency (WADA) rules as one of the "exceptional circumstances" underpinning its decision.

Preventing Valieva from competing at the Olympics would have caused the teenager irreparable harm, CAS said in its ruling.

The figure skater is one of the youngest athletes to face a doping charge during an Olympics, prompting global outrage at the role of the adults around her and the continuing scourge of Russian doping in international sports.

In contrast, Sarah Hirshland, CEO of the United States Olympic & Paralympic Committee, said in a statement after the ruling: "This appears to be another chapter in the systematic and pervasive disregard for clean sport by Russia."

WADA said it was disappointed with the ruling which was not in accordance with its own code.

"The doping of children is evil and unforgivable," WADA President Witold Banka told Reuters. "My message to clean athletes is that we will do everything to investigate this case properly."

The CAS ruling did not address the merits of Valieva's drug case. That now sits in the hands of anti-doping authorities.

No timeline nL8N2UP3HT has been given for adjudicating her case. Many fear it will not be resolved by the end of the Games.

WADA said it was up to RUSADA to first hold a hearing on the positive drug test.

"As it does for every case, WADA will review the outcome to make sure it is in line with the code and, if appropriate, can appeal the case to CAS," it said.

The Russian Olympic Committee called for a "full and impartial" investigation into the case.

U.S. Anti-Doping Agency CEO Travis Tygart said: "Only time will tell if she (Valieva) should be competing in these Games and whether or not all of her results will be disqualified".

IOC spokesman Mark Adams said the awarding of medals for the team event could not go ahead until the doping case was addressed. The IOC said in a statement that it would be inappropriate for the ceremony to take place during the Games.

The Kremlin said it hoped Valieva and her team mates would receive their medals soon.

Valieva tested positive for the banned heart medication Trimetazidine on Dec. 25 at the Russian National Championships, but the result was not revealed until Feb. 8 after she had competed in the team event at the Winter Games.

The Russian dazzled the skating world by becoming the first person ever to successfully land quad jumps in the women's Olympic competition.

CAS emphasised the "serious issues of untimely notification of the results" in its decision.

"Such late notification was not her fault, in the middle of the Olympic Winter Games," the ruling said.

WADA blamed RUSADA for not asking the laboratory to fast-track Valieva's sample in order for it to be analysed before the Olympics.

"According to information received by WADA, the sample in this case was not flagged by RUSADA as being a priority sample when it was received by the anti-doping laboratory in Stockholm, Sweden," it said.

"This meant the laboratory did not know to fast-track the analysis of this sample."

Tygart said it was another case of Russia not following the rules.

"In addition to athletes and the public, this young athlete has been terribly let down by the Russians and the global anti-doping system that unfairly cast her into this chaos," he said.

American former Olympic champion Tara Lipinski posted on Twitter: "At the end of the day, there was a positive test and there is no question in my mind that she should not be allowed to compete.

"Regardless of age or timing of the test/results. I believe this will leave a permanent scar on our sport." 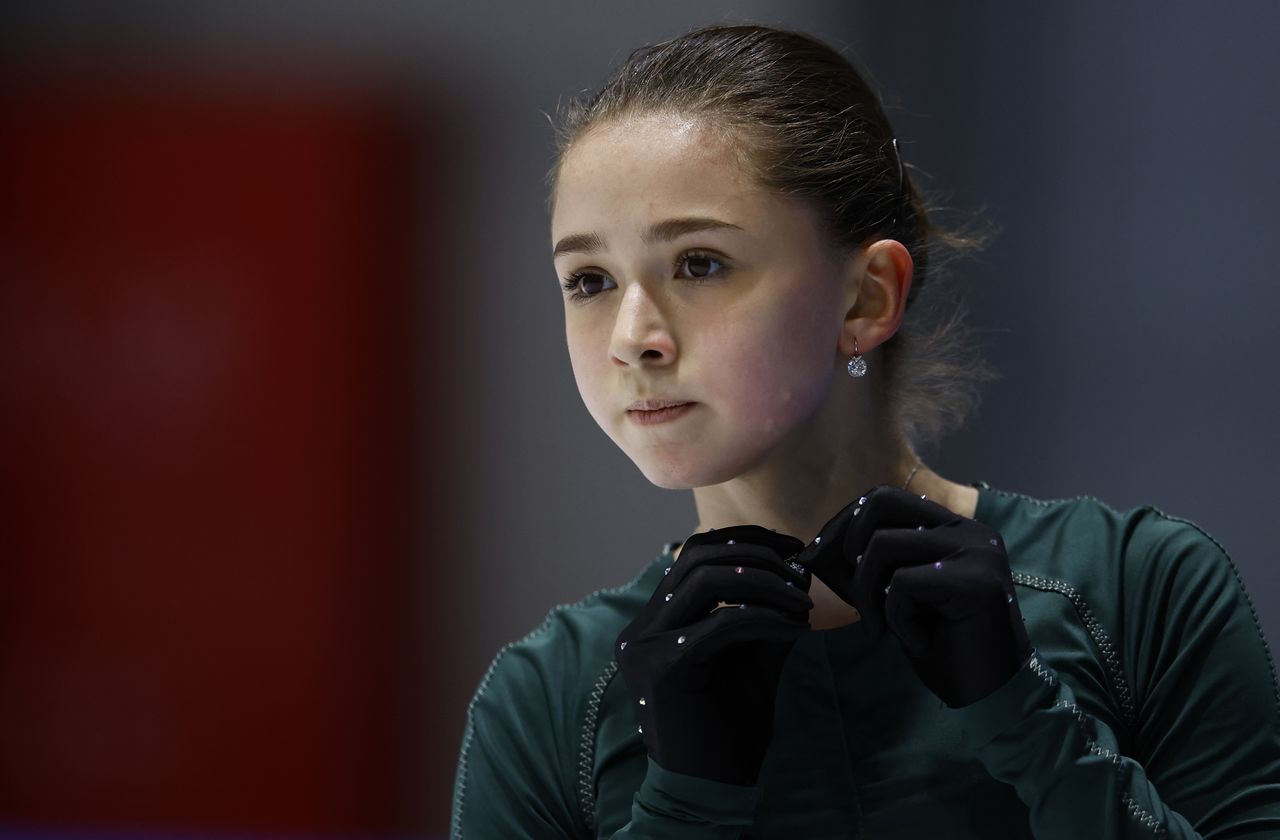 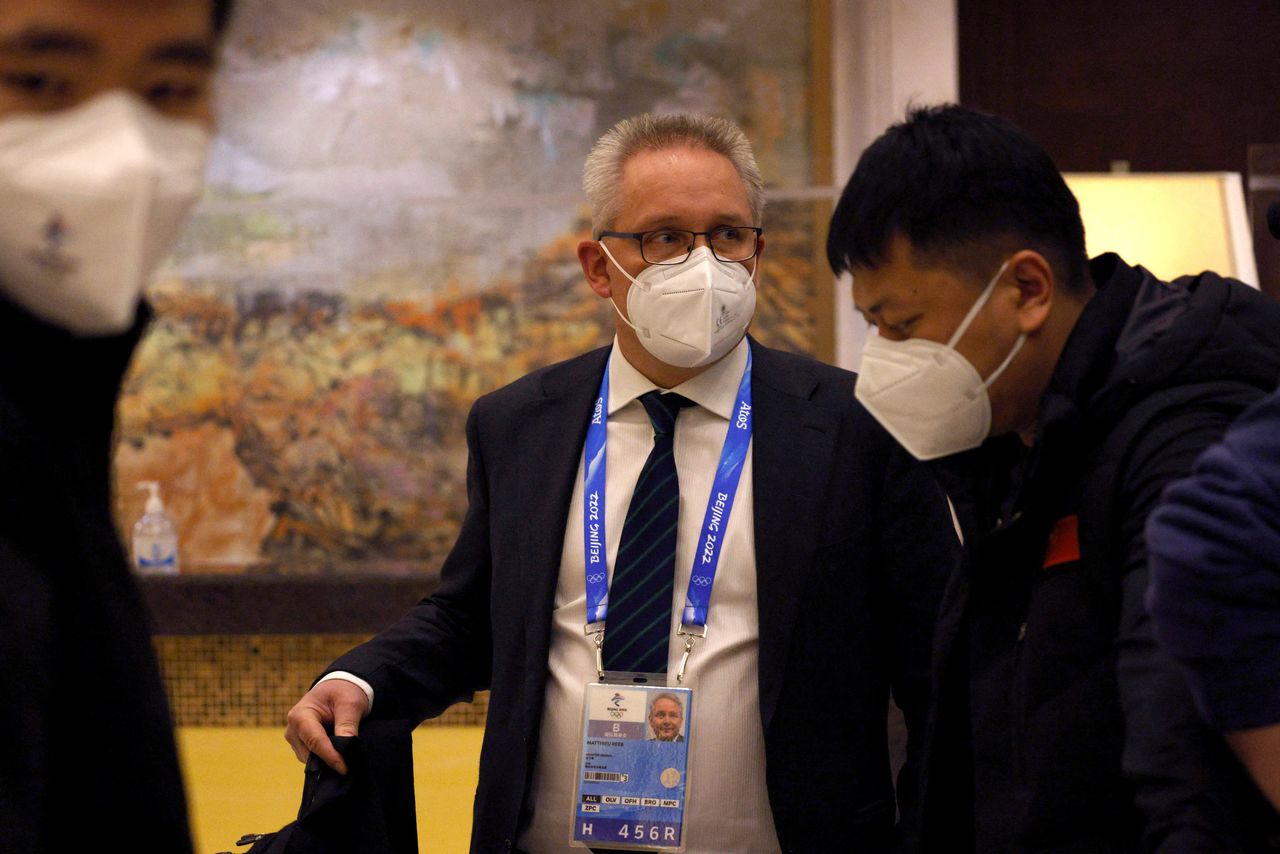 CAS (Court of Arbitration for Sport) Director general Matthieu Reeb leaves after the hearing of the investigation of 15-year-old Russian figure skater Kamila Valieva, who tested positive for a banned drug at the Beijing Winter Olympics, in Beijing, China, February 14, 2022. REUTERS/Tyrone Siu