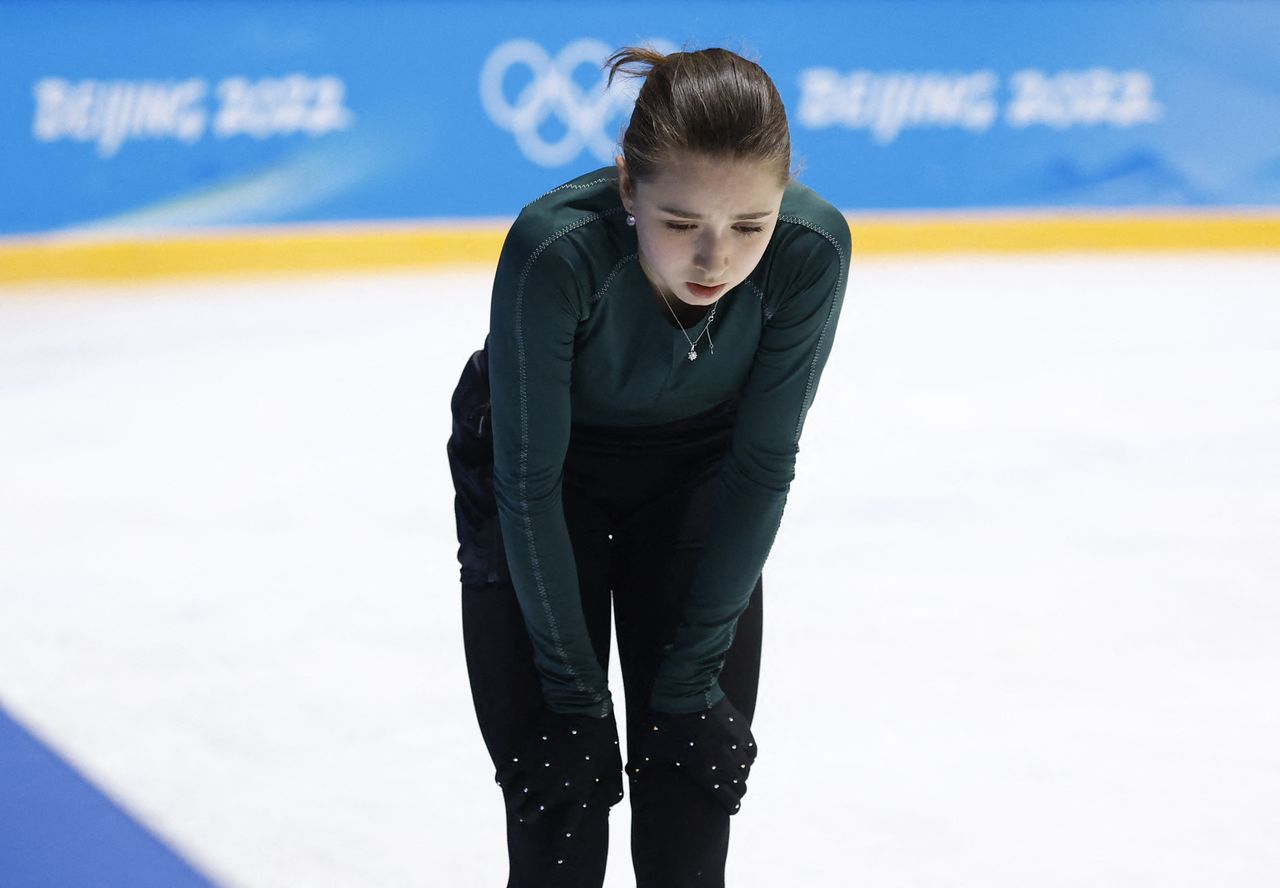 BEIJING (Reuters) - The World Anti-Doping Agency, the International Olympic Committee and the International Skating Union on Monday were digging in for the long haul in Russian Kamila Valieva's doping case, after the 15-year-old figure skater was cleared to compete at the Beijing Games.

The Court of Arbitration for Sport (CAS) cleared the gold medallist from the team event to skate in her next Olympic event on Tuesday despite the doping charge against her, which has rocked the world of figure skating.

CAS upheld an earlier decision by the Russian Anti-Doping Agency (RUSADA) to lift a provisional ban on Valieva, after she had tested positive on Dec. 25 for a banned substance.

No medals will be awarded in either the team event won by the Russian Olympic Committee or the individual women's event starting on Tuesday should Valieva finish in the top three, the IOC said.

That is because the Russian's doping case from the national championships in December still needs to run its course through RUSADA - responsible for sanctions on the national level - and potentially through the World Anti-Doping Agency (WADA) and CAS again.

CAS only ruled on the provisional suspension that is automatic for any positive case and which RUSADA lifted on Feb. 9, one day after her positive test became known about - and six weeks after the sample was taken.

Once RUSADA decides officially on the sanctions then it is up to WADA whether to appeal that decision. In case of an appeal, the IOC can only consider awarding the final medals for the two events once her doping case has been finalised by CAS.

Any other move by the IOC prior to that could force it to take medals back and re-award them, which the Olympic body does not want to do.

"So the decision simply confirms the need for all samples collected pre-Games to be analysed pre-Games as requested," former WADA Director General David Howman told Reuters.

There has been no explanation of why the sample took six weeks to be analysed at the WADA-accredited lab in Stockholm and who is to blame for the delay, although RUSADA blamed COVID-19 infections and WADA said the Russian agency had not urged the lab to fast-track the testing.

The lab itself has refused to comment, while the Russian side has firmly blamed it for the delay which CAS in turn said was one of the reasons for lifting the provisional ban.

The United States were second in the team skate, Japan took bronze and Canada were fourth.

"Now all will have to wait for post-Games decisions and appeals before certainty," Howman said. "The system works if people monitor it and enforce it. All samples collected from athletes going to the Games need to be analysed before."

"This is now embarrassing for all and for athletes hardly reassuring that the promised clean Games are being delivered," he added.

The IOC is no stranger to re-awarding medals, as it stores samples for 10 years and retests them with newer methods to root out drugs cheats, sometimes reallocating medals years later.

In this case, however, it has taken the unprecedented step of not awarding the medals before even the start of the individual competition, leaving athletes somewhat in the dark about the outcome of their performances.

"Athlete who violates (sic) doping cannot compete in the game. This principle must be observed without exception," 2010 Olympic figure skating champion Kim Yuna wrote on Instagram after the CAS ruling. "All players' efforts and dreams are equally precious."