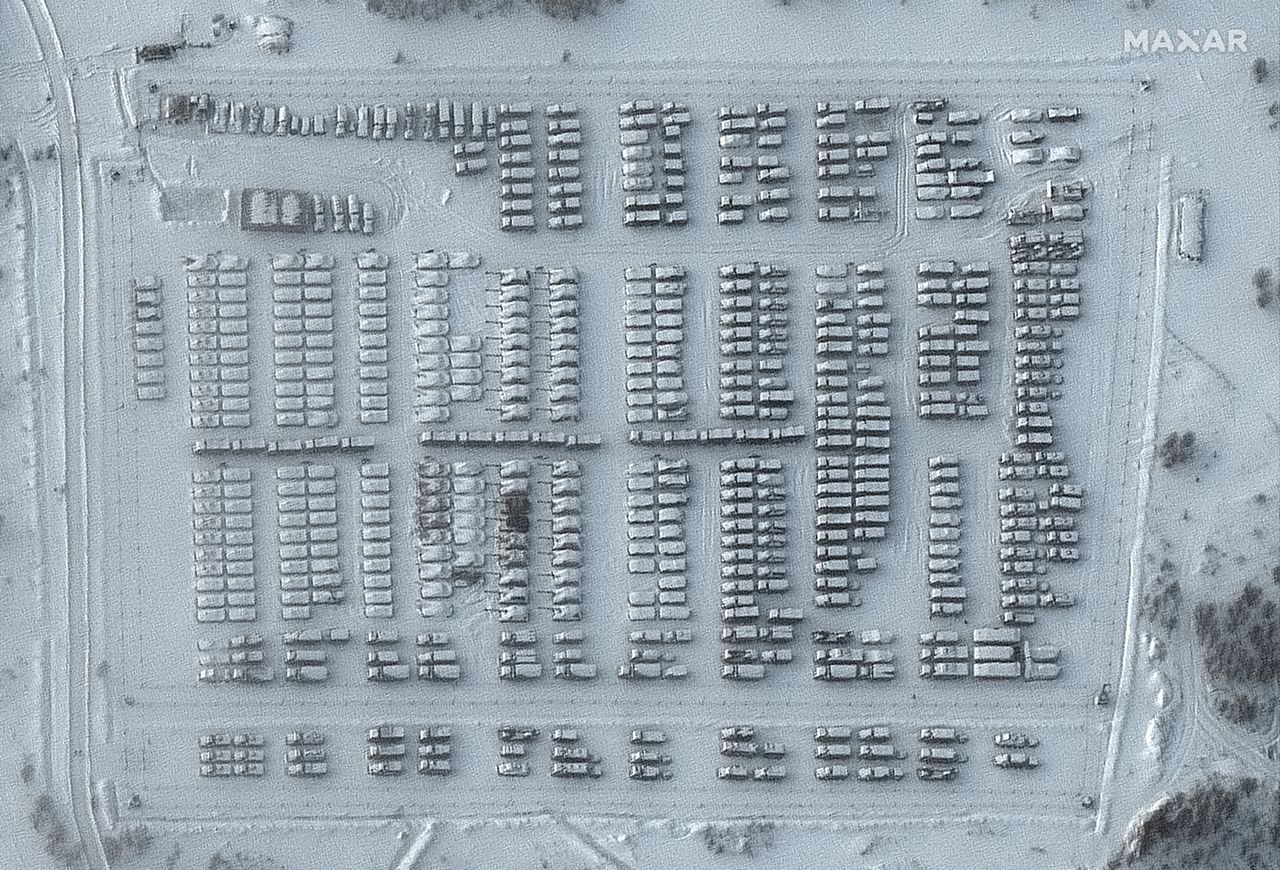 By Tim Hepher and Allison Lampert

PARIS/MONTREAL (Reuters) - Airlines and the leasing companies that control billions of dolllars' worth of passenger jets are drawing up contingency plans for a freeze in business with Russia if the standoff on Ukraine's border boils over into a military conflict.

U.S. officials have warned that Moscow could launch an attack on Ukraine after amassing more than 100,000 troops close to its neighbour's border, with the West preparing heavy sanctions.

Aviation bosses are worried about the impact on dealings with Russian companies. Sanctions could disrupt payments to leasing firms, and any retaliatory move by Moscow to restrict access to Russian airspace might throw east-west trade into chaos.

"We are expecting an asymmetrical Russian response," said a Western source involved in drawing up scenarios, adding the West was unlikely to restrict its own airspace first.

Without access to Russia's airways, experts say airlines face having to divert flights south while avoiding areas of tension in the Middle East - adding significant cost at a time when airlines are reeling from the pandemic.

According to some reports, the crisis has resurrected the Cold War prospect of European jets heading over North America to refuel in Anchorage, then dropping down to destinations such as Tokyo, pushing the economics of such flights to the limit.

So far, Alaska's largest airport has not been contacted by any airline exploring that option, which would require an increase in ground-handling capacity, a spokesperson said.

But the scenario is a reminder that Russia's size and position on the aviation map gives it leverage not available to the Soviet Union when economies were less integrated, according to Elisabeth Braw, senior fellow at the American Enterprise Institute.

"So far, Moscow hasn't threatened to revoke overflight rights, but knows it has a phenomenal weapon at its disposal," Braw wrote in a column in Defense One last month.

Even short of formal retaliation, experts say the impact on crucial Russian overflights is hard to predict.

"Every one of those operations requires advance clearance and that's not always routinely granted. And there's every reason to believe that if things got serious some of those requests could just go unanswered," analyst Robert Mann said.

That's up 16% from coronavirus-depressed levels in 2020 but still 37% below pre-crisis traffic in 2019, according to the Federal Agency for Air Transport.

"It would be devastating in normal circumstances, but Asia traffic is lower than normal," the Western source said.

As tensions rose in recent months, U.S. airlines raised concerns that Russia could refuse to extend overflights, disrupting connections to Asia, India and the Middle East.

If there is an emergency, we have no choice but to avoid Russia and fly the southern route," said Yuji Hirako, president and chief executive of All Nippon Airways Co Ltd. "Since the demand for international flights is so low due to the coronavirus pandemic, we may choose not to fly in the event of an emergency."

In October, U.S. carriers asked the State Department to "act urgently" to secure additional rights to overfly Russia, according to a trade group's letter seen by Reuters. U.S. officials are expected to meet the carriers within days.

For the aircraft leasing industry, Russia has until now been a relative bright spot, as airlines have largely kept up with payments during the pandemic, one leasing company executive said.

Even as some airlines began avoiding Ukraine on Monday, leasing companies were eyeing larger risks in Russia.

"So we're focused on ensuring of how do we get around that from the payment of our rentals perspective," he said.

Russian companies have 980 passenger jets in service, of which 777 are leased, according to analytics firm Cirium.

Of these, two thirds, or 515 jets, with an estimated market value of about $10 billion, are rented from foreign firms.

"If there are sanctions on dealing with Russian companies, this could affect more than 500 aircraft if no exemptions are allowed," said Rob Morris, head consultant at Ascend by Cirium.