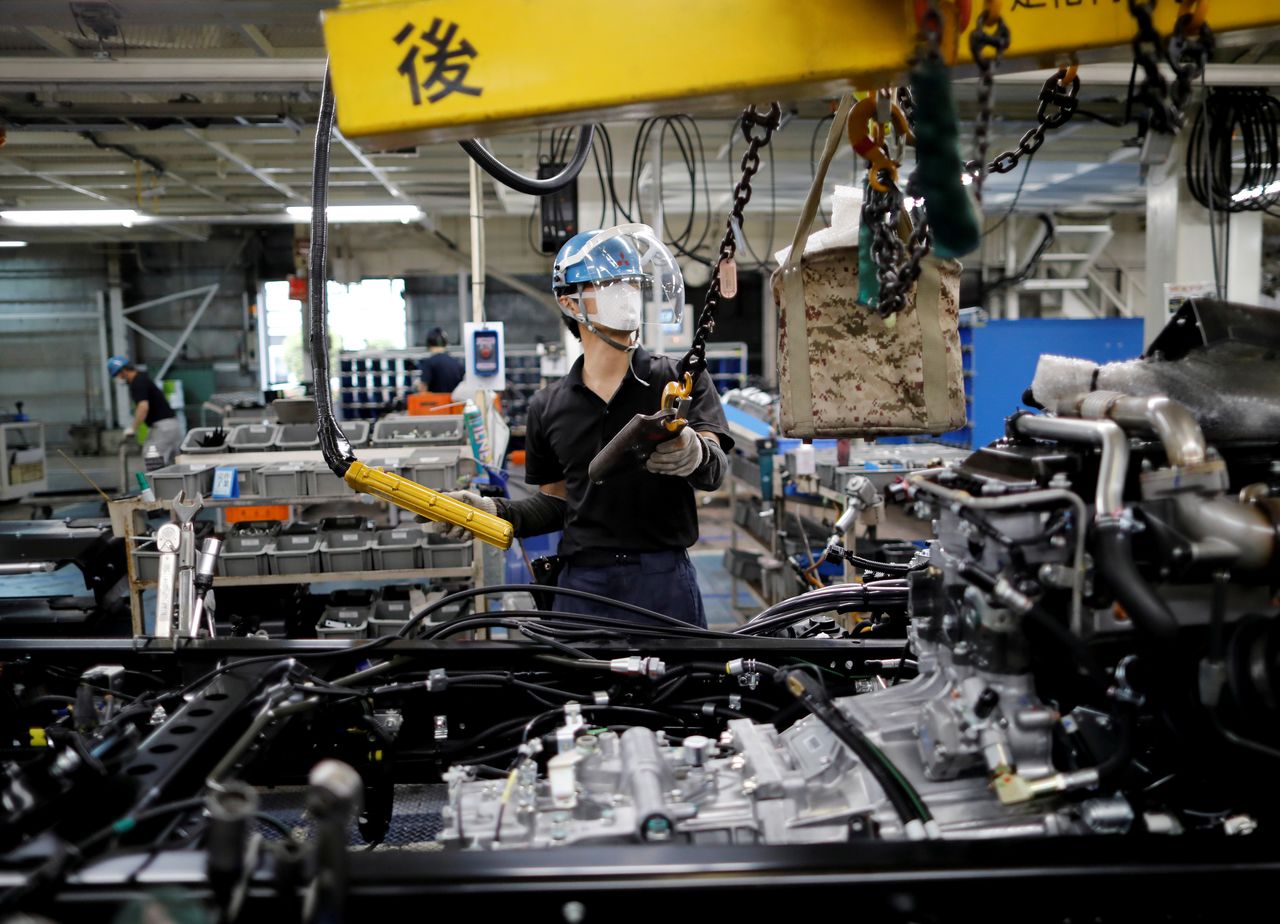 Manufacturers were less optimistic about the three months ahead than they were in January, while service-sector firms' outlook held up, according to the poll that tracks the Bank of Japan's (BOJ) closely watched "tankan" quarterly survey.

In the poll of 502 big and mid-sized companies - of which 244 responded - managers expressed concerns about the Omicron variant's rapid spread and its impact on their business operations and demands.

"The spread of the coronavirus and semiconductor shortage have obscured our parts supply outlook," a manager at a transport equipment manufacturer said in the Feb. 1-10 poll.

The Reuters Tankan sentiment index for manufacturers fell to 6 in February from 17 in January, hitting its lowest since last March. The service-sector index slipped for the first time in five months, to 3 from the prior month's 8.

Manufacturers including Toyota Motor Corp and Suzuki Motor Corp have been forced to temporarily close some plants after facing supply chain disruptions, chip shortages and pressure from a record surge in COVID-19 infections at home.

The poll also showed companies continued to confront surging commodity costs, which have started to hurt firms at the lower end of the supply chain such as consumer staples makers and service providers.

"Rising fuel and material prices have been pushing up production costs," a food maker manager said.

"Our profit margin is shrinking with a weak yen and soaring raw material prices, while the cost pass-through (to clients) hasn't been successful," a manager at a manufacturing company wrote in the survey.

Among manufacturers, only firms in the oil refinery and ceramics sub-sector saw an improvement in business conditions, while sentiment in the other sub-sectors held steady or worsened, according to the poll.

Most non-manufacturers were wary of downside factors such as the Omicron outbreak and higher costs. But some retailers and technology firms expect to benefit from people dining at home and from remote working lifestyles, the poll showed.

Manufacturers' business confidence was projected to rise to 18 in May, the Reuters Tankan poll showed, but that was a less positive forecast for the coming three months than in January's poll.

The mood among service sector firms was expected to increase to 14 in May, the poll showed.

The world's third-largest economy is facing headwinds in the current quarter from extended COVID-19 curbs on consumer activities, which had previously driven a strong rebound in the final quarter of last year.