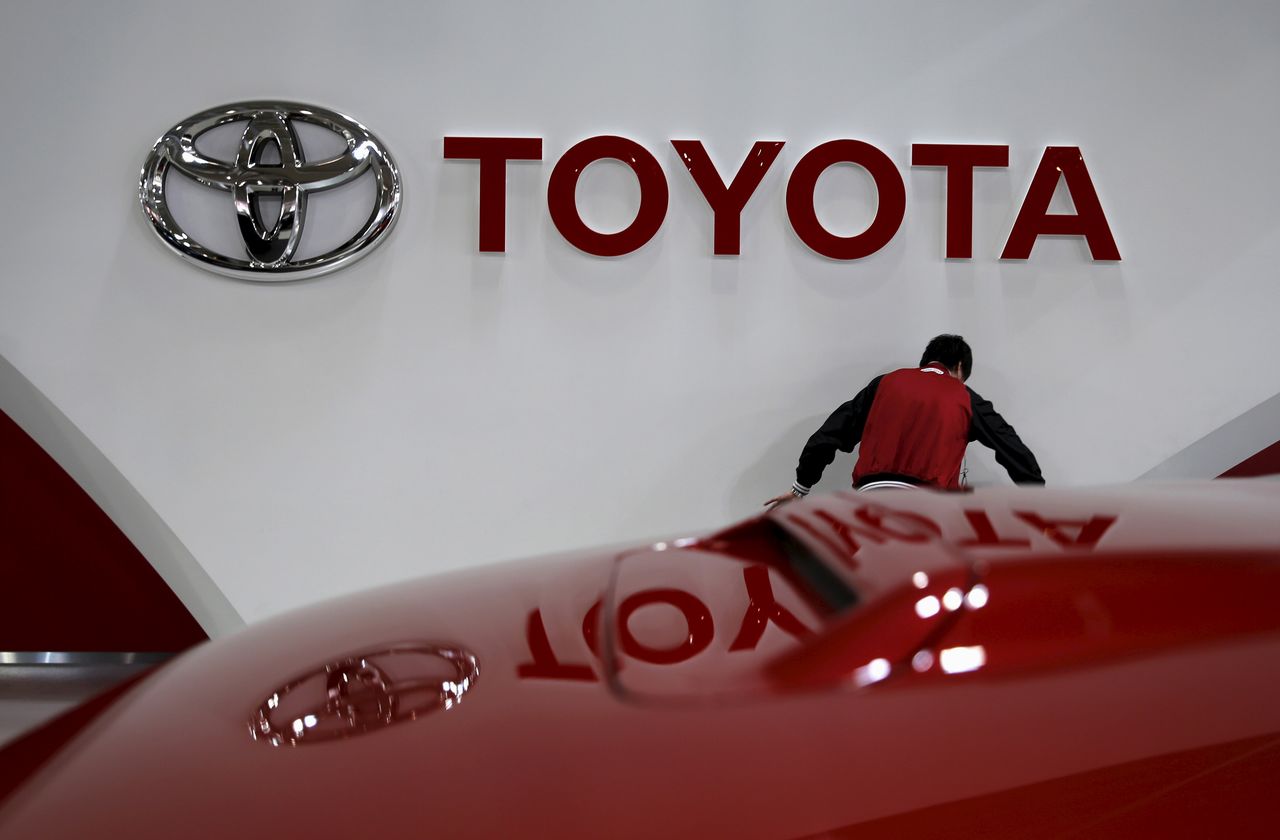 FILE PHOTO: An employee works under a Toyota Motor Corp logo at the company's showroom in Tokyo, Japan February 5, 2016. Toyota Motor Corp raised on Friday its full-year sales forecast for North America due to strong demand in the United States, while posting a lower-than-expected operating profit for the third quarter due to an increase in expenses. REUTERS/Toru Hanai

The Japanese automaker's three plants in Ontario, where it builds its best-selling RAV4 sport utility vehicle and other vehicles, had halted production last Thursday after protesters had blocked traffic to a key Detroit-Windsor bridge. Toyota said Monday its plants in West Virginia, Kentucky and Alabama were still facing production impacts even after the bridge reopened.