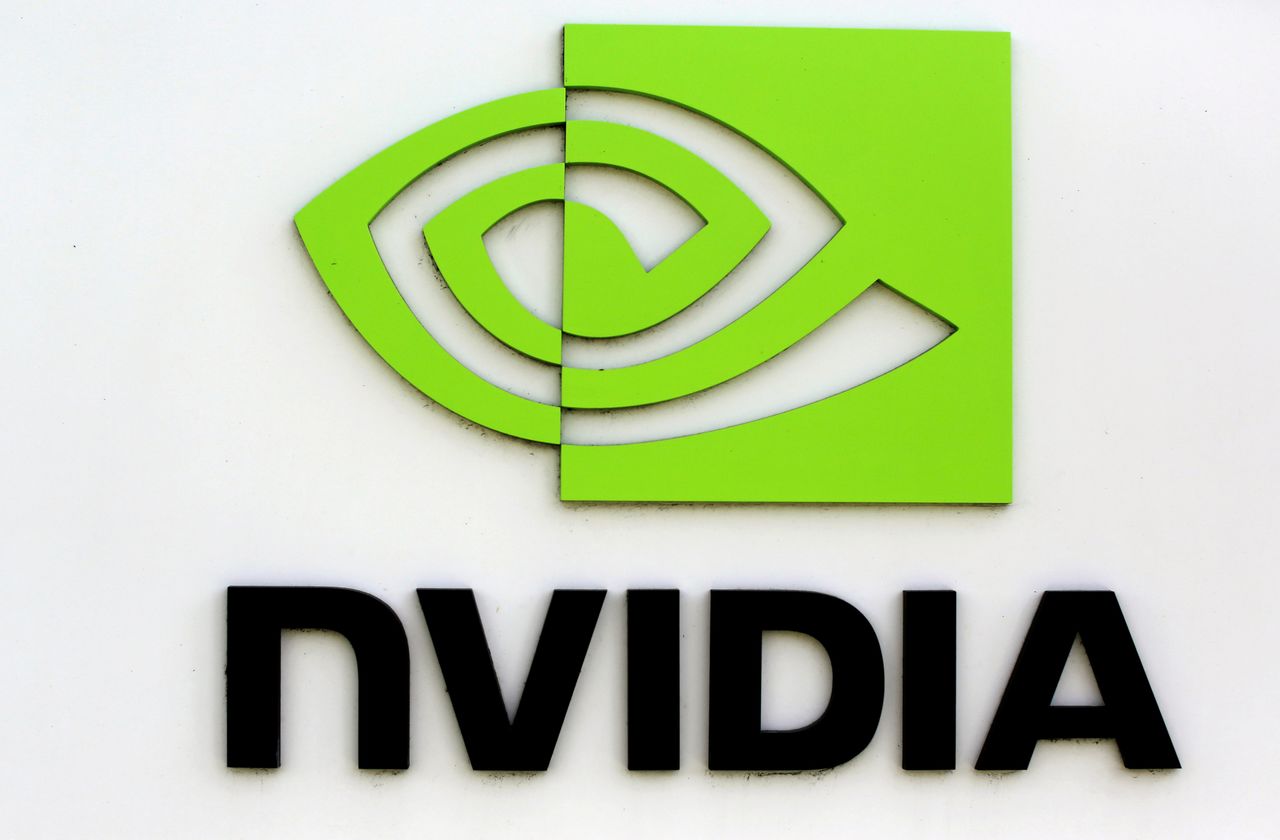 But flat gross margins from the previous quarter and concern about Nvidia's exposure to the crypto market pushed shares down 2.8% in after-hours trading.

Nvidia expects first-quarter revenue of about $8.1 billion, compared with analysts' estimates of $7.29 billion, according to IBES data from Refinitiv. Data center revenue grew 71% to a record $3.26 billion in the fourth quarter.

Chief Executive Jensen Huang also told analysts on a call that business was constrained by supply but he expected that to improve.

With tech firms venturing into the "metaverse" and a spike in demand for data centers, revenue is surging for Nvidia, the world's largest maker of graphic and artificial intelligence chips, and for other chip makers.

Nvidia reported fourth-quarter revenue of $7.64 billion, a record, compared with estimates of $7.42 billion. Its net income rose to about $3 billion in the fourth quarter from $2.46 billion a year earlier.

Still, the company said it sold $550 million in crypto-specific cards in fiscal 2022 ended Jan. 30, and only $24 million in the fourth quarter. Fourth-quarter gaming revenue was a record $3.42 billion, up 37% from a year ago.

"A meaningful part of its gaming sales do include crypto-mining which we think could be volatile. Our most recent industry check does indicate a significant weakness in crypto-mining demand," said KinNgai Chan, analyst at Summit Insights Group.

The results come on the heels of SoftBank Group Corp's collapsed deal to sell chip designer Arm to Nvidia due to regulatory hurdles.

Huang told analysts on the earnings call that Nvidia nevertheless is moving ahead in using the Arm architecture in its products. It is a licensee of the technology, and Nvidia aims to make Arm-based CPUs, the traditional brains of computers, to complement the graphics processors for which it is known.

"We're just thrilled that Arm is now growing into robotics and autonomous vehicles and cloud computing and super computing," said Huang. "In all these different applications, we intend to bring the full spectrum of Nvidia's accelerated computing platform to Nvidia Arm CPUs."

Applied Materials' chief executive, Gary Dickerson, said the supply environment remains challenging and the company is doing everything it can to deliver for customers. The company expected second-quarter revenue of $6.35 billion, marginally below analysts' estimates, according to Refinitiv data.

"Since we are already close to being sold out for the year, we also have a positive growth outlook for 2023," Dickerson told analysts on a conference call, adding demand is very strong and spending on wafer fabrication equipment could reach $100 billion in 2022.