By Gayatri Suroyo and Leika Kihara

JAKARTA/TOKYO (Reuters) -The crisis in Ukraine overshadowed a gathering of finance leaders from the world's top 20 economies that kicked off on Thursday, with host Indonesia's president warning "now is not the time" to create new risks to a fragile global recovery.

Russia's military presence on its borders with Ukraine has led to one of the deepest crises in East-West relations for decades, jolting financial markets and adding to the headwinds facing a global economy emerging from the COVID-19 pandemic.

Geopolitical risks and the economic fallout from the pandemic will likely be among key topics of debate at the G20 finance leaders' meeting, as well as rising global inflation and tighter monetary policy in some regions.

Indonesia's President Joko Widodo urged G20 nations to focus on collaboration to revive a global economy that is "still shaken" from the pandemic.

"In a situation like now, it is not the time for rivalry," he said in opening remarks at the G20 meeting, which many ministers are attending online due to the pandemic.

"It is not the time to create a new tension that disrupts the global recovery, especially one that endangers the safety of the world like what is happening in Ukraine now."

Analysts, however, warn the diverse membership of the G20, consisting of the United States and its allies but also rivals China and Russia, may make policy coordination hard.

In a draft of the G20 communique to be issued at the end of the two-day meeting on Friday, the finance leaders flagged inflation and "(current) geopolitical tensions" as major risks to a global recovery that has become "asynchronous" due to uneven access to COVID-19 vaccines.

The use of brackets in the draft seen by Reuters suggests that the word "current" may be deleted in a final version.

With the U.S. central bank moving toward raising interest rates and some of its counterparts expected to follow suit, the G20 finance leaders are likely to call on major central banks to communicate their intentions clearly to prevent big market swings.

The G20 policymakers are also expected to warn emerging nations to brace for potential market fallout from monetary tightening in major economies, according to a document with the agreed position of European G20 members, seen by Reuters.

"In this regard, global coordination, including a discussion on exit strategy, will be critical," she said.

The G20 faces the difficult task of navigating policy amid global divergences in the pace of recovery from the pandemic.

While cases of the Omicron variant of COVID-19 are receding in many wealthy countries, they are still rising in many developing nations including Indonesia.

The International Monetary Fund warned on Wednesday that downside risks continued to dominate, as renewed mobility restrictions in some countries and supply-demand mismatches are likely to drag on growth.

The IMF has said it will seek G20 support for strengthening a debt restructuring framework for poor countries as default risks rise and demands for easier debt terms increase. 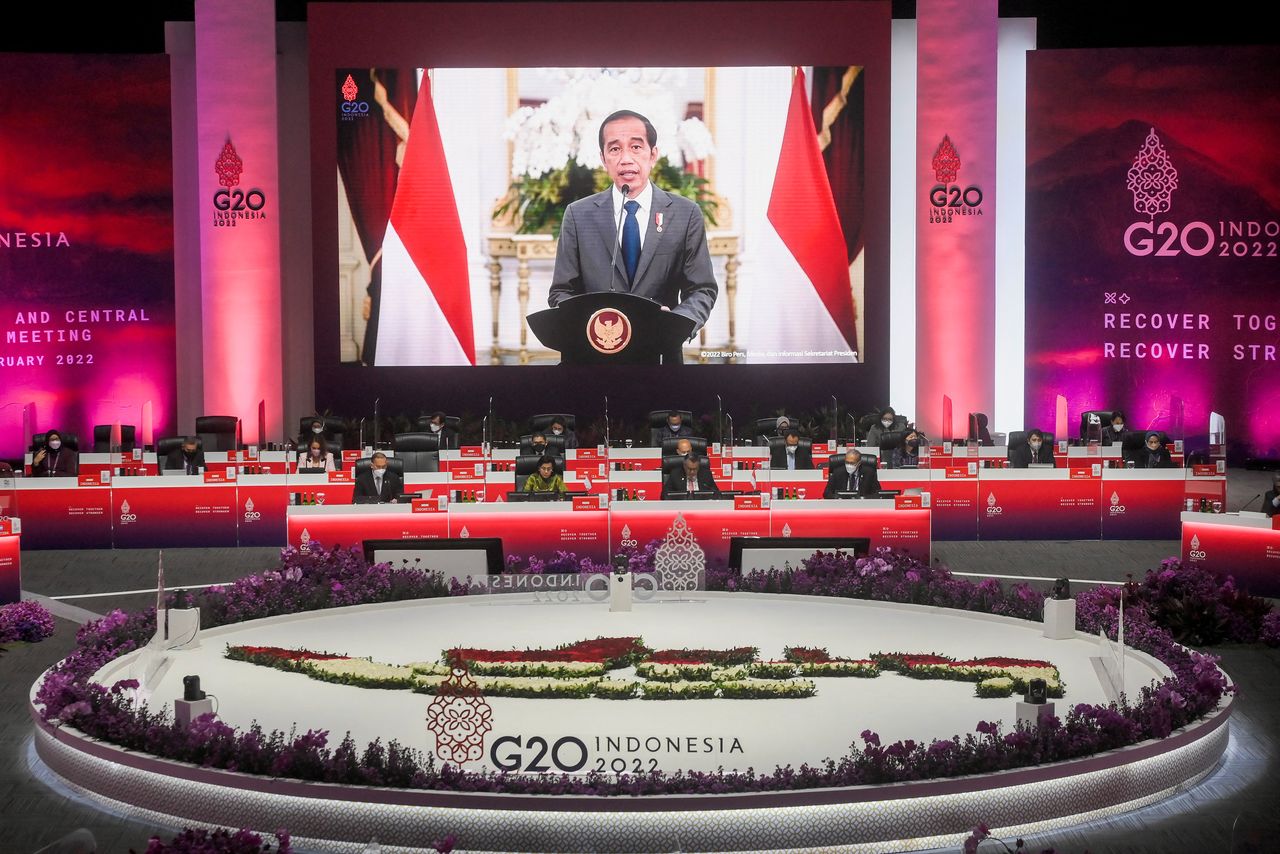 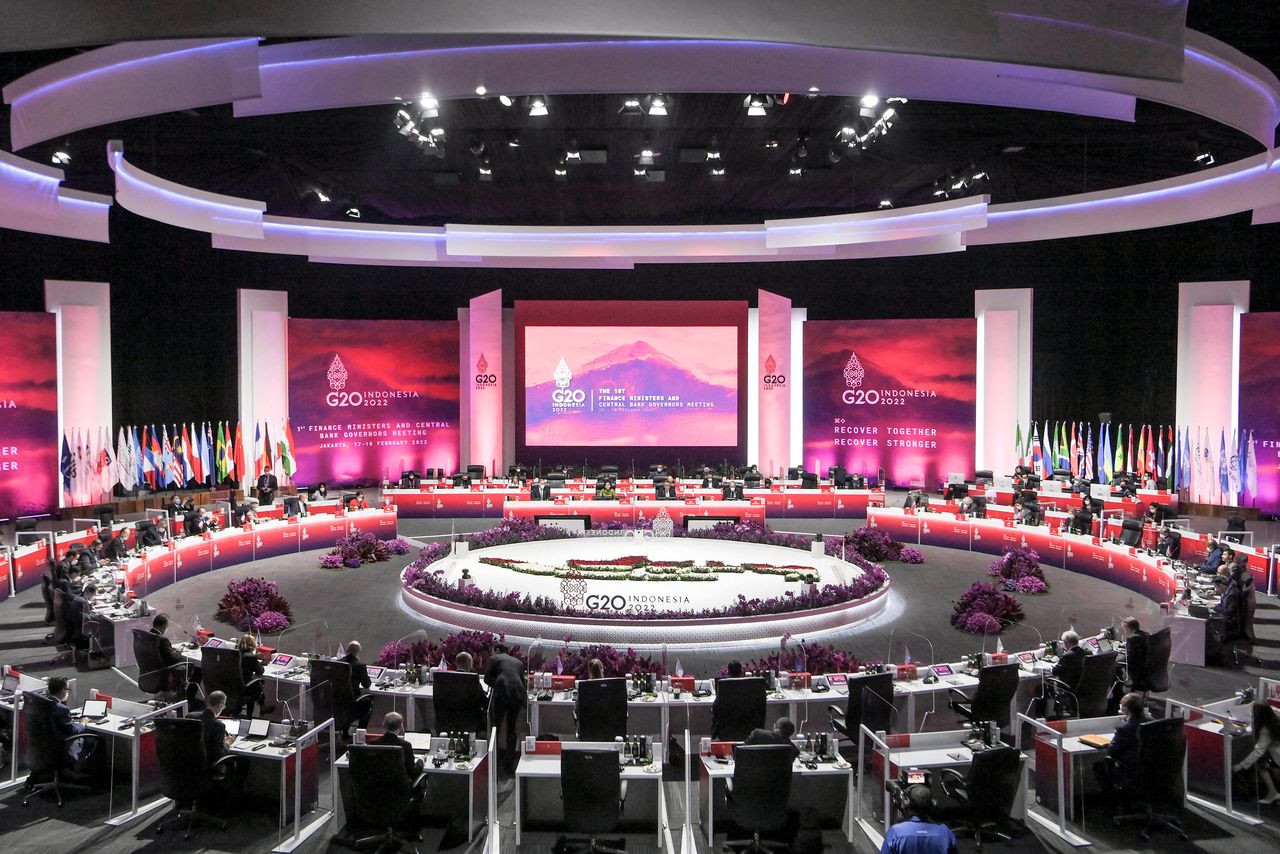 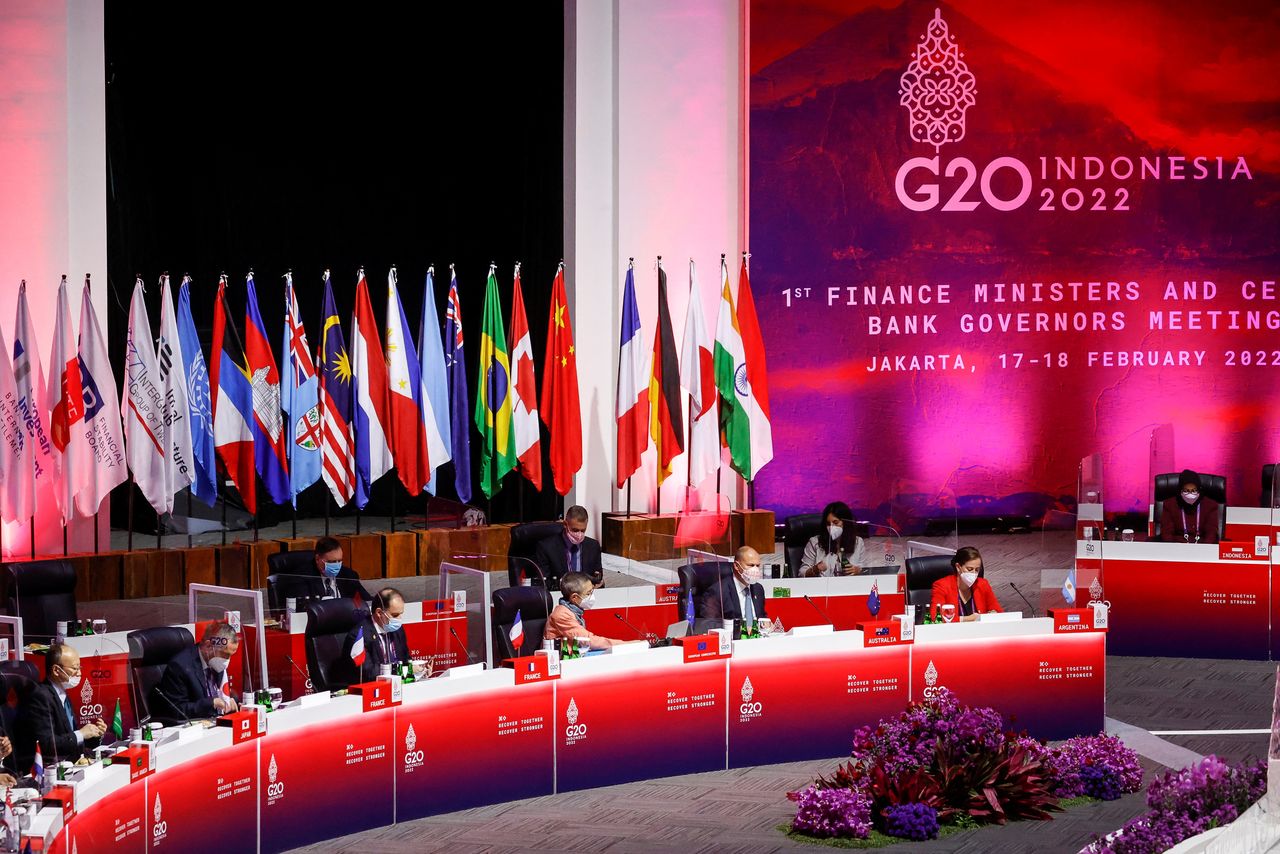 A general view of the opening ceremony of the G20 finance ministers and central bank governors meeting in Jakarta, Indonesia, February 17, 2022. Mast Irham/Pool via REUTERS 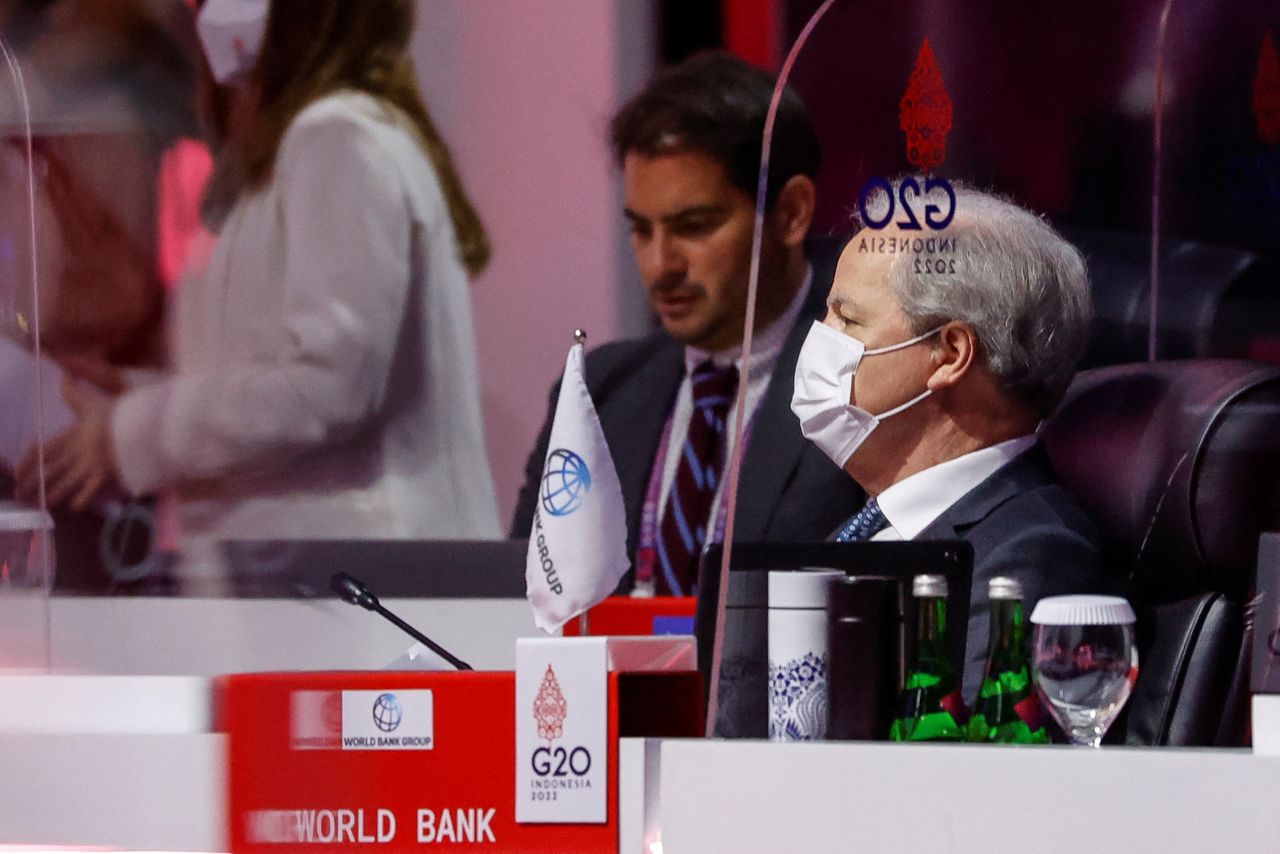 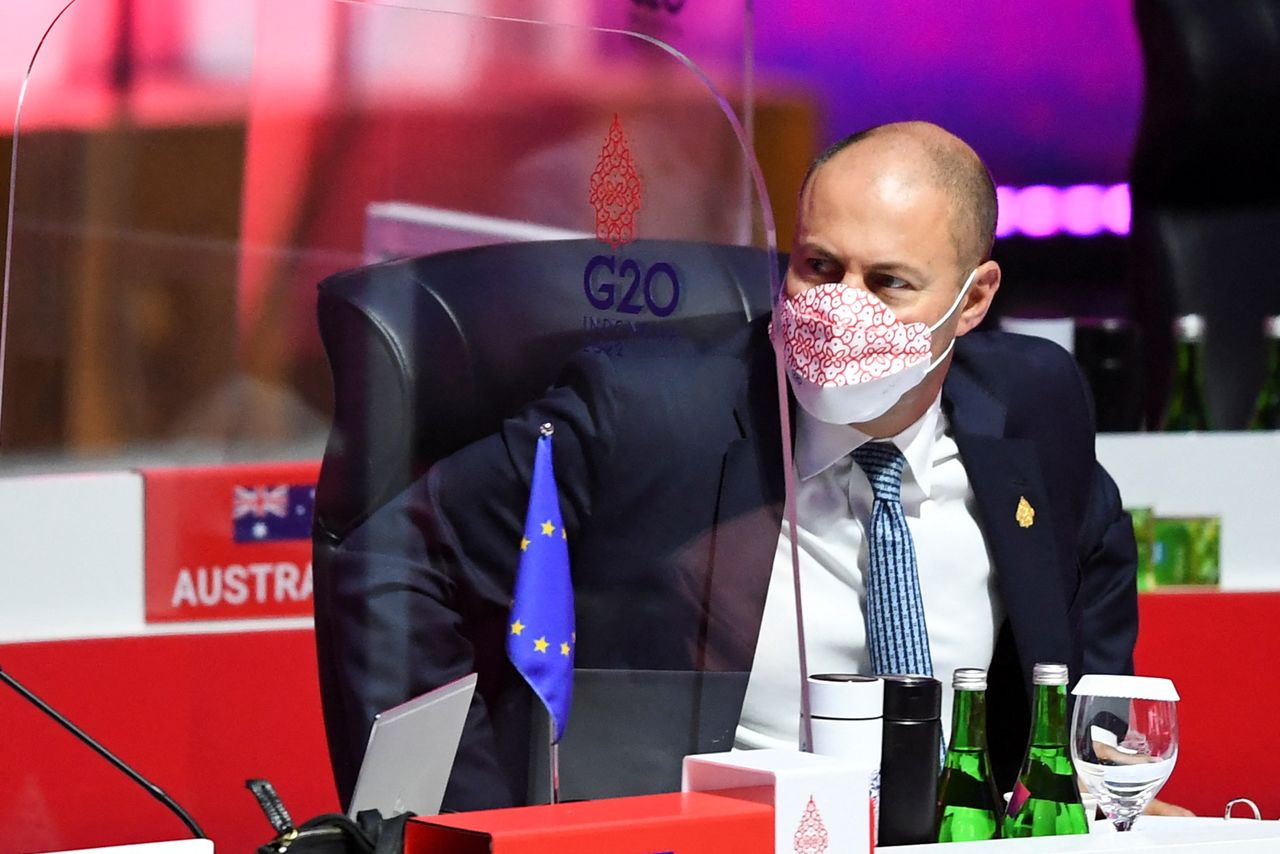