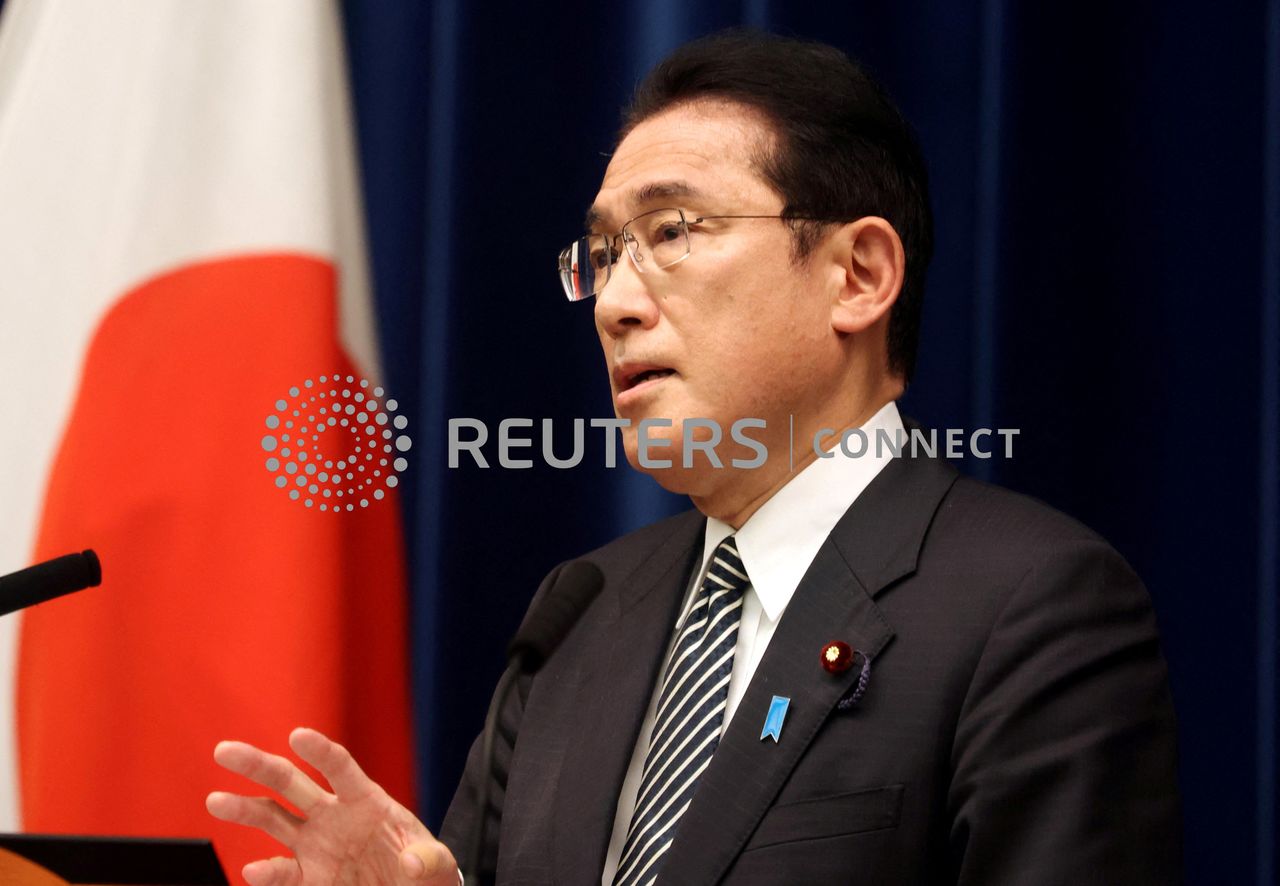 TOKYO (Reuters) -Japanese Prime Minister Fumio Kishida may speak with Russian President Vladimir Putin as early as Thursday night, a government source said, adding that arrangements were being made for the talks but a time had not yet been set.

Western nations warned on Wednesday that there is a growing Russian military presence at Ukraine's borders, contradicting Moscow's insistence of a pullback.

Foreign Minister Yoshimasa Hayashi said on Tuesday that Japan was strongly seeking a resolution through dialogue but if an invasion took place, Japan could take steps against Russia that could include sanctions.

Kishida on Tuesday spoke with Ukrainian President Volodymyr Zelenskiy and said Japan is ready to extend at least $100 million in emergency loans to the country.