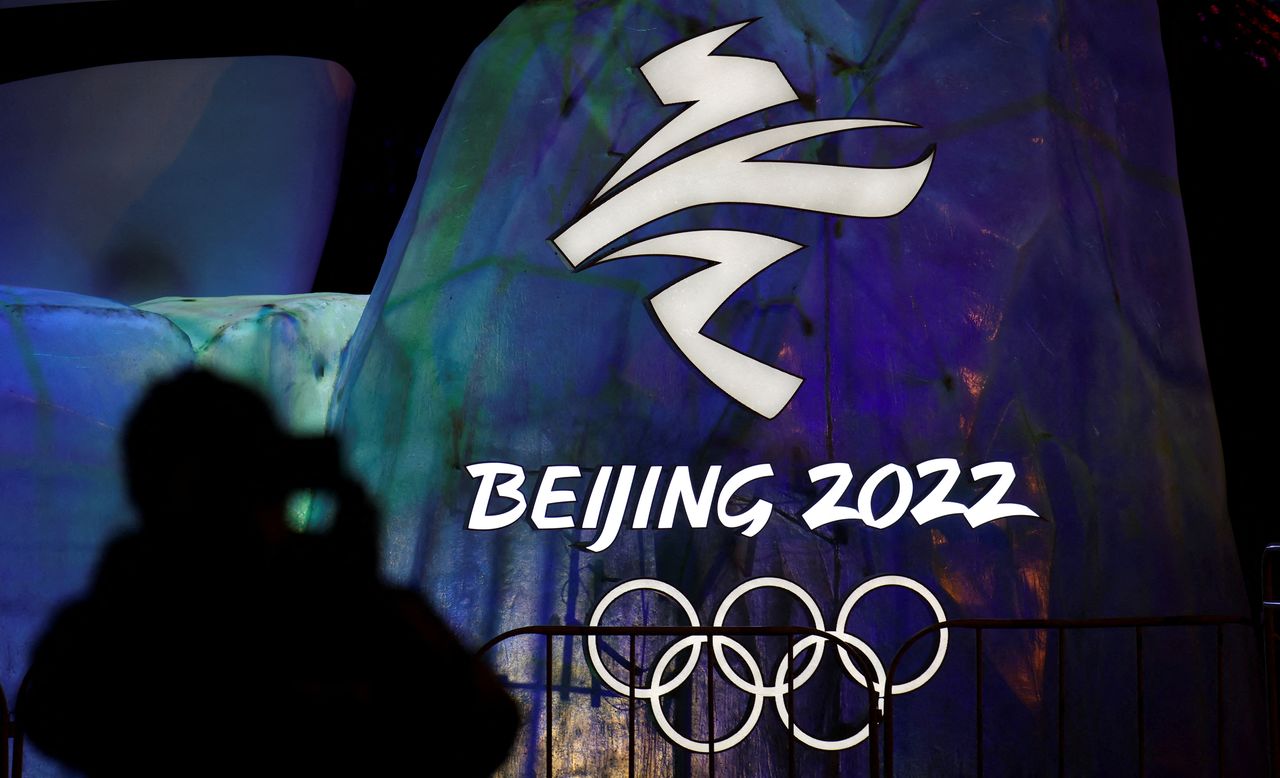 BEIJING (Reuters) - Politics entered the Olympics on Thursday when an official for the Beijing Games spoke about Taiwan and Xinjiang, declaring there was only "one China", the first such statements by the host since the competition started.

International Olympic Committee (IOC) spokesman Mark Adams was asked a question at the daily press conference about Taiwan's presence at the closing ceremony on Sunday. Following his comments, Beijing Games spokesperson Yan Jiarong said: "There is only one China".

Her statement reiterates China's stance towards democratically governed Taiwan, which it claims as its own "sacred" territory.

Later, Yan again insisted on making a statement about Xinjiang when a reporter directed a question to the IOC about material from China's Xinjiang region being used in clothing.

"The so-called forced labour in Xinjiang is lies made up by deliberate groups," Yan said.

Human rights groups have accused some textile companies who source materials from Xinjiang of ignoring abuses of the Uyghur population in the region. China denies all accusations of abuse and has repeatedly denied claims that it runs a network of forced labour camps in Xinjiang.

Amid a diplomatic boycott of the Winter Olympics by the United States, Britain and other Western nations over China's human rights records, the IOC has tried to keep politics out of the Beijing Games.

Athletes have been told to stick to the IOC's Rule 50, which bans political statements on the medals podium and in competitions. The rule, slightly revised ahead of last year's Tokyo Games to allow for some protests on the field of play if first cleared with the IOC, was thrust into the spotlight in the run-up to the Olympics.

"We are always against the idea of politicising the Games. The IOC has 206 members, including the Peoples' Republic of China and the National Olympic Committee of Chinese Taipei," Yan said.

Taiwan competes in most sporting events, including the Olympics, as "Chinese Taipei" at the insistence of Beijing, which sees Taiwan as part of "one China".

Taiwan took part in the Games' opening ceremony after the team said it had received "several notices" by the IOC to attend both the opening and closing ceremonies.

Last month, it had initially said it could not attend due to delayed flights and COVID-19 rules.