Japan's consumer prices rise in January, but at slower pace 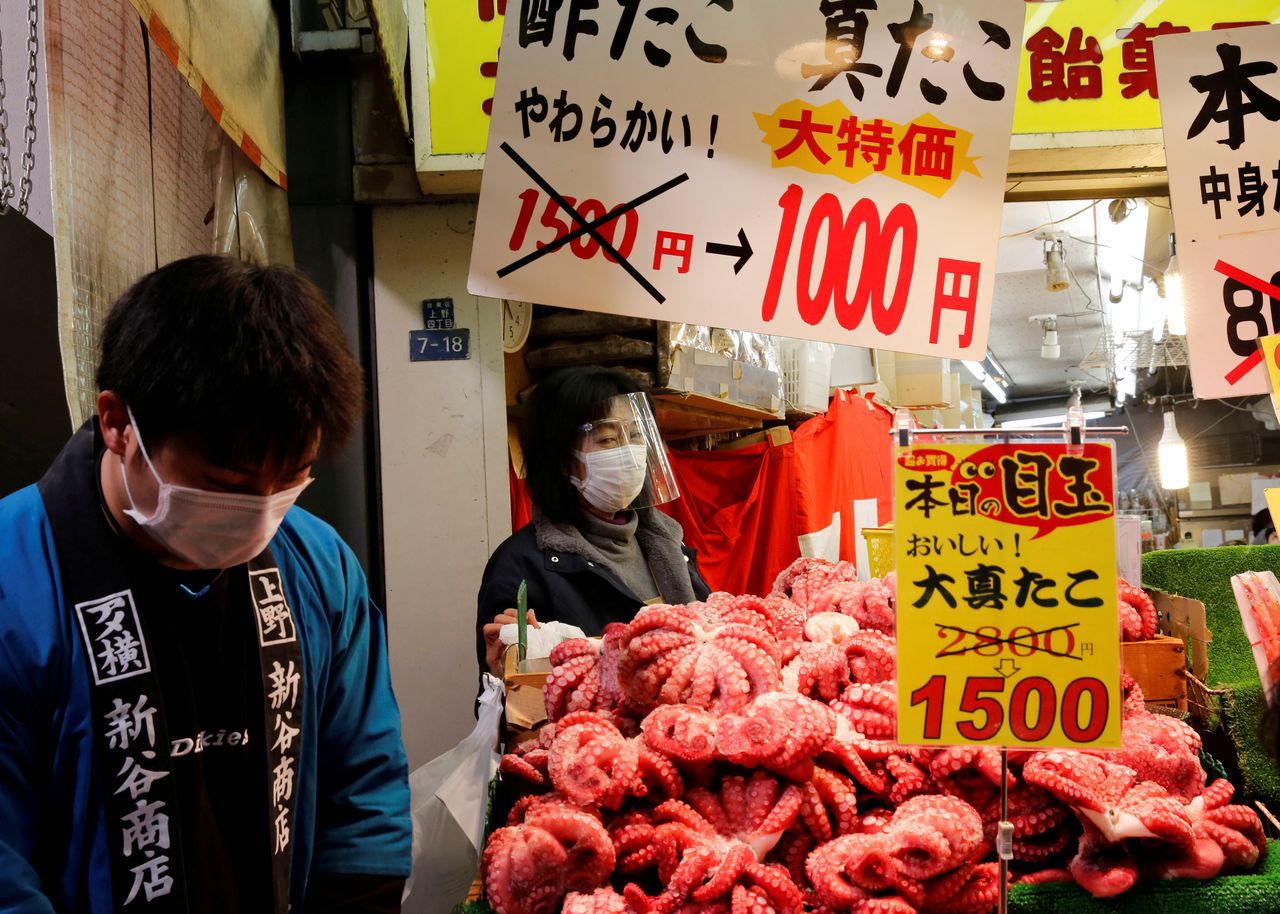 TOKYO (Reuters) -Japan's core consumer prices rose for a fifth straight month in January but at a slower pace than in the previous month, boosting the likelihood the country's central bank will lag behind other economies in raising interest rates.

Consumer inflation is expected to pick up in the coming months due to surging energy prices, while last year's mobile phone fee cuts are also set to fall out of calculations and will no longer be a drag on prices.

That was weaker than the median forecast for a 0.3% gain in a Reuters poll and a 0.5% rise in the previous two months.

"It may jump to more than 1.5% in one go in April once the impact of mobile phone fee cuts comes to an end."

The price data will be among factors the Bank of Japan will scrutinise at its next policy meeting, which is scheduled for the middle of next month.

The core CPI has posted a year-on-year increase every month since September. January's increase marked the slowest year-on-year rise in three months.

Accommodation prices rose just 0.6% from a year earlier to grow at the weakest rate since June 2021 after a domestic travel campaign in late 2020 came to an end.

Cellphone fee cuts pushed down the CPI by about 1.5 percentage points last month.

The tepid overall rate of increase shows price rises in the world's third-largest economy have remained extremely modest compared with much sharper gains in other advanced economies as sluggish wage growth discourages firms from hiking prices much.

The small gain reinforced expectations the Bank of Japan (BOJ) will maintain its ultra-loose monetary policy for the time being to achieve its 2% inflation target.

Saito said any sharper rises in consumer prices in coming months were unlikely to prod the central bank to tighten monetary policy but could open the door for fresh government stimulus.

That could include expanding a subsidy scheme to mitigate a steep increase in gasoline and other fuel prices or, eventually, additional cash handouts for households, he said.

Overall energy prices soared 17.9% from a year earlier in January, posting their biggest rise in more than forty years, in part due to surging electricity bills and fuel costs.

The BOJ has stuck to massive monetary stimulus as it seeks to have inflation reach its target, despite some worries about the side-effect of a weakening yen.