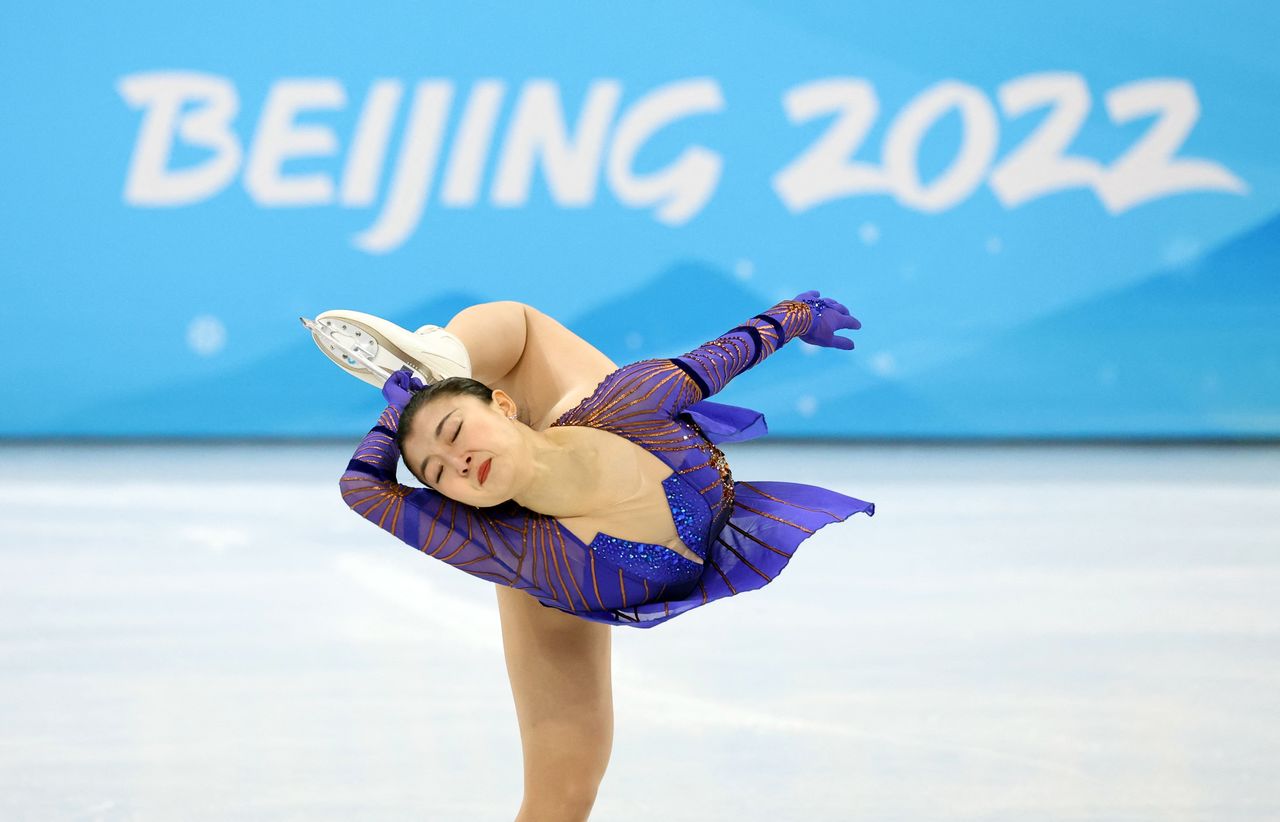 BEIJING (Reuters) - Japanese figure skater Kaori Sakamoto said on Friday that she feels the pressure of doing quadruple jumps as more Russian skaters successfully land them, a day after winning the bronze in the women's singles at the Beijing Olympics.

"Every year the Russians just keep producing skaters that can jump the quad, and every time I see that I'm amazed... I also see that and feel that a quad is really necessary (for my performance)," the 21-year-old told a news conference.

Sakamoto won the bronze medal with a total score of 233.13 in the women's singles event, while Russian teenager and favourite Kamila Valieva stumbled repeatedly during her routine and placed fourth amid a doping controversy.

The emcee of the news conference did not accept questions related to the doping scandal.

Despite being happy with her score in the singles, Sakamoto felt that she needed to do more.

"I really felt (at this Olympics) that I couldn't stand a chance against the Russians unless I could get all of the technical scores I can," she added.

Sakamoto also skated the women's free segment of the team competition, again winning bronze behind the Russian Olympic Committee that Valieva helped win the title for. The medal ceremony of that competition will not be held due to Valieva's positive test for a banned drug.