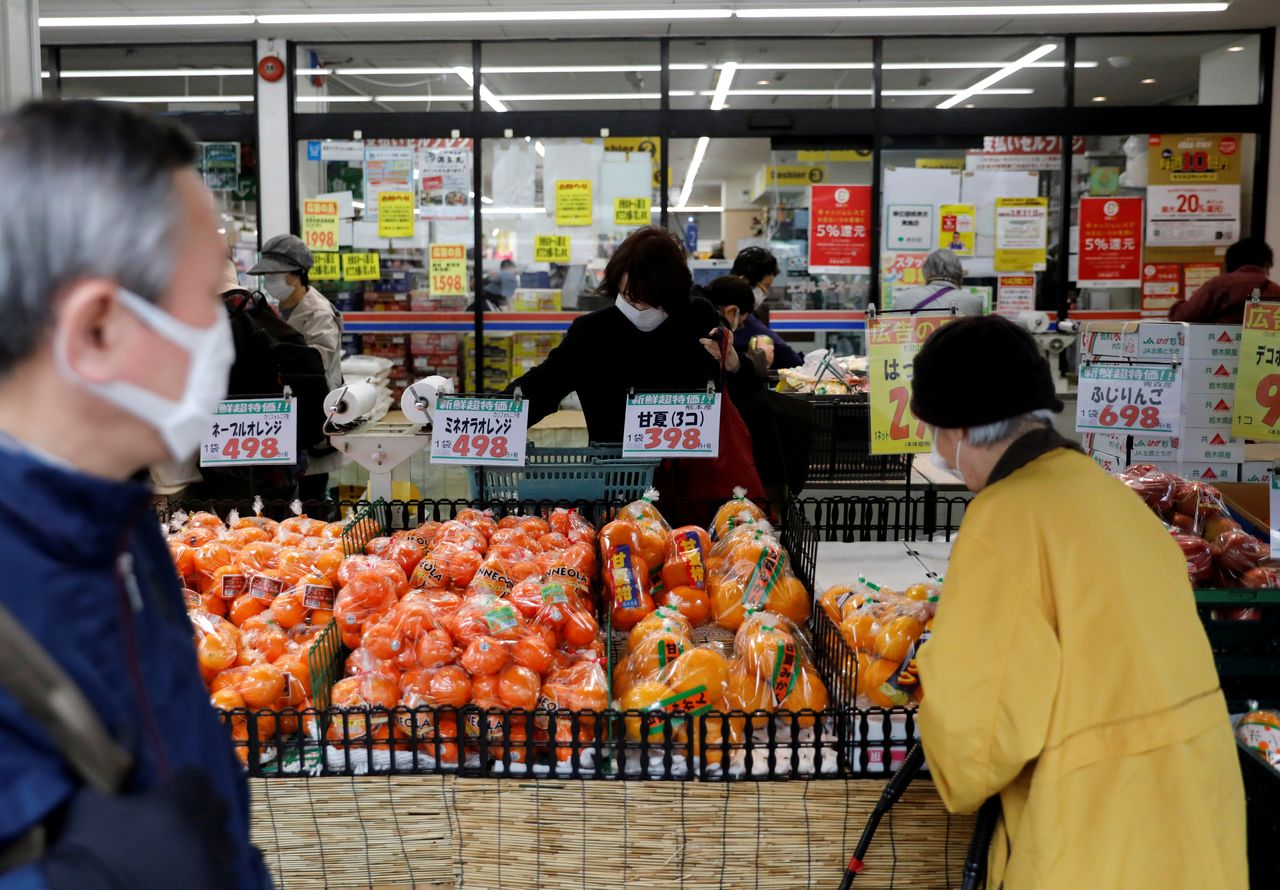 TOKYO (Reuters) - Core consumer prices in Tokyo likely rose in February at a faster rate than in the previous month on surging fuel costs, underlining the prospect of price pressures picking up nationwide, a Reuters poll showed.

Consumer inflation across Japan, including in its capital, is expected to rise in the coming months due to higher energy prices, and as last year's major cuts in cellphone service fees disappear from year-on-year comparison calculations in April.

Tokyo's core consumer price index (CPI), which includes energy but excludes fresh food prices and is a leading indicator of nationwide price trends, was expected to rise 0.4% in February from a year earlier, the poll of 16 economists showed.

That would mark the sixth month of year-on-year increase and mean that consumer price growth would be picking up from a 0.2% gain in January, when one-off factors such as the abrupt end of a national travel promotion campaign in late 2020 skewed the data.

"Electricity and city gas bills are set to grow faster due to last summer's rising imported fuel prices, such as in LNG (liquefied natural gas)," economists at SMBC Nikko Securities said, suggesting last year's higher commodity prices give a bigger hit to consumers' wallets with a few months of lag.

"Energy prices compared to the year earlier may jump as much as 20% or more."

While many analysts forecast Japan's consumer inflation will accelerate in coming months, price rises are still seen modest compared to those in other economies such as the United States.

The Bank of Japan is expected to maintain its massive monetary stimulus as nationwide core inflation will likely remain below the central bank's 2% target for the time being.