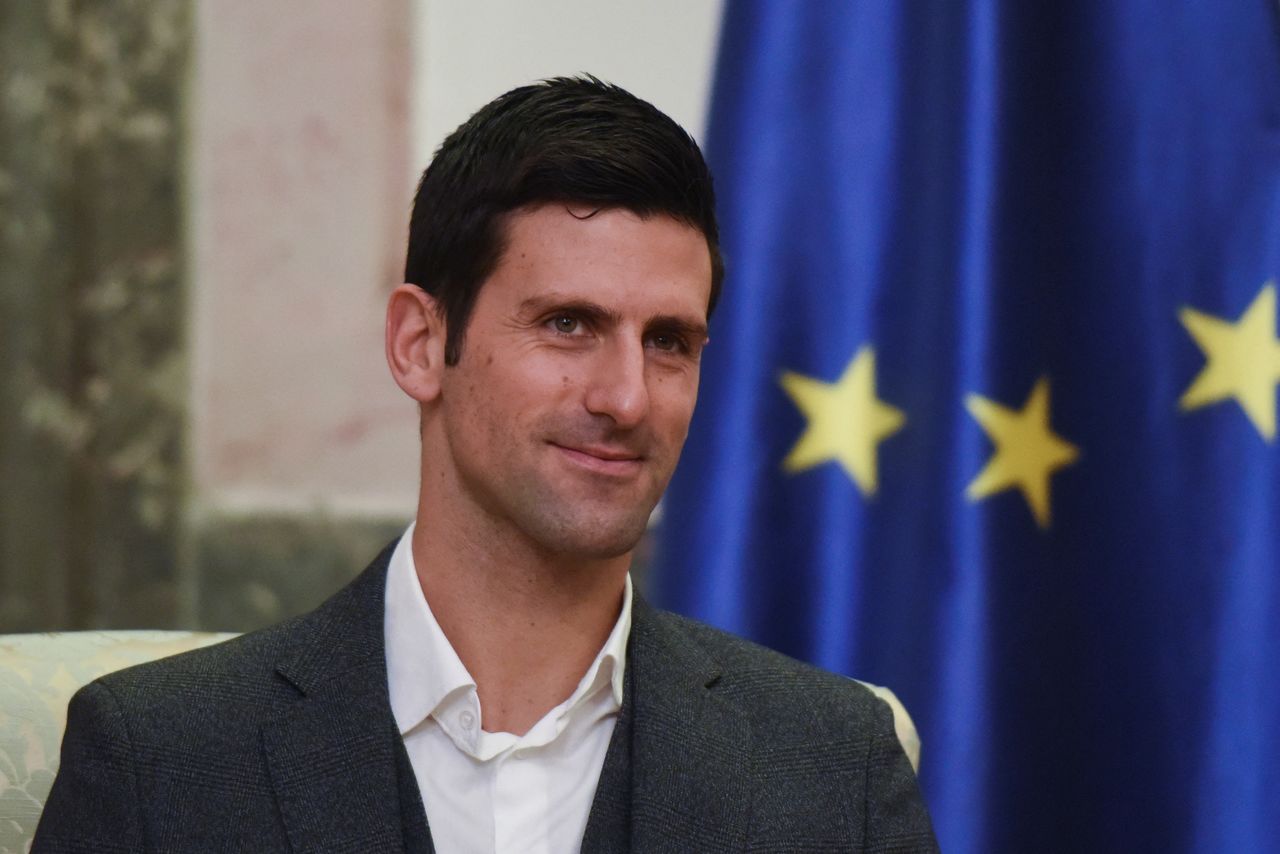 BELGRADE (Reuters) - Tennis world number one Novak Djokovic said he has unfinished business at the Olympics and will be gunning for gold at Paris 2024, adding that he is keen to return to Australia despite his deportation this year.

Djokovic's quest for an Olympic gold in Tokyo ended in a semi-final defeat to Germany's Alexander Zverev, marring an otherwise stellar 2021 in which he won the first three Grand Slams and reached the final of the fourth.

A day after his loss to Zverev, he went down to Spain's Pablo Carreno Busta in the bronze medal match to return empty-handed from Japan.

"An Olympic medal, especially gold, is always a big wish," the 34-year-old told Radio Television of Serbia ahead of his return to competitive action next week.

"Unfortunately, I didn't have a chance to fight for it in the past. I plan to be in Paris in 2024.

"I rewound my match with Zverev in Tokyo many times, trying to figure out what went wrong. I played superbly up to that point, but I did feel I was running on fumes, both mentally and physically."

Last month after an 11-day rollercoaster involving two visa cancellations, two court challenges and five nights in two stints at an immigration detention hotel, the unvaccinated Djokovic was deported on the eve of the Australian Open.

It deprived him the chance to win a record-extending 10th Australian Open and a men's record 21st Grand Slam title.

"I will always remember all the nice things that have happened to me in Melbourne," he said. "Despite all this, I have a great connection with Australia. Results that I have had in Melbourne in the past show you how I feel when I go there.

"Everything that has happened this year was totally unexpected. It will be hard to forget, but I want to come back to Australia in the future and to play at the Rod Laver Arena again."

Djokovic said in an interview with the BBC this week that he is prepared to miss Grand Slams and other tournaments rather than have a COVID-19 vaccination, but added that he was not an anti-vaxxer and has an "open mind" for future.

Djokovic will start his 2022 season at next week's ATP 500 Dubai Tennis Championships.

Djokovic told reporters in Dubai, where visitors are not required to be vaccinated, that he has missed tennis.

"Everything that has happened will affect my return in Dubai," he told Serbia's state TV. "I will try to channel all this energy, to turn it into fuel both mentally and physically. There is extra motivation, surely."

(Reporting by Sudipto Ganguly in Mumbai; Editing by Edwina Gibbs)