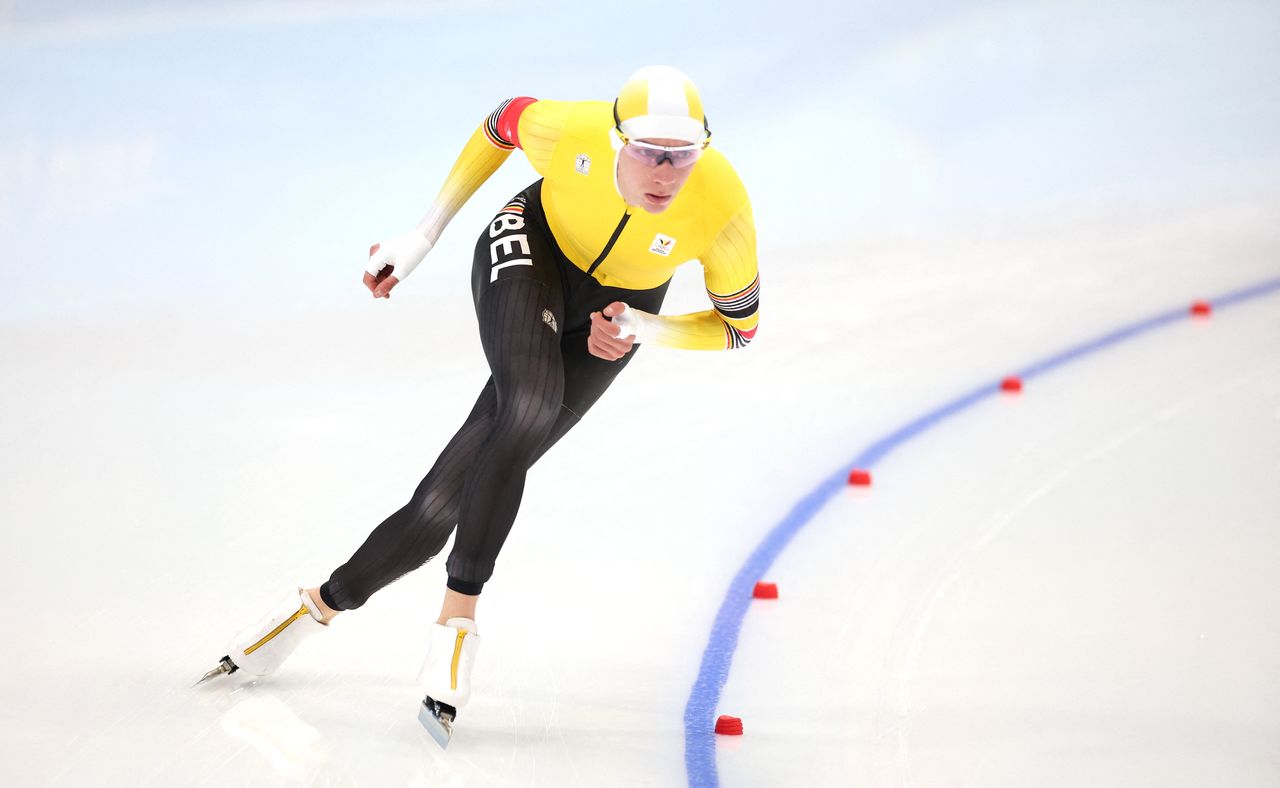 BEIJING (Reuters) - Speed skater Bart Swings will seek to become the first Belgian to win a Winter Olympic gold medal in 74 years when he lines up for the men's mass start at the Beijing Games on Saturday.

Swings won silver at the Pyeongchang Games when the men's mass start made its Olympic debut four years ago.

The 16-lap race sees as many as 24 skaters jostle for prime position to win sprint points and cross the finish line first.

"I had a busy first week with three races, now I have some time to relax and then it's my most important distance on the last day, the mass start," Swings said after finishing 10th in the 10,000 metres race last week.

Swings won the 2022 European championship and only just missed out on a gold medal in Pyeongchang when Lee Seung Hoon of South Korea beat him to the finish line.

The Belgian will again be competing against Lee, as well as American and current world champion Joey Mantia.

Dutchwomen Irene Schouten and Marijke Groenewoud will be contending for the top title in the women's mass start, held the same day as the men's race on Saturday.

Schouten has two Beijing gold medals from winning the 3,000m and 5,000m distances, and has claimed four mass start world championship medals throughher career. Groenewoud is the most recent winner of the world championship.

"Of course I hope to win (gold) medals in (the mass start) as well, but those are more difficult to win because you're depending on others," Schouten said last week, speaking about the unpredictability of a race that allows jostling.

The Dutchwomen are pitted against defending champion Nana Takagi of Japan, who so has had to settle for a team pursuit silver at this Winter Games following a fall before the finish line.