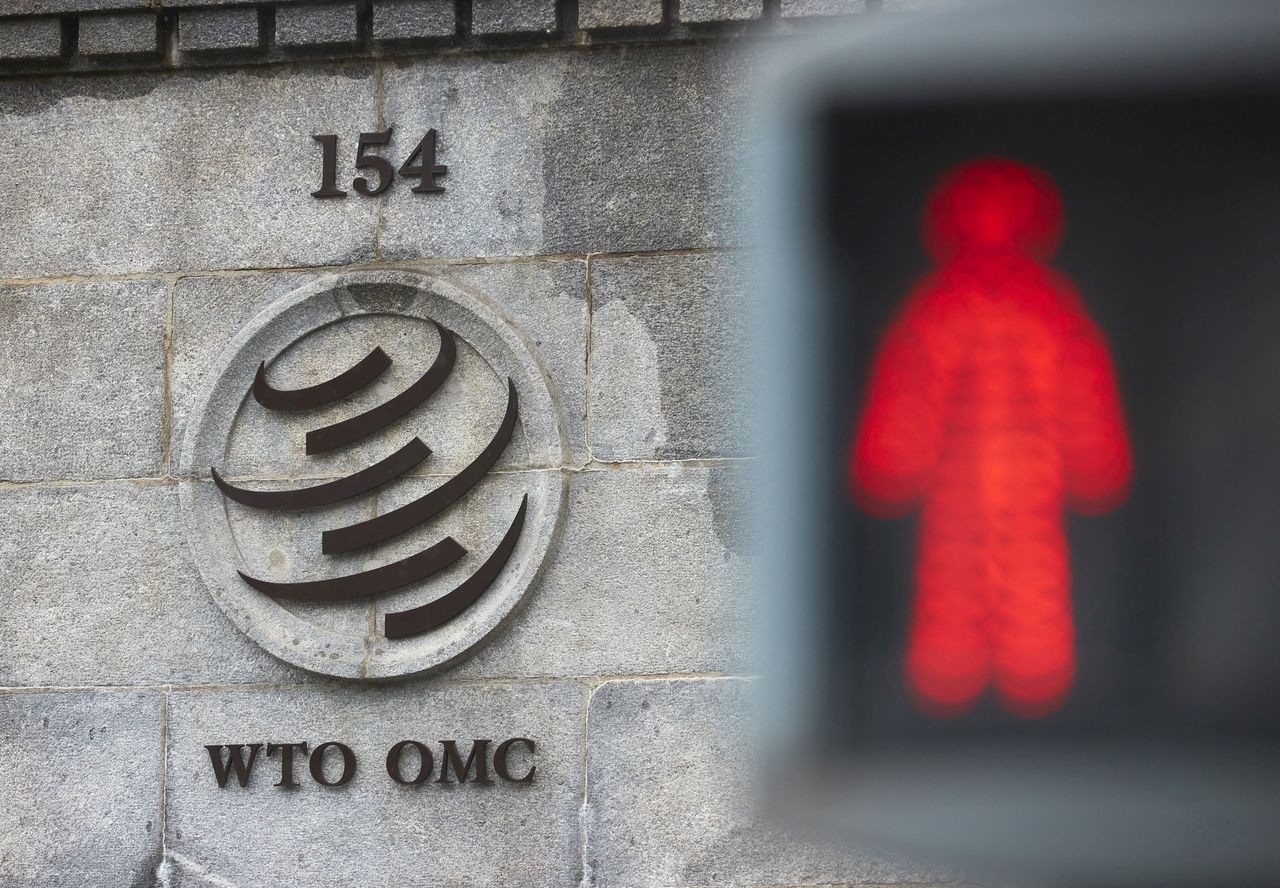 FILE PHOTO: A logo is pictured on the World Trade Organisation (WTO) building before a ministerial meeting to discuss a draft agreement on curbing subsidies for the fisheries industry in Geneva, Switzerland, July 15, 2021. REUTERS/Denis Balibouse

BRUSSELS (Reuters) -The European Union launched a legal challenge against China at the World Trade Organization on Friday, arguing that Chinese courts were preventing European companies from protecting their telecom technology patents.

The European Commission, which filed the challenge on behalf of the EU's 27 members, said EU companies were being deterred from going to a foreign court to safeguard their standard-essential patents (SEPs).

The Commission has also consulted the United States and Japan, whose standard-essential patent holders face similar challenges and which want to be setting global tech standards, rather than leaving this to Beijing.

The Commission said Chinese courts had, since August 2020, been issuing "anti-suit injunctions", which prohibit EU companies from going to foreign courts, with the threat of heavy fines as a deterrent.

In one case, the fine was 130,000 euros ($147,758) a day, and the practice undermined the companies' negotiations on licence fees with Chinese smartphone makers, the EU executive said.

China said that it regretted the EU challenge and that it always upheld the multilateral trading system.

The Commission said it had raised the issue on a number of occasions with China, without resolution.

WTO challenges start with a formal 60-day period of consultations between the parties after which the EU can request a WTO panel ruling. The process, including possible appeals, can take years.