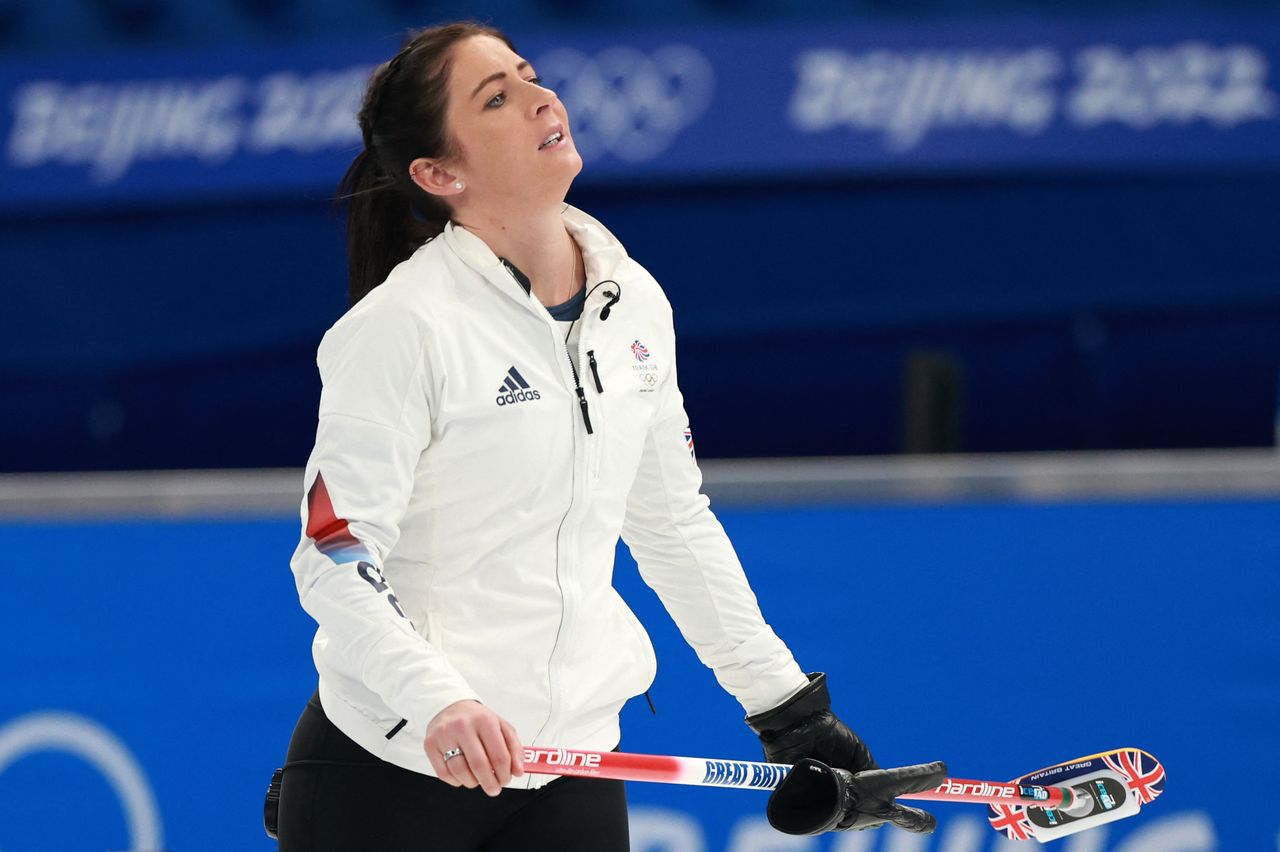 BEIJING (Reuters) -Britain edged 2018 Olympic champions Sweden 12-11 in an extra end in a tense showdown on Friday to advance to the women's curling gold-medal contest against surprise finalists Japan at the Winter Games on Friday.

Twenty years after Rhona Martin skipped Britain to victory in Salt Lake City, the country are in the running to win two curling golds in Beijing after Eve Muirhead led her team to the final a day after Bruce Mouat guided the men's rink into the final.

Japan, who finished fourth in the standings, upset Switzerland at the National Aquatics Centre to reach their first ever Olympic final in the sport.

Anna Hasselborg's Sweden led 8-7 going into the ninth end but a superb stone from Muirhead gave Britain a three-point lead before their opponents remarkably found the three points they needed to level the tie but were unable to see out the win.

"I'm stuck for words," said Muirhead, who lost to Sweden in the 2018 semi-final before Hasselborg's rink went on to win gold.

"That's the third time I've been in an Olympic semi-final and ever since I've not made it to the final it has been my dream to get to that final game.

"This year has been tough, it's been a rollercoaster and there were times when I never thought I'd be back here. To come back here and to get the chance to go for that gold medal really is a dream come true.

"(Sweden) are a fantastic team, they are the champions. Unfortunately for them, they can't get that title back -- but I'd love to steal it off them."

Britain have yet to pick up any medals at the Beijing Games but Friday's win guaranteed at least two silvers for the nation after the men's team also made the final, ending concerns that there would be no podium finish for the first time since 1992.

Japan, the 2018 bronze medallists, stunned world champions Switzerland to book their place in the final, completing a remarkable turnaround for skip Satsuki Fujisawa's team who scraped into the playoffs after the last round-robin session.

Sweden and Switzerland will play for bronze on Saturday before Britain and Japan vie for gold on Sunday.

"I'm still dreaming," Japan's third player Chinami Yoshida said. "I have never dreamed I am going into the Olympic gold-medal stage, but tomorrow it is coming. I will play the gold-medal game in the Olympics... it's amazing."

(Reporting by Hritika SharmaEditing by Christian Radnedge and Pritha Sarkar)