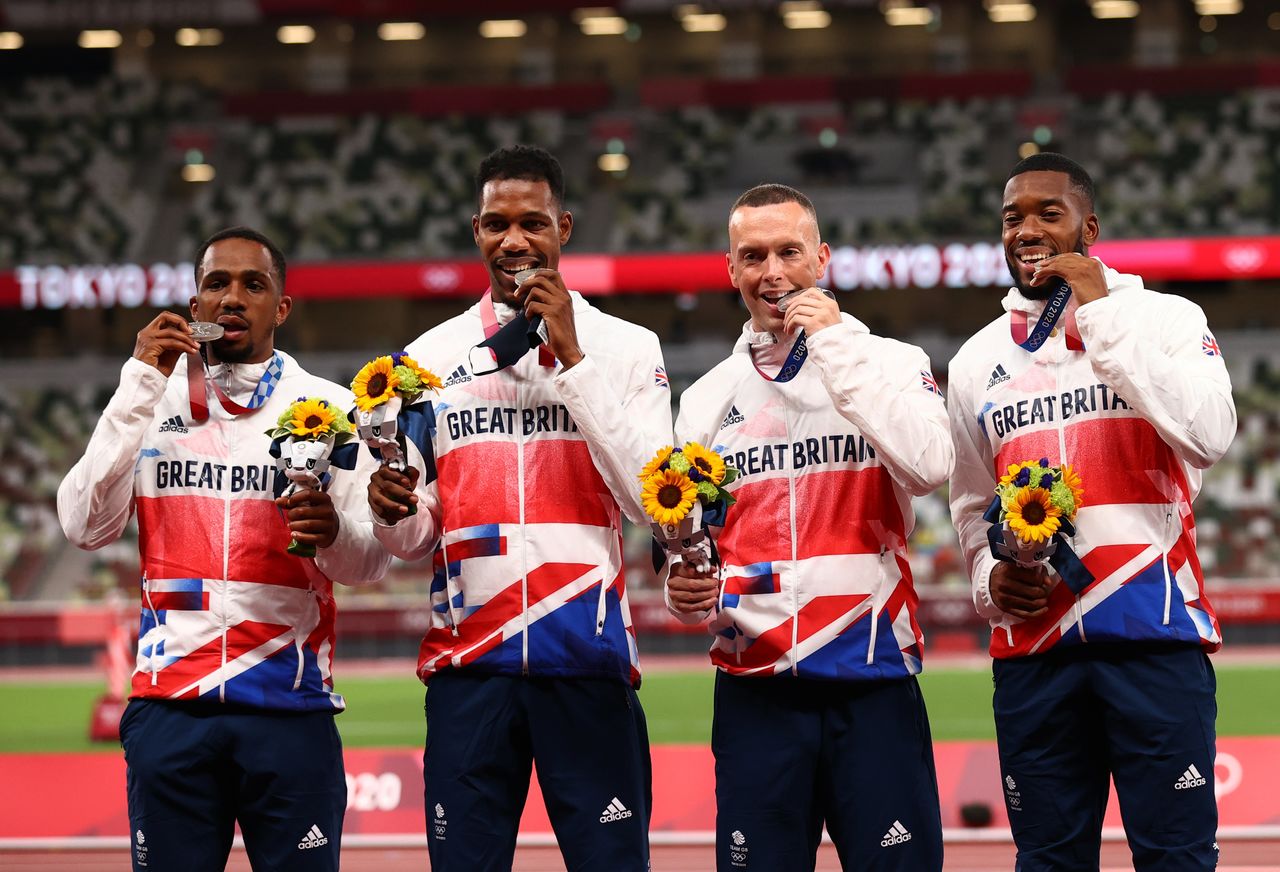 LONDON (Reuters) -Britain has been stripped of its Olympic silver medal in the men's 4x100m relay in Tokyo last August after the Court of Arbitration for Sport (CAS) upheld Chijindu Ujah's anti-doping rule violation on Friday.

Ujah has been provisionally suspended since Ostarine and S-23 -- both substances prohibited by world anti-doping organisation WADA -- were detected in his A and B samples following the final.

In a statement on Friday, CAS said its Anti-Doping Division had found that Ujah had committed an Anti-Doping Rule Violation and that his team's result from the 4x100m relay on Aug. 6 had been disqualified.

Ujah and his team mates Zharnel Hughes, Richard Kilty and Nethaneel Mitchell-Blake finished second behind Italy. Canada will now be upgraded to silver and China to bronze.

CAS acknowledged that Ujah had not challenged the decision in his written submissions to the hearing and that he claimed he had "not knowingly or intentionally doped".

The 27-year-old, who must now wait for the Athletics Integrity Unit (AIU) to determine the length of any ban which could be as long as four years, said he was devastated.

"I unknowingly consumed a contaminated supplement and this was the reason why an anti-doping rule violation occurred at the Tokyo Olympic Games," Ujah said in a statement issued by UK Athletics on Friday.

"I'm sorry that this situation has cost my teammates the medals they worked so hard and so long for, and which they richly deserved. That is something I will regret for the rest of my life."

A spokesperson said UKA would not comment on the case until the World Athletics/AIU process has been completed.

The British Olympic Association (BOA) apologised to the athletes who were upgraded to the silver and bronze medal positions.

"Having spent the last few years retrospectively awarding numerous British athletes with medals they should have won on the day at Beijing 2008, London 2012 and Sochi 2014, we understand first-hand the hurt and loss doping can cause," it said in a statement.

"We unreservedly apologise to the athletes whose moment was lost in Tokyo due to the actions of Ujah."

In Tokyo, Britain failed to win a gold medal in track and field events for the first time since the 1996 Atlanta Games.