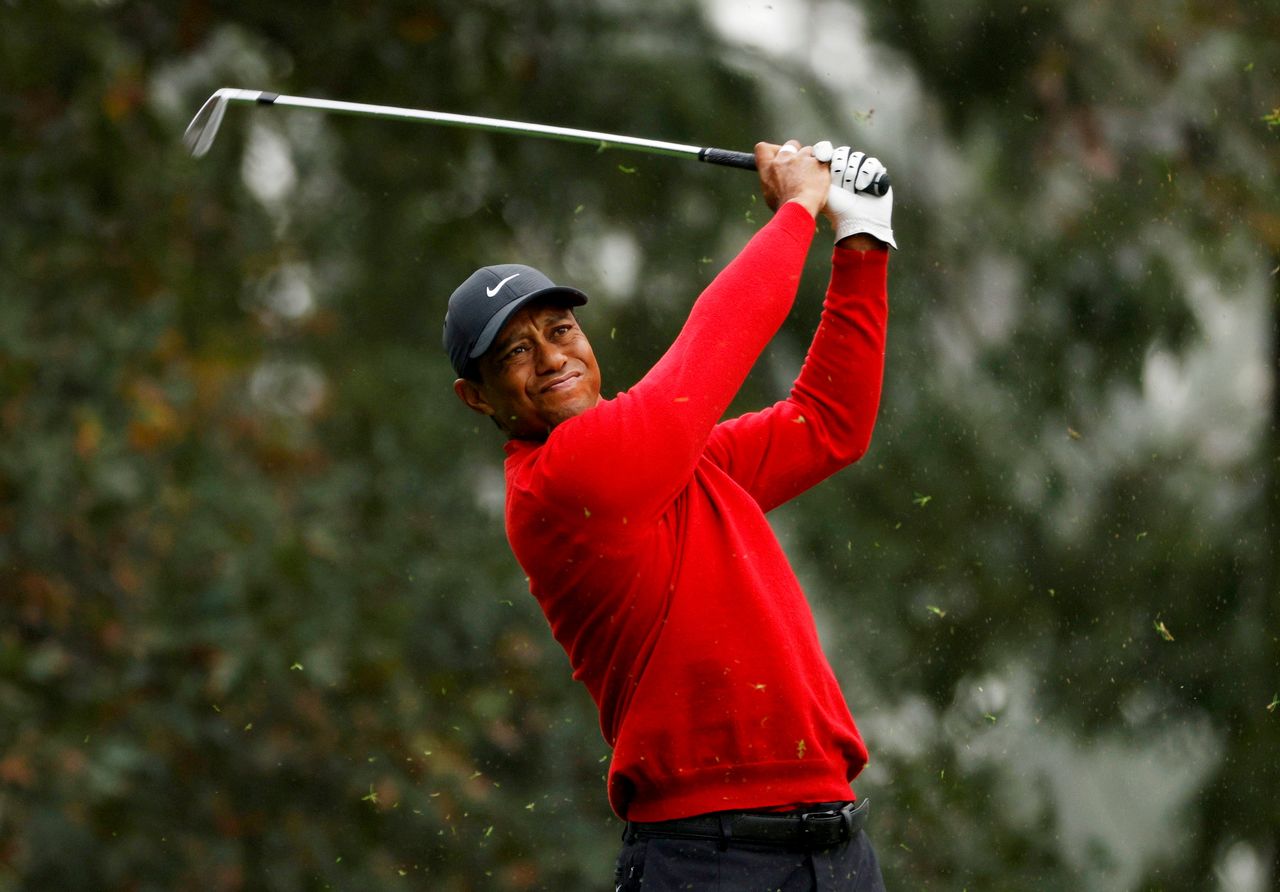 (Reuters) - Tiger Woods offered no clues on Saturday as to when he will return to the PGA Tour but did say he will be at the Masters in April to attend the traditional champions dinner ahead of the year's first major.

Woods, speaking on television during the CBS broadcast of the PGA Tour's Genesis Invitational in Pacific Palisades, California, where he is the tournament host, promised a return to competition even if he doesn't know when.

"You'll see me on the PGA Tour; I just don't know when," Woods told Jim Nantz when asked if it was fair to say he would play on the Tour in 2022. "Trust me, I'd love to tell you that I will be playing next week, but I don't know when."

Woods was a nonplaying host at the Genesis Invitational last year where, two days after the final round, the vehicle he was driving veered across the opposite lanes, collided with a road sign and rolled several times before coming to rest.

The accident resulted in a three-week hospital stay for Woods, when he faced the possibility of having his right leg amputated, followed by three months where he was confined to a hospital-type bed at his home in South Florida.

While Woods said earlier this week that he has a long way to go in his rehabilitation and that he was not recovering as quickly as he would like, he refused to fully shut the door when Nantz asked if there was any shot he'd play in the April 7-10 Masters.

"I don't know," said Woods before adding that he would be at Augusta National Golf Club for the traditional champions dinner, which this year will be hosted by Japan's Hideki Matsuyama. "It will be a great dinner. I don't know what kind of sushi we are going to have."

When Woods said he could handle playing in the popular and laid-back Par 3 Contest held on the eve of the Masters, Nantz quickly jumped in to ask if that meant the 15-times major champion would play in the exhibition event.

"Hey Jimmy, slow down for a moment, slow down." Woods said.

Woods, whose comments largely echoed what he told reporters on Wednesday at Riviera Country Club, was also asked about his upcoming induction into the World Golf Hall of Fame and his reply showed how much belief he has in himself.

"In most sports you go into the Hall five years after you retire from your sport. For us, we are able to actually still continue to play in your sport," said Woods.

"I still feel like I can still be out here with these guys trying to kick their butts."

Woods capped one of the most remarkable comebacks in professional sport when, at the age of 43, he won the Masters in 2019 after enduring years of surgery and personal problems that convinced many that the best golfer of his generation was done.

"That was special, and your call made it that much more memorable and historic," Woods said of Nantz's "return to glory" call after he tapped in the winning putt at the Masters.

"Maybe there's another one?" replied Nantz.

(Reporting by Frank Pingue in Toronto; editing by Jonathan Oatis)