Japan in dark about postponed medal ceremony, but looks forward to celebrating 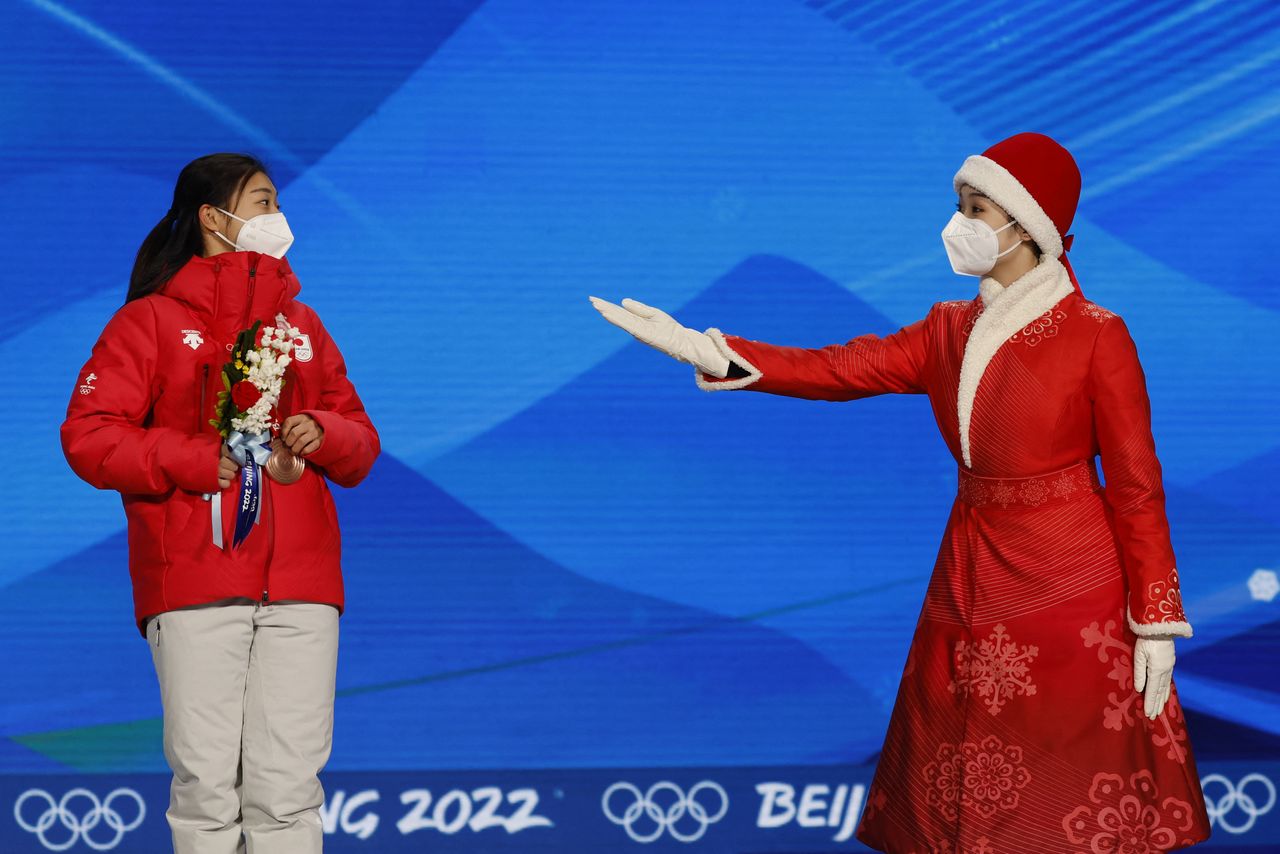 BEIJING (Reuters) - Japanese Olympic Committee (JOC) chef de mission Hidehito Ito said he had no information about the postponed medal ceremony for the figure skating teams competition, but hoped to eventually celebrate with his athletes.

"I really don't know what the medal ceremony will look like," Ito said on Sunday at a news conference held on the sidelines of the Beijing Olympics.

"But if we can't attend a (IOC-hosted) medal ceremony... and the medals are sent to Japan, we hope to arrange an event where we can commemorate our athletes," he added.

The medal ceremony for the figure skating teams event will not be held in Beijing due to a doping controversy involving teen Kamila Valieva, who skated for the Russian Olympic Committee (ROC) team.

The ROC won gold, the United States claimed silver, and Japan took bronze, but the ceremony will only take place once the doping case is resolved. That can take weeks or months.

The Court of Arbitration for Sport (CAS) on Saturday overturned an appeal by U.S. athletes to have their medals awarded in Beijing.

"I think all we can do is wait," Ito said, saying it was up to the IOC and other relevant authorities to decide on what would happen.

He said that it was a "shame" that the athletes would not have their medals awarded in Beijing, but distanced the JOC from the controversy.

"(Performance-enhancing) drugs are banned, regardless of whether we are the JOC or not. I think it should not happen," Ito said.

"But with regards to the ROC issue, it's not something we are in a position to comment on. This is something for the IOC, the ISU (International Skating Union), WADA (World Anti-Doping Agency), other relevant doping authorities, and the ROC to resolve among themselves," he said.

Japan ended the Beijing Olympics with a record 18 medals.