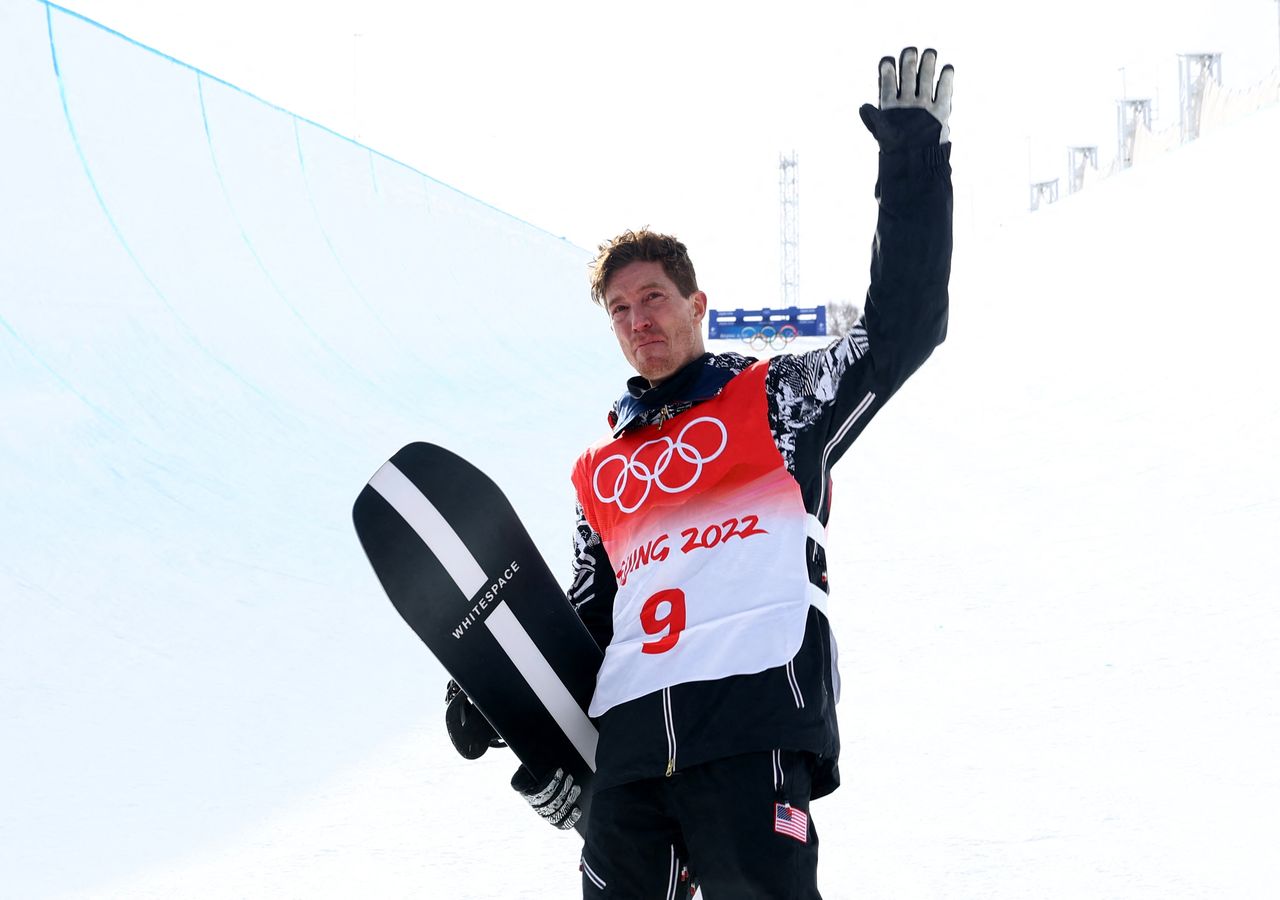 ZHANGJIAKOU, China (Reuters) - Shaun White, whose name and achievements have long loomed large over the sport of snowboarding, said his farewells at the Beijing Winter Games.

Ripping off his helmet and goggles after the his final run in the halfpipe final, the American soaked up the roars of a cheering crowd one last time and burst into tears.

White, who decided to retire from competition during a quiet moment alone watching the sun set over a snowy peak, exited the Olympics with a fourth-place finish in the halfpipe, his signature event where he won three golds at previous Games.

It was not the podium finish White had hoped for but it was a fitting end to a career spent evangelizing the sport of snowboarding and winning it mainstream acceptance.

Sobbing and hugging his board, White, who at 35 was the oldest finalist in the halfpipe, was quickly embraced by team mates and rivals alike, many of whom grew up idolising him.

"As hard as it is to say goodbye I'm happy to have inspired the next generation," White said as he tearfully hugged Ayumu Hirano of Japan, who won gold by landing a triple cork for the first time at an Olympics.

"It's your turn," White could be heard telling Hirano.

Hirano, 23, and Su Yiming, 17, ushered in a new era for the sport. Su, who was a child actor, became a social media sensation after bagging the Big Air title and becoming China's youngest ever Winter Games gold medallist.

In the women's field, Zoi Sadowski-Synnott pushed the bounds of the sport by successfully landing tricks only ever performed by men previously.

For some, Beijing marked a redemptive return.

Lindsey Jacobellis, whose career was dogged for years by a single mistake that cost her a gold medal in 2006, dominated her snowboard cross events in Beijing and snatched gold in both the women's and mixed-team contest.

Speaking to reporters about her long journey back to victory, the 36-year-old American said it had all made her stronger.

"It kept me hungry and kept me fighting for the gold," she said.