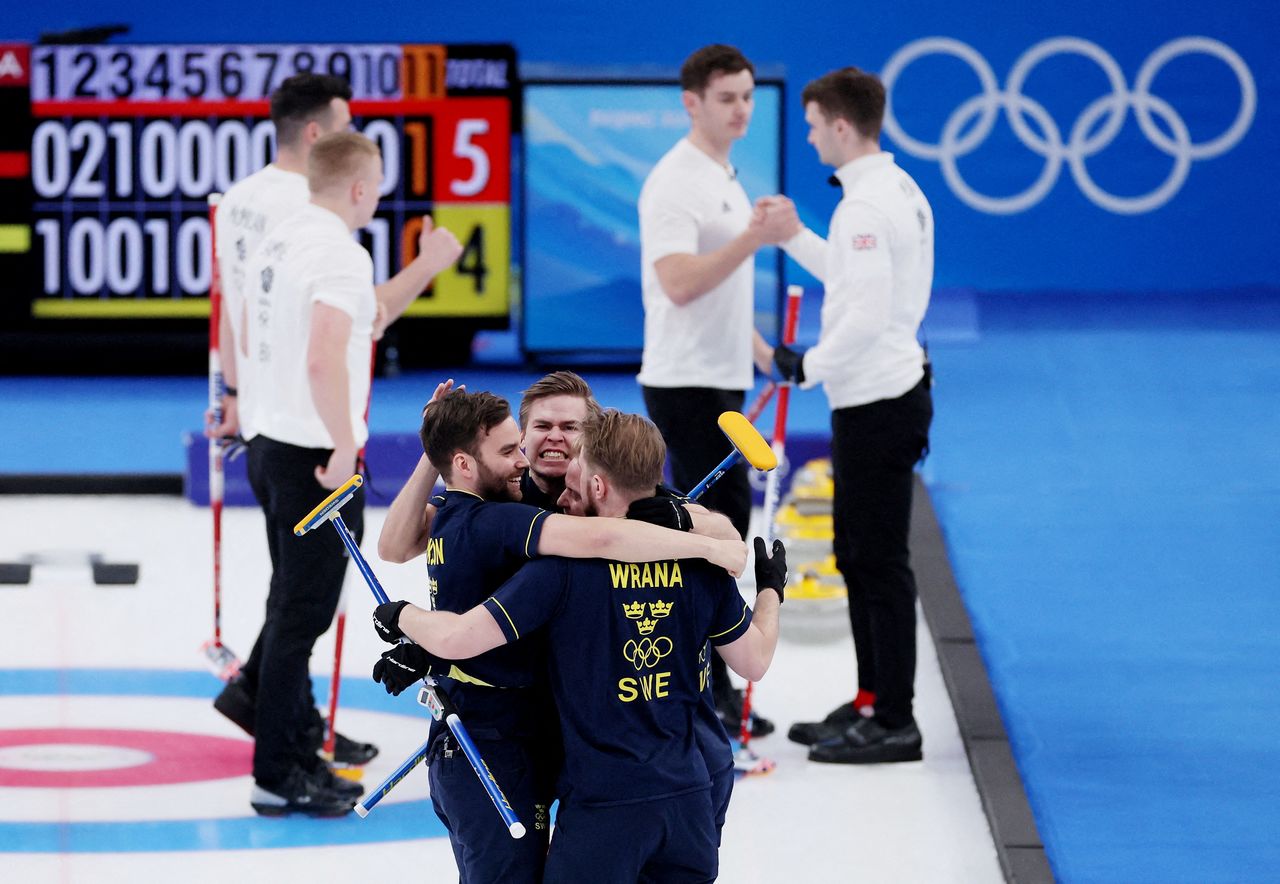 BEIJING (Reuters) - An Olympic gold 12 years in the making for Sweden's men, a flawless Italian pair's fairytale victory, and a return to glory after two decades for Britain's women warmed hearts at Beijing's "Ice Cube" across 19 days of competition at the Winter Olympics.

Niklas Edin's relentless pursuit of the Olympic title reached its conclusion as the Swede, who bears the scars of 10 operations over the past decade, finally claimed gold at the fourth attempt.

Stefania Constantini and Amos Mosaner's victory in the mixed doubles final brought a first curling medal for Italy, paving the way for increased funding and participation before the country hosts the Winter Games in 2026.

Britain's Eve Muirhead did not require extra ends, or a "Stone of Destiny" like fellow Scot Rhona Martin in Salt Lake City, to win the nation's first curling gold since 2002, clinching victory a day after the men's team won silver.

Bronze medals for Sweden in the two other events along with podium finishes for Japan and Norway signalled a further shift in the balance of power away from traditional heavyweights Canada.

After winning one medal in Pyeongchang -- the inaugural mixed doubles gold -- Canada left Beijing with only the men's bronze from Brad Gushue's rink to show for their efforts.

"I'm sure people are going to talk about why we didn't win gold, and rightfully so," Gushue said. "We've been a very good team for a long time ... but it's hard with all the pressure."

Canada's lack of success brought back unhappy memories from four years ago, when both the men's and women's teams failed to medal for the first time since 1998.

"It's really easy to come here when you're playing well, and kind of roll through and win a gold and a silver or whatever," Gushue added.

"But to come here and struggle the way we did ... and still fight through and get a bronze medal, it means a lot."

"I would have loved to come here and go 9-0 and steamroll through everybody, but that's just not the curling world we live in any more."