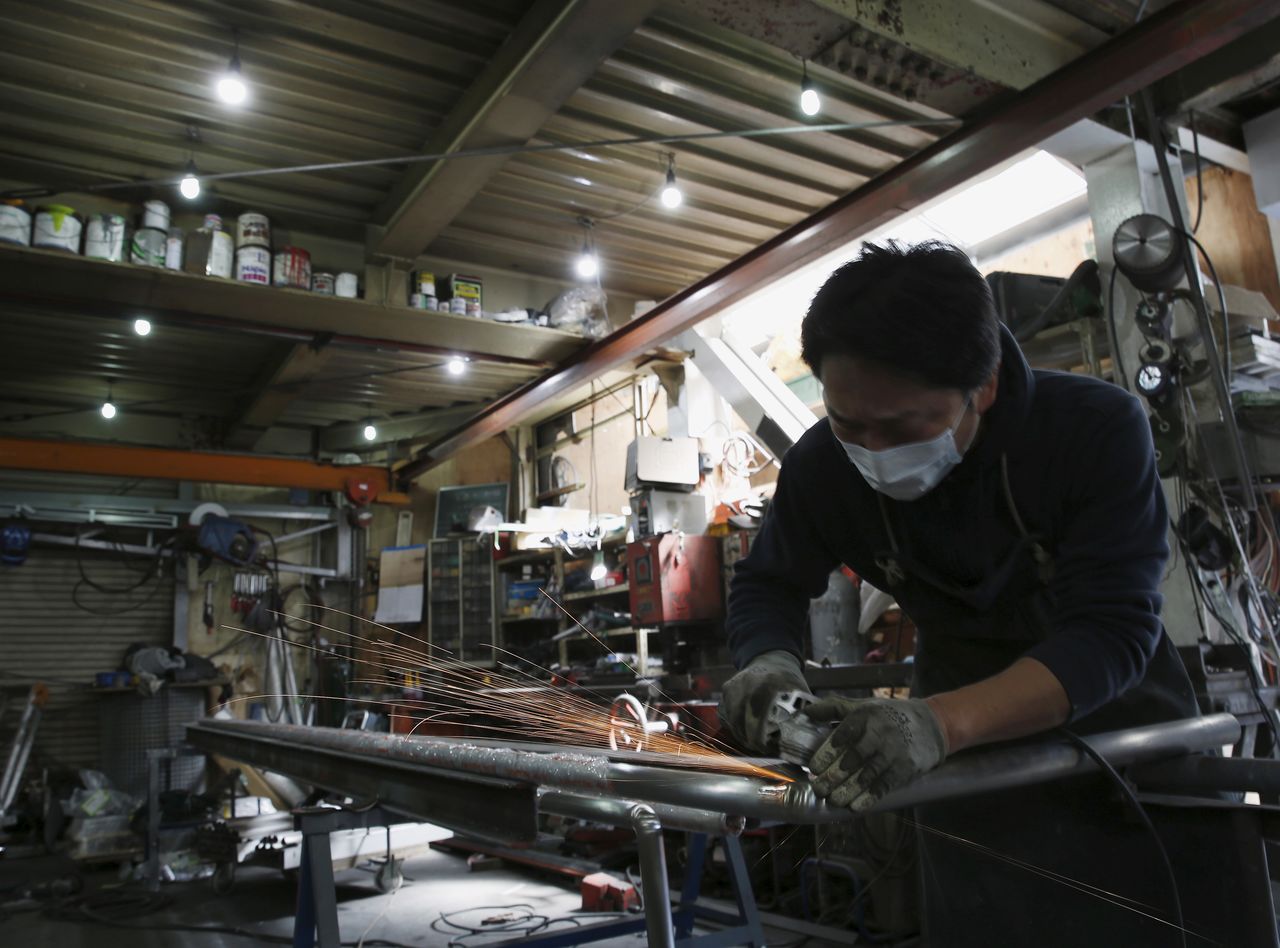 TOKYO (Reuters) - Japan's manufacturing activity expanded at the slowest pace in five months in February as output contracted, underscoring the prolonged impact that global supply chain disruptions are having on the world's third-largest economy.

Activity in the services sector shrank at the fastest rate since May 2020 as demand weakened after the country saw coronavirus infections spike to a record due to the Omicron variant.

The au Jibun Bank Flash Japan Manufacturing PurchasingManagers' Index (PMI) fell to a seasonally adjusted 52.9 from a final 55.4 in the previous month. A reading below 50 indicates contraction from the previous month, above 50 expansion.

"Manufacturers signalled a reduction in output for the first time in five months, though the rate of contraction was considerably softer than that seen in the dominant services sector," said Usamah Bhatti, economist at IHS Markit, which compiles the survey.

The survey showed a marked lengthening of delivery times exacerbated material shortages, causing input prices to rise at the fastest rate since August 2008.

Manufacturers saw stockpiles of raw materials and other inputs rise at the sharpest pace since the start of the survey in October 2001.

Both manufacturers and service-sector firms became lessoptimistic about business conditions in the 12 months ahead, the survey showed.

The au Jibun Bank Flash Services PMI Index dropped to aseasonally adjusted 42.7, down from the prior month's final of 47.6.

The au Jibun Bank Flash Japan Composite PMI, which iscalculated by using both manufacturing and services, dropped to 44.6 from January's final of 49.9, marking the lowest level since June 2020's 40.8.