Majority of Japanese unhappy with progress of booster shots - survey 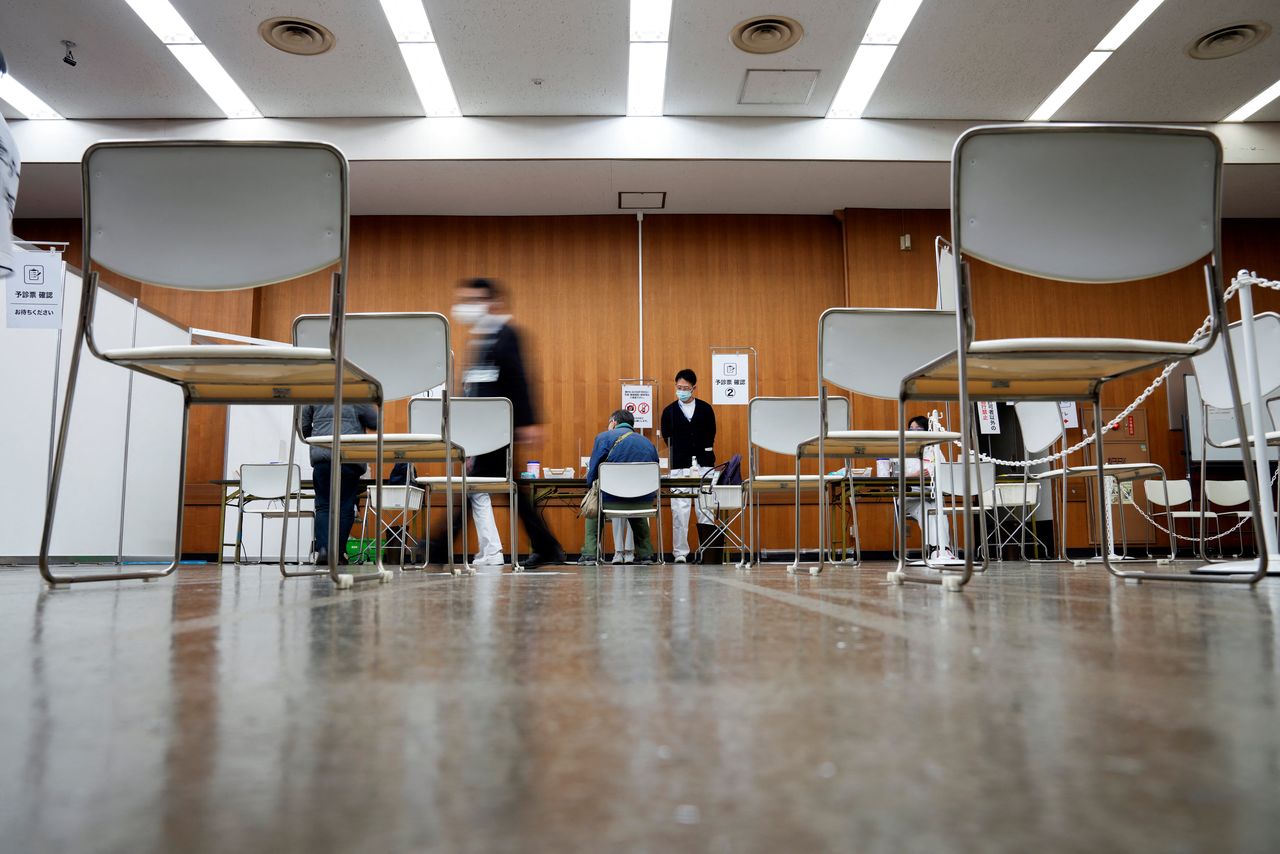 TOKYO (Reuters) -Most Japanese think the rollout of booster shots against COVID-19 is too slow and many give mixed reviews to Prime Minister Fumio Kishida's handling of the pandemic, including last week's decision to ease border rules, a poll showed.

Anger over the Japanese government's handling of the coronavirus pandemic helped sink the administration of Kishida's predecessor, Yoshihide Suga, and Kishida faces a crucial election for the upper house of parliament in July.

About 73% of respondents to a Kyodo news agency opinion poll over the weekend felt Japan's rollout of booster shots has been far too slow, though 54.1% approved of how the government had tackled the coronavirus overall.

Only 14.4% of the population has received booster shots even though nearly 30% of the country is 65 or older and at greater risk without the protection of the booster.

Kishida, who has repeatedly promised to accelerate the booster programme, told a news conference last week he has yet to receive his booster, but should get one early in March.

The booster programme has picked up steam in recent days, with more than 700,000 shots a day - nearing Kishida's goal of 1 million by the end of February. Still, February became the deadliest month of the pandemic for Japan on Saturday, with 3,033 deaths so far this month.

Nearly half of respondents to the two-day telephone survey said it was "too early" to loosen border controls, which have among been the strictest among wealthy nations but were slammed by businesses and educators, a move set to take place in stages from March 1.

About 45.7% said the decision, which will open borders to foreigners except for tourists, came too early, Kyodo said, while 34.9% said it was "appropriate" and 16.3% saw it as too late.

Overall, Kishida's support rose slightly to 56.6% although disapproval of his government edged up 2.2 points to 27.4%.