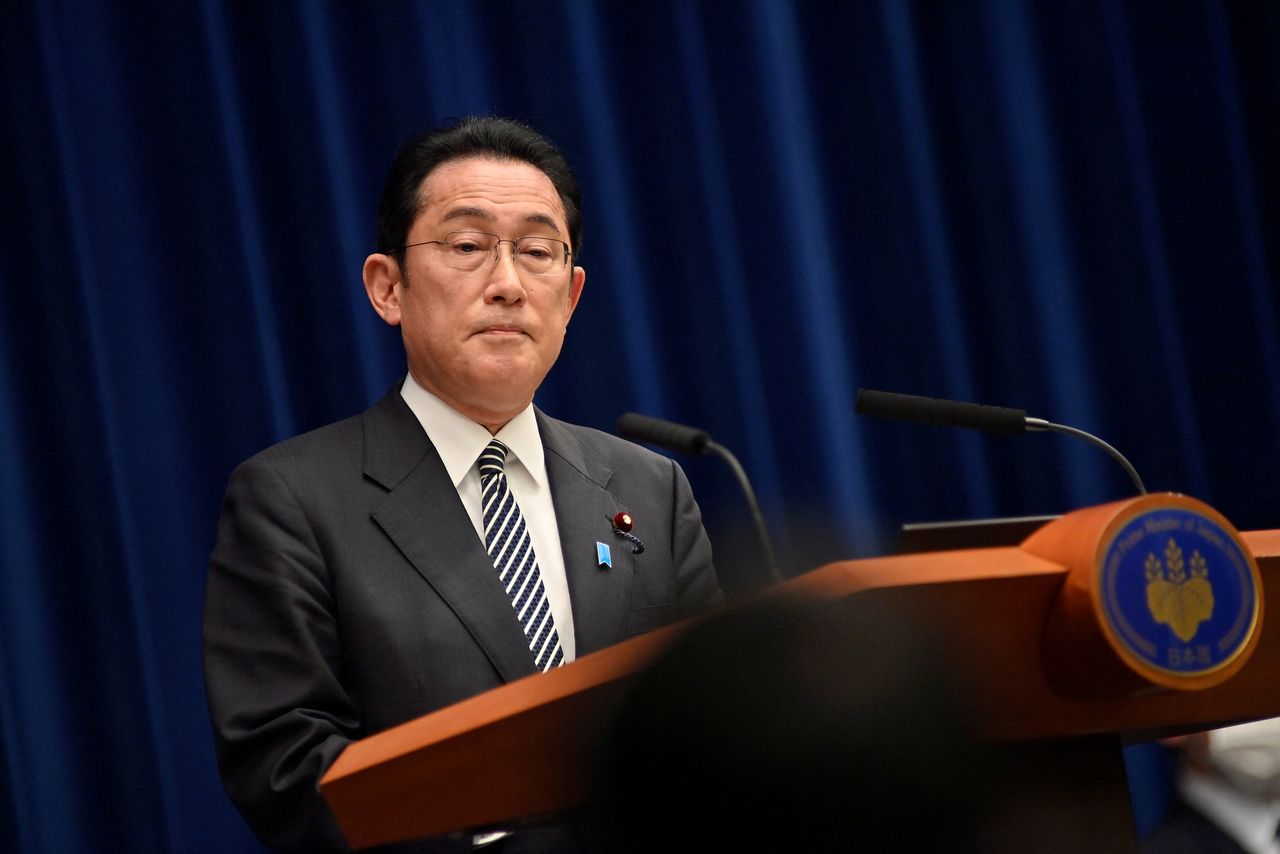 TOKYO (Reuters) - A key Japanese parliamentary committee on Monday approved the government’s record $940 billion initial spending plan for the next fiscal year, setting the stage for the budget’s full passage through the legislature in March.

Prime Minister Fumio Kishida is counting on the budget to pull the world’s third-largest economy out of the COVID-19-induced doldrums with the economy set to slow to a crawl this quarter.

The budget for the new fiscal year beginning in April, worth 107.6 trillion yen ($936.14 billion), is Japan’s biggest initial spending plan.

The expansive fiscal package will also add to strains for the industrial world’s heaviest debt burden, which is more than twice the size of Japan’s $5 trillion economy.

The budget was approved on Monday by ruling party lawmakers at the lower house budget committee. It would be put to a vote on Tuesday in the plenary, as agree by ruling and opposition blocs.

Given the ruling bloc’s majority in the both chambers of parliament, the budget bill would be enacted 30 days after it is sent to the upper house.

It marked the quickest enactment of a budget since 1999.

Kishida has vowed to bring the primary budget, which excludes new bond sales and debt-servicing costs, to surplus by fiscal 2025, while he is facing pressure within his ruling Liberal Democratic Party (LDP) to spend more before the July upper house elections.

The first annual budget compiled under Kishida’s cabinet followed an extra 36 trillion yen in spending for this fiscal year as he has vowed to implement seamless spending over a 16-month period to keep the economy afloat.