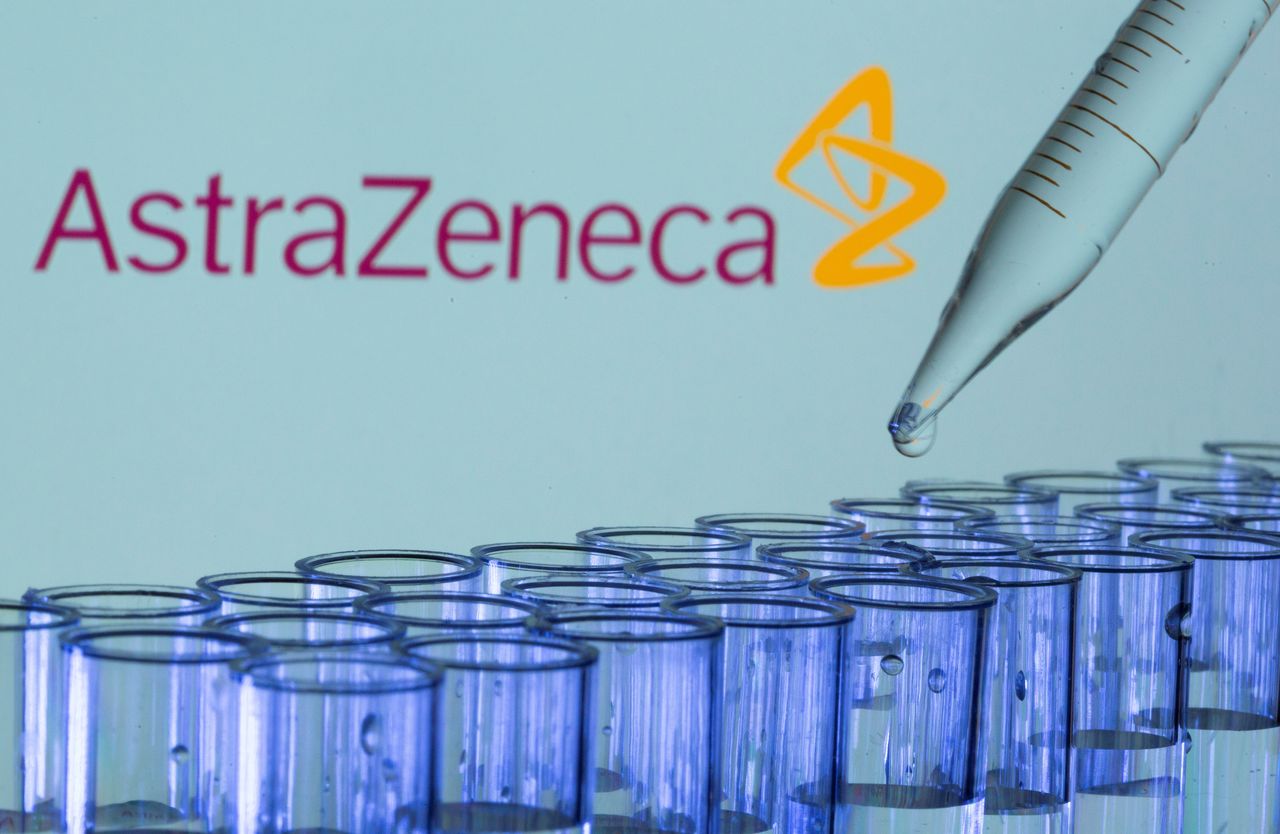 FILE PHOTO: Test tubes are seen in front of a displayed AstraZeneca logo in this illustration taken, May 21, 2021. REUTERS/Dado Ruvic

(Reuters) -AstraZeneca said its Enhertu cancer drug has been shown to significantly help women suffering from a type of breast cancer that leaves them with poor treatment options, opening the door to a much larger potential patient group.

AstraZeneca, which is working on the drug with Japan's Daiichi Sankyo, said on Monday that Enhertu prolonged survival and slowed the progression of metastatic breast cancer with low levels of a protein known as HER2.

The improvement was "clinically meaningful" when compared with standard chemotherapy, it said, adding that detailed results of the late-stage trial would be presented at an as-yet undisclosed medical conference.

The company said it would reach out to regulatory agencies to enable a speedy review of a wider use for the drug.

While the study was limited to low-HER2 patients whose tumours had spread to other parts of the body, analysts have said a positive trial read-out could portend future use at earlier stages of the disease with potentially hundreds of thousands of new eligible patients per year.

The read-out is set to bolster the Anglo-Swedish company's status among analysts as one of the world's fastest growing major pharma groups, thanks to a high success rate in cancer drug development.

It has forecast higher group revenues for 2022, despite a decline in sales of its widely used COVID-19 vaccine, driven by cancer drugs such Tagrisso against lung tumours and treatments for kidney disease and rare conditions.

The company's shares were up 2.1% at 1044 GMT, outperforming a 0.15% increase in the STOXX Europe 600 Health Care index and extending a 5% gain over the previous four trading sessions.

"HER2 low is a large and previously unaddressed patient pool in breast cancer," analysts at Credit Suisse said in a note, adding they saw a 50% probability of $3 billion peak sales potential from the new patient group.

AstraZeneca secured rights to the Daiichi Sankyo compound three years ago in a deal worth up to $6.9 billion. Enhertu has since been shown to help women with metastatic breast cancer characterised by high levels of HER2 when compared to Kadcyla, the ADC drug from Switzerland's Roche - the world's biggest cancer drug maker.

"This is about redefining the categorisation of breast cancer and increasing the number of options for women," said Susan Galbraith, Astra's head of oncology research and development.

She added that, while the new study had focused on women that had exhausted three to four earlier therapies, more trials would in future test Enhertu on women during earlier stages of the disease, both with high and low HER2, which would be a much larger patient group.

Enhertu belongs to a promising class of therapies called antibody drug conjugates (ADC), which are engineered antibodies that bind to tumour cells and then release cell-killing chemicals.

This led to initial market approval in late 2019. A further clearance was won for HER2-driven gastric cancer. The drug is also being tested against other forms of gastric, lung and colorectal cancers.

Roche's established Herceptin drug is also based on the HER2 receptor but Enhertu is designed to pack a much larger cell-killing punch so that even low levels of HER2 enable treatment.