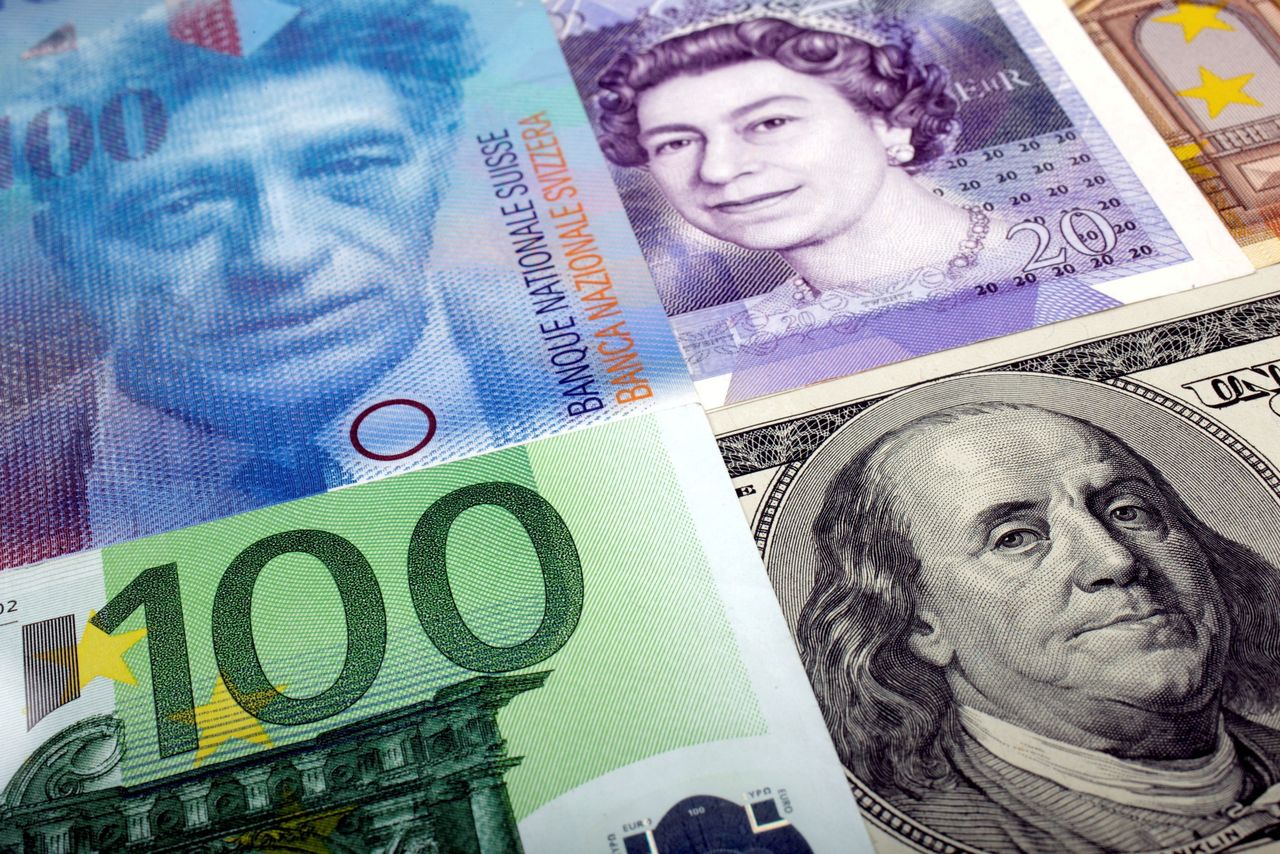 NEW YORK (Reuters) - The U.S. dollar dipped slightly against a basket of major currencies on Tuesday amid choppy trade spurred by developments in Ukraine after Russian President Vladimir Putin recognized two breakaway regions in the country and ordered troops to the area.

The Kremlin said it remained open to diplomacy with the United States and other countries as it faced actions from a slew of countries. Britain published a list of sanctions and Germany froze the Nord Stream 2 Baltic Sea gas pipeline project, which would have significantly increased the flow of Russian gas.

The dollar weakened somewhat as U.S. President Joe Biden announced the first wave of sanctions against Russia while saying he hoped diplomacy was still available.

The euro rose versus the greenback after earlier touching its lowest level since Feb. 14, buoyed in part by the hope for talks and economic data that showed business morale in Germany improved in February across all sectors to its highest since August.

"Putin is running the show here, but the markets are not responding as if they are really fearful that what happened is an irredeemable escalation that is going to end up with the kind of sanctions that wreck economies, or at least will wreck the global recovery," said Joseph Trevisani, senior analyst at FXStreet.com in New York.

"The game is still in the air, and the markets know it; they don’t see it as a great change in the situation."

The dollar earlier gained some ground after data from IHS Markit showed U.S. business activity in February regained speed as the drag from a surge in COVID-19 cases during the winter ebbed.

Other data, however, showed U.S. consumer confidence fell for a second straight month in February.