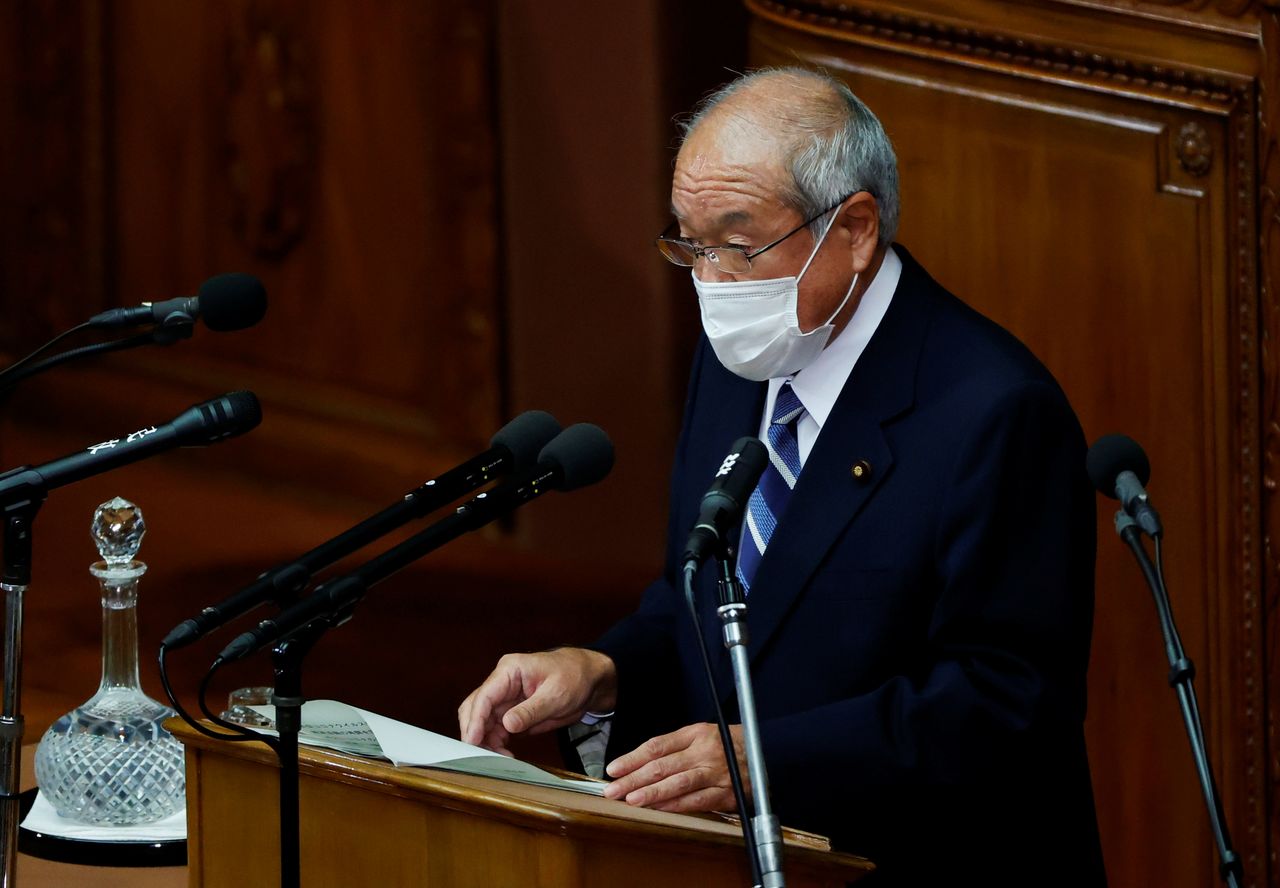 FILE PHOTO: Japan's Finance Minister Shunichi Suzuki wearing a protective face mask delivers his policy speech during the start of an extraordinary session of the lower house of the parliament, amid the coronavirus disease (COVID-19) pandemic, in Tokyo, Japan December 6, 2021. REUTERS/Issei Kato

Shunichi Suzuki made the remark as the parliament's powerful lower house is set to approve the fiscal 2022/23 budget with a record $940 billion in spending on Tuesday, setting the stage for the budget's full passage through the legislature in March.[nL1N2UW073]

"If trust in our fiscal management is called into question, we cannot rule out a possibility that it could have a big impact on policy implementation and people's livelihoods."

Japanese government bond (JGB) yields were recently at multi-year highs, partly driven by bets that the Bank of Japan (BOJ) may have to scale back monetary stimulus in response to the tightening campaigns of global central banks. The yields have since retreated somewhat as Ukraine tensions send investors seeking safe-haven assets.

The BOJ stepped into the market this month by offering unlimited bond purchases at a fixed rate to stem a rise in the key 10-year JGB yield toward its implicit 0.25% tolerance ceiling under its yield curve control policy.

Suzuki also said Japan will coordinate with the Group of Seven advanced economies in dealing with the Ukraine situation while carefully watching how it could affect its economy.