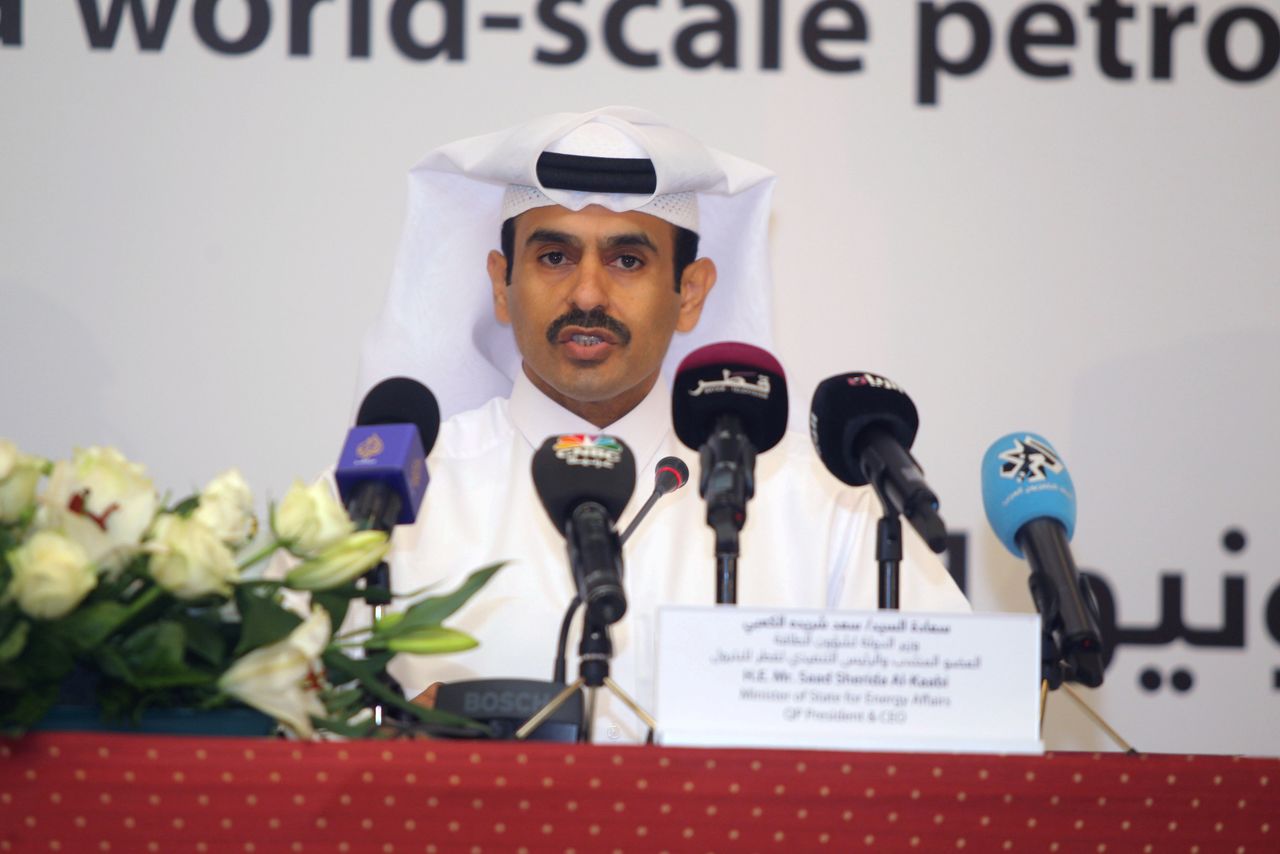 DOHA/LONDON (Reuters) - Neither Qatar nor any other single country has the capacity to replace Russian gas supplies to Europe with liquefied natural gas (LNG) in the event of disruption due to a conflict between Russia and Ukraine, Qatar's energy minister said on Tuesday.

With most of Qatari volumes are locked into long-term contracts mostly to Asian buyers, the amount of divertable volumes that can be shipped to Europe is only 10-15%, Saad al-Kaabi added.

Kaabi's comments renewed concerns over Europe's security of gas supplies as tensions escalated between Russia and Ukraine on Tuesday after Moscow ordered troops into two breakaway regions in eastern Ukraine.

"Russia (provides) I think 30-40% of the supply to Europe. There is no single country that can replace that kind of volume, there isn’t the capacity to do that from LNG," Kaabi told reporters at a gas conference in Doha.

"Most of the LNG are tied to long-term contracts and destinations that are very clear. So, to replace that sum of volume that quickly is almost impossible," he said.

The United States and its European allies are set to announce fresh sanctions against Russia after President Vladimir Putin formally recognised the independence of the two regions in eastern Ukraine. The sanctions could affect the Russian flow of gas into Europe.

Qatar and other countries such as Japan have recently been approached by the United States to reroute gas supplies to Europe in case conflict escalates.

Sources told Reuters that Qatari LNG exports have been lower over the past few days as two of its mega trains have been down, another factor that could limit the spare amount to be sent to Europe.

Japan said earlier this month it will divert some LNG cargoes to Europe after requests from the United States and the European Union.

However, the few cargoes that arrived to Europe were cargoes already scheduled under a joint venuture between Japan's JERA and France's EDF and there was no incremental added supply.

Currently facing a cold spell that has depleted LNG inventories, Japan is experiencing re-stocking demand and so it needs more LNG supply.

"We’ve not seen anything concrete happen to supply yet. That could obviously change, but clearly, Qatar and Japan will be limited in their ability to help with extra cargoes if Europe loses access to Russian gas," said Robert Songer, LNG analyst at commodities intelligence firm ICIS.

(Reporting by Maha El Dahan and Andrew Mills in Doha, additional reporting by Isla Binnie in Madrid, writing by Marwa Rashad in London, Editing by Nina Chestney and Chizu Nomiyama)