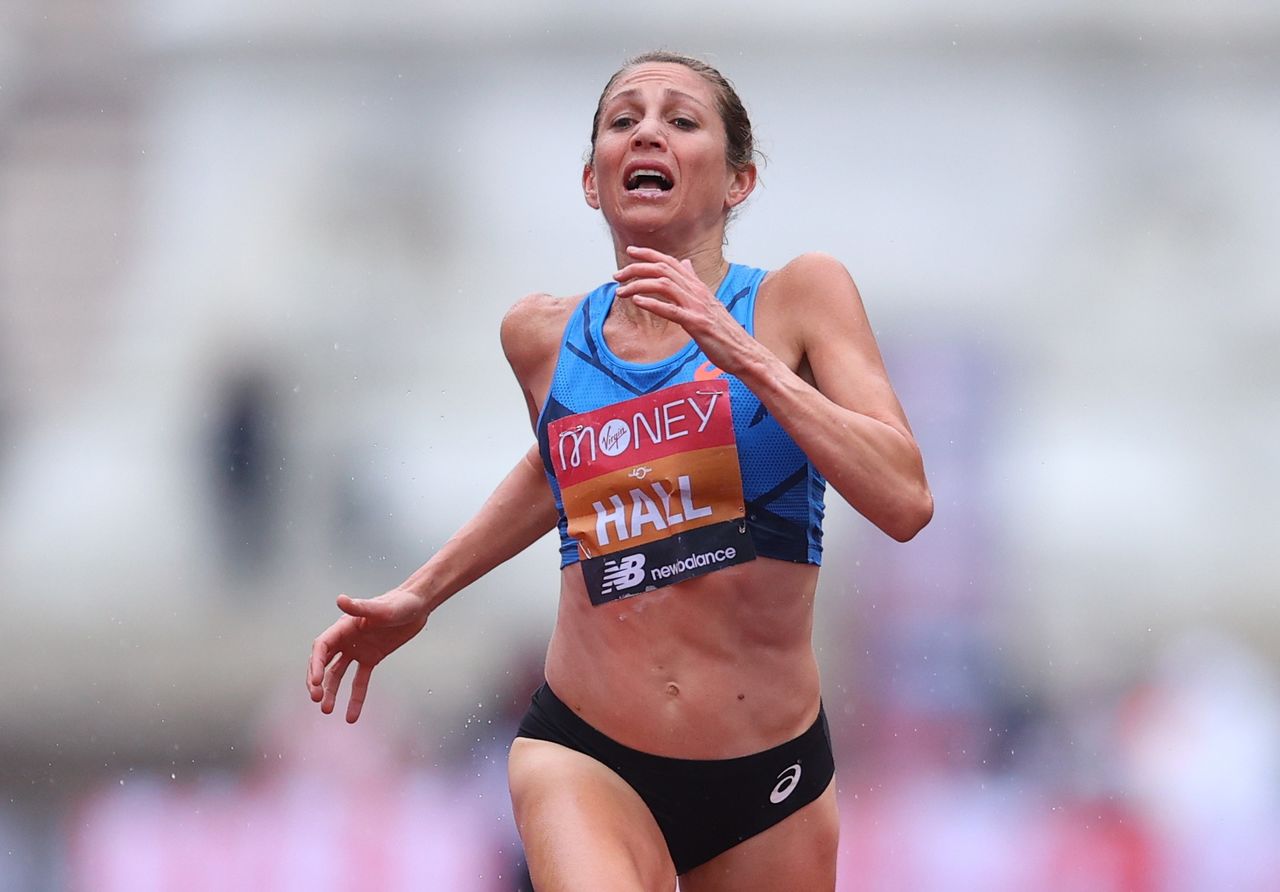 NEW YORK (Reuters) - Fleet-footed Sara Hall returns to action at the New York City Half next month having claimed the United States half-marathon record last month ahead of what she sees as a banner year for American athletics.

She set the U.S. record of 1:07:15 in Houston last month, beating Molly Huddle's previous best (2018) by 10 seconds, after finishing on the podium at the 2020 London Marathon and at the Chicago Marathon last year.

Joining her at the marquee New York race are Tokyo bronze medallist Molly Seidel, who finished fourth in the New York City Marathon in November, and 2021 Chicago runner-up Emma Bates.

"It's been awesome to see U.S. female marathoners either getting on the podium or being in contention every time out at the highest level every time," Hall told Reuters.

With all eyes on the U.S. when it hosts the World Athletics Championships for the first time this summer, Hall believes the U.S. could dominate at Eugene, Oregon's Hayward Field.

"USA track and field is strong against so many," said Hall. "Every event, we're in medal contention... it's a really exciting time to be a fan of the sport."

She credits her own recent run of success in part to her husband, Ryan Hall, who began coaching her after he retired from professional athletics in 2016. Whereas "tough love" has been widely embraced in athletics coaching for decades, she says his softer approach has made the difference.

Together, they hold the men's and women's American half-marathon records.

"I've had coaches in the past that were like, 'Oh, you just gave up', you know, like that kind of stuff," said Hall.

"That was really detrimental to me because it really made me believe I wasn't mentally tough. And then when you believe that about yourself, it's kind of a self-fulfilling prophecy."

Hall hopes hers can be an example in what can be achieved with a method not based in "fear," as conversation about mental health and wellbeing dominates the upper echelons of sport.

"I hope that people are seeing what creates longevity," Hall told Reuters. "That win at all costs, tough love approach, that doesn't create longevity in the sport."

The NYC Half will take place on March 20.

(Reporting by Amy Tennery in Beijing; Editing by Christian Radnedge)