Japan imposes sanctions on Russia over actions in Ukraine 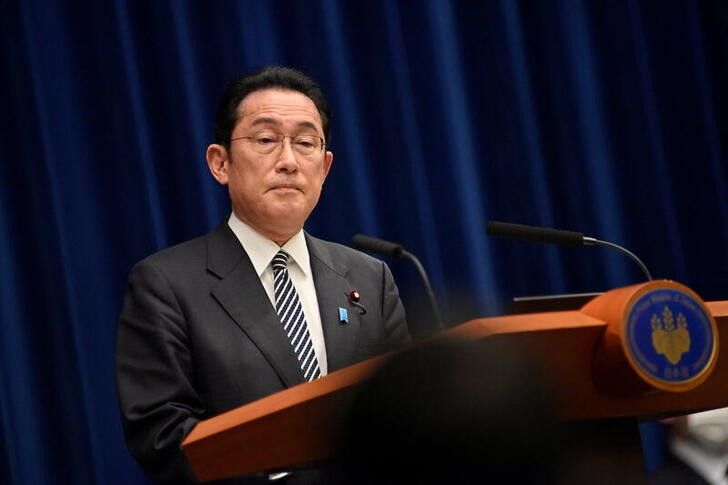 Japan's sanctions include prohibiting the issuance of Russian bonds in Japan and freezing the assets of certain Russian individuals as well as restricting travel to Japan, Kishida said.

"Russia's actions very clearly damage Ukraine's sovereignty and go against international law. We once again criticise these moves and strongly urge Russia to return to diplomatic discussions," he said.

"The situation remains quite tense and we will continue to monitor it closely."

Details of the sanctions will be worked out and announced over the coming days, he added.

Japan has sufficient reserves of oil and liquefied natural gas (LNG) so that there will not be a significant impact on energy supplies in the short term, Kishida said.

Should oil prices rise further, he said he would consider all possible measures to limit the impact on companies and households.

Kishida said Japan would remain in close contact with other G7 nations and the international community.

"Should the situation worsen, we'll move quickly to take further action," he added.

Japanese markets were closed on Wednesday for a national holiday.

Japan's toughening stance contrasts with the softer diplomatic approach to Moscow taken by Japanese governments in the past, attempts to secure the return of islands occupied by Russian forces at the end of World War Two.

Japan's relations with Moscow have also been shaped by its reliance on Russia for energy needs. In 2021, Russia provided more than 12% of Japan's thermal coal, and almost a tenth of its LNG.