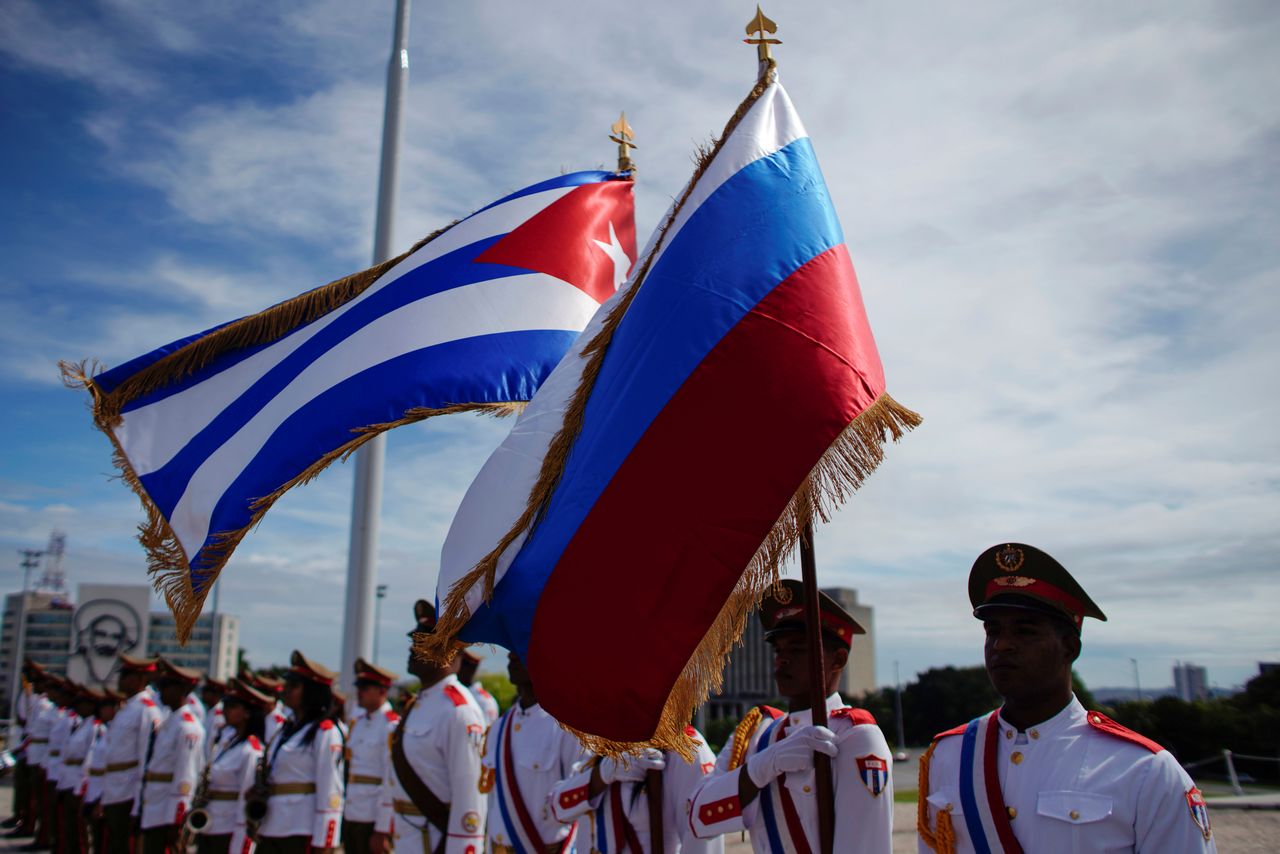 Honor guards hold a Russian and a Cuban flag during a wreath-laying ceremony with Russia's Prime Minister Dmitry Medvedev (not pictured) at the Jose Marti monument in Havana, Cuba, October 3, 2019. REUTERS/Alexandre Meneghini

By Polina Devitt and Dave Sherwood

MOSCOW/HAVANA (Reuters) - Russia has agreed to postpone some debt payments owed to it by communist-run Cuba until 2027, its lower house of parliament said on Tuesday, just days after the two countries announced they would deepen ties amid the spiraling Ukraine crisis.

The loans, worth $2.3 billion and provided to Cuba by Russia between 2006 and 2019, helped underwrite investments in power generation, metals and transportation infrastructure, according to a statement from the lower house, or Duma.

On Tuesday, Russian lawmakers ratified an agreement, originally signed with Cuban counterparts in Havana in 2021, that amended the loan terms, the statement said.

Cuba last week expressed support for Russia in its showdown with Western powers over Ukraine following a visit from Russian Deputy Prime Minister Yuri Borisov, and accused long-time rival the United States and its allies of targeting Moscow with what it called a "propaganda war" and sanctions.

Russia's decision to soften the loan terms comes as Cuba wrestles with a dire social and economic crisis that has led to severe shortages in food and medicine, and it follows protests last year believed to be the largest since Fidel Castro's 1959 revolution.

Since the revolution, the two countries have had a long history of economic and military collaboration, though in recent decades those ties have faded.

Russia has, however, continued to deliver humanitarian aid and provide loans to the island.

Over the last decade, Cuba has also restructured debt with China, Germany and Mexico, as well as with Japanese commercial debt holders.

In October, Cuba reached a deal with the Paris Club of creditor nations to postpone an annual debt payment due in November until later this year.

Duma chairman Vyacheslav Volodin is expected to visit Cuba and Nicaragua on Feb. 23 and 24.

(Reporting by Polina Devitt in Moscow and Dave Sherwood in Havana; Editing by Tim Ahmann)