Taiwan casts wary eye at China amid Ukraine crisis, but no immediate alarm 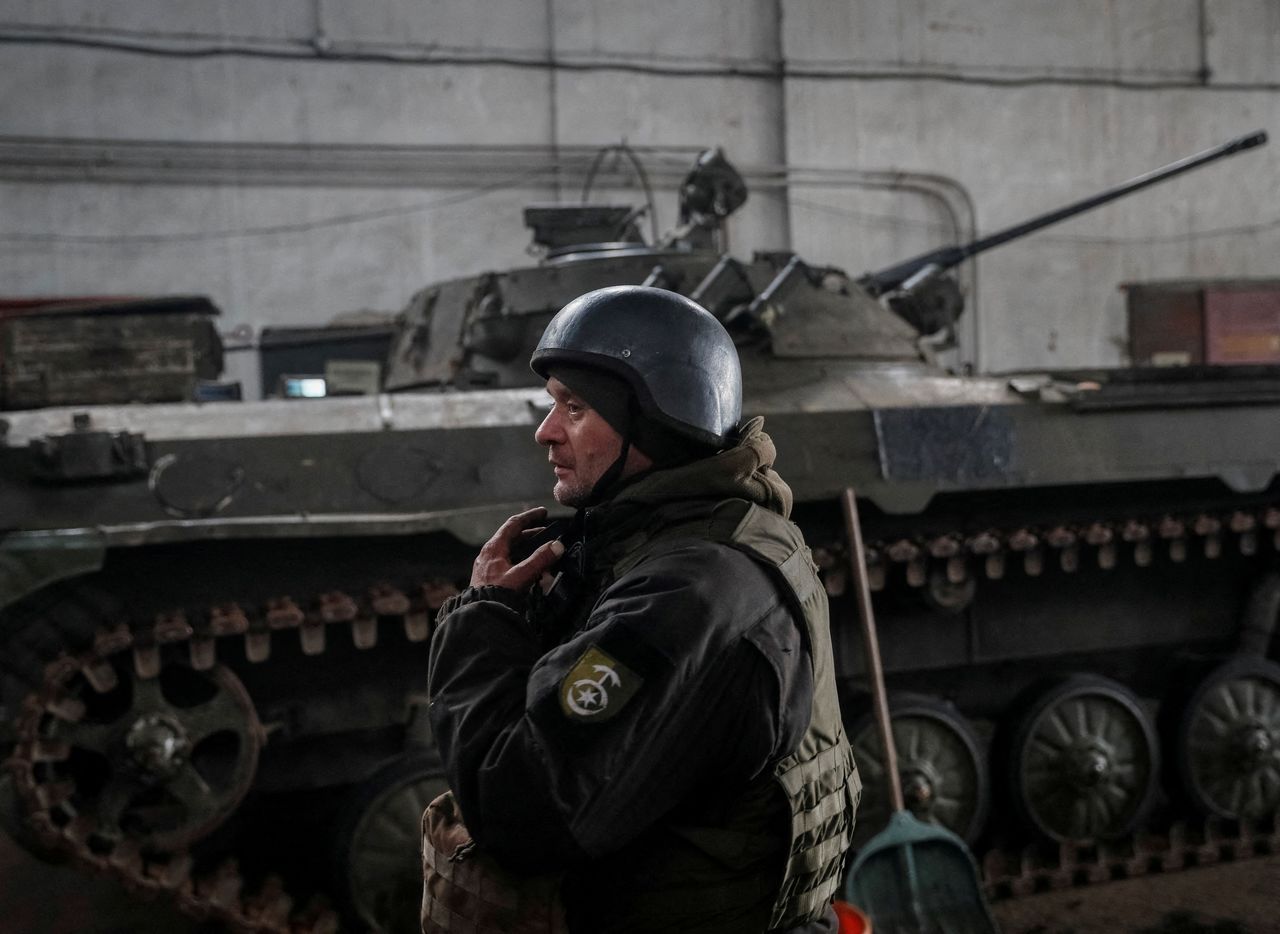 FILE PHOTO: A Ukrainian service member stands near an infantry fighting vehicle on the front line near the city of Novoluhanske in the Donetsk region, Ukraine February 22, 2022. REUTERS/Gleb Garanich/File Photo

TAIPEI (Reuters) - Taiwan is nervous that Beijing may take advantage of a distracted West to ramp up pressure on the island amid the crisis in Ukraine, but there have been no unusual manoeuvres by Chinese forces in recent days, officials in Taipei say.

The government, always on alert to what they view as Chinese provocations, last month set up a Ukraine working group under the National Security Council. China views Taiwan as its own territory and has stepped up military activity near the self-governing island during the past two years.

President Tsai Ing-wen told a meeting of the working group on Wednesday that Taiwan must increase its surveillance and alertness on military activities in the region and tackle foreign misinformation, though she did not directly mention China.

Although Taiwan's government says the island's situation and that of Ukraine's are "fundamentally different", Tsai has expressed "empathy" for Ukraine's situation because of the military threat the island faces from China.

Taiwan Foreign Minister Joseph Wu warned in two foreign media interviews this month that they were watching very closely to see whether China would take advantage of the Ukraine crisis to attack.

"China may think about using military action against Taiwan at any moment, and we need to be prepared for that," he told Britain's ITV News.

A senior Taiwan official familiar with the government's security planning told Reuters that the chances of a sudden uptick of military tension are "not high", but that Taipei has been watching closely for any unusual Chinese activities.

The person pointed to the People's Liberation Army's joint military drills in areas between Taiwan's northeast and near the Miyako Strait close to Japan's southern islands, which have become more frequent in the past month or so.

The drills included fighter jets, bombers and warships and were meant to increase pressure on Japan, the official said, who declined to be identified due to the sensitivity of the matter.

Ma Xiaoguang, a spokesperson for China's Taiwan Affairs Office, said on Wednesday that Taiwan's government in concert with the West was using Ukraine to "maliciously hype up" military threats and whip up anti-China sentiment.

British Prime Minister Boris Johnson said on Saturday that if Western nations failed to fulfil their promises to support Ukraine's independence, it would have damaging consequences worldwide, including for Taiwan.

Two Taiwan-based diplomatic sources told Reuters that President Xi Jinping's primary focus at the moment was preparing for a tricky once-every-half-decade congress of the ruling Communist Party this year, where he will cement a historic third term in office.

"Once that's done, he will be able to focus once more on Taiwan," said one of the sources, who spoke on condition of anonymity as neither was authorised to speak to the media.

Taiwan, which rejects Beijing's sovereignty claims, has lived under the threat of Chinese invasion since the defeated Republic of China government fled to the island in 1949 after losing a civil war to the Communists.

"So far Xi has been firm but gradual, not lightening fast like Putin."

One Western security official familiar with policy planning toward China said Beijing was most likely looking at how the Ukraine situation developed in terms of sanctions on Russia.

"It's probably seen as a laboratory by China, on what they might face in a Taiwan contingency," the official said, referring to how Western countries may react to a Chinese attack on the island.

The Taiwan official said there were some similarities between Putin's and Xi's military moves in recent years, pointing to Russia's "grey zone" tactics towards Crimea before annexing it in 2014. Taipei has called China's frequent air missions near the island a "grey zone" tactic.

"Rather than conjecturing whether Xi would restrain actions before the party congress, it is more realistic to analyse its daily military activities and make preparations accordingly," the official added.