Bringing up a child costlier in China than in U.S., Japan - research 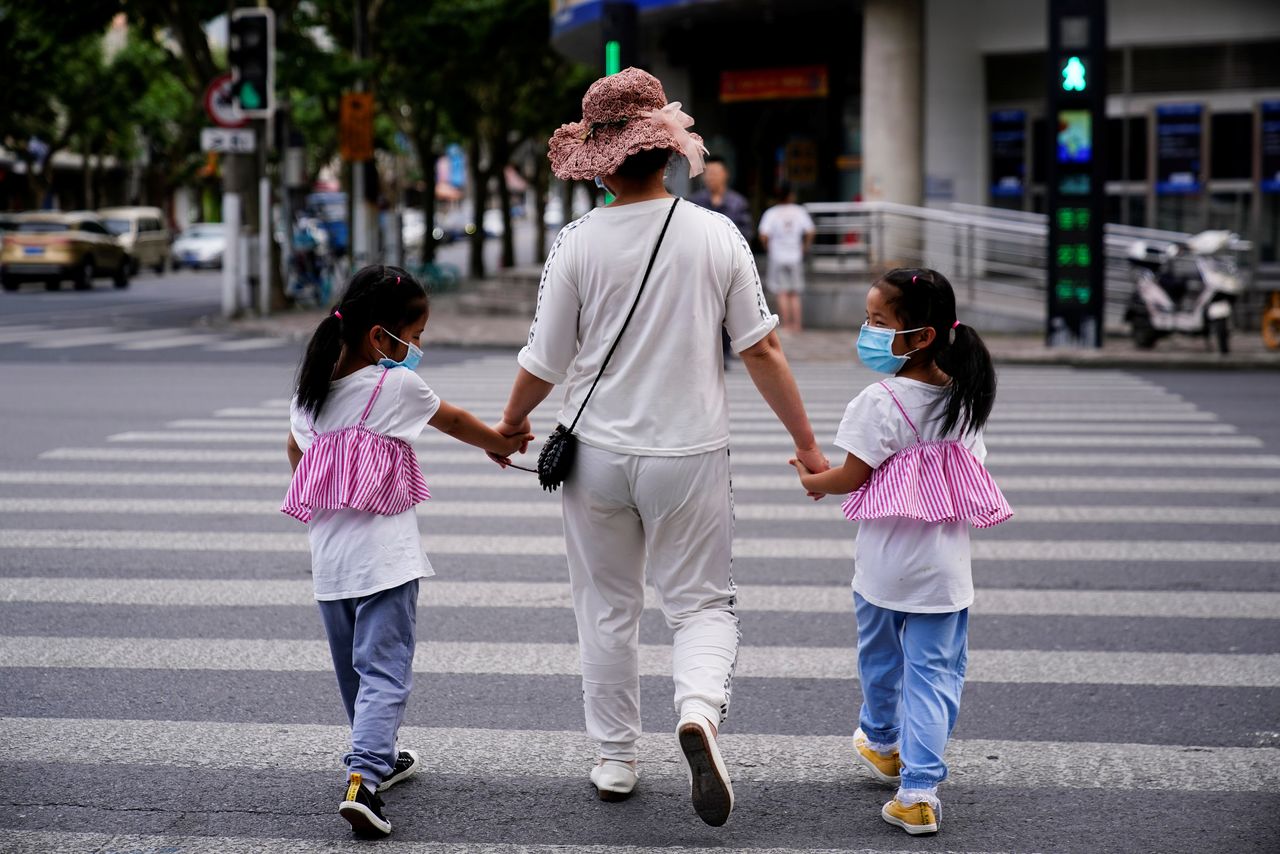 FILE PHOTO: A mother walks with her twin daughters on a street in Shanghai, China June 7, 2021. REUTERS/Aly Song

SHANGHAI (Reuters) -The cost of raising a child in China stands at nearly seven times its per capita GDP, far more than in the United States and Japan, highlighting the challenges facing Chinese policymakers as they try to tackle rapidly declining birth rates, new research showed.

Experts warn China's ageing population will put huge pressure on its health and social security system, while a dwindling workforce could also severely limit growth for the world's second largest economy in the coming decades.

Although new policies allow families to have as many as three children, China's birth rate dropped to 7.52 births per 1,000 people in 2021, the lowest since the National Bureau of Statistics began recording the data in 1949.

The sky-high costs of child-rearing have helped prompt a crackdown by Beijing on the private tutoring industry while some regions have been giving couples cash for having a second or third child.

Beijing-based YuWa Population Research Institute said in a report published on Tuesday that the average cost of raising a child to the age of 18 in China in 2019 stood at 485,000 yuan ($76,629) for a first child, 6.9 times China's per capita GDP that year.

Child rearing costs are even higher in China's major cities, reaching more than 1 million yuan in Shanghai and 969,000 yuan in Beijing. Birth rates in the two cities are even lower than the national average.

One mother, writing under the username "Maning" on China's Twitter-like Weibo microblog site, said she believed child-rearing costs in Beijing were probably even higher than the report suggested.

"With such calculations, I can barely imagine a second child and any family that wants a third is just amazing," she said.

China would need to spend at least 5% of its annual GDP to create incentives for couples to have more children, including education subsidies, preferential mortgage rates, tax breaks, equal paternity and maternity leave, as well as the construction of more childcare centres, it added.

On Weibo, another user writing under the name Lawyer Zhang, said that action needed to be taken to address the disproportionate burden faced by women, who are expected to give birth and raise children as part of their natural "motherhood".

"That's why the cost of childbirth is mostly borne by women, making women live in an unfair competitive environment for a long time."