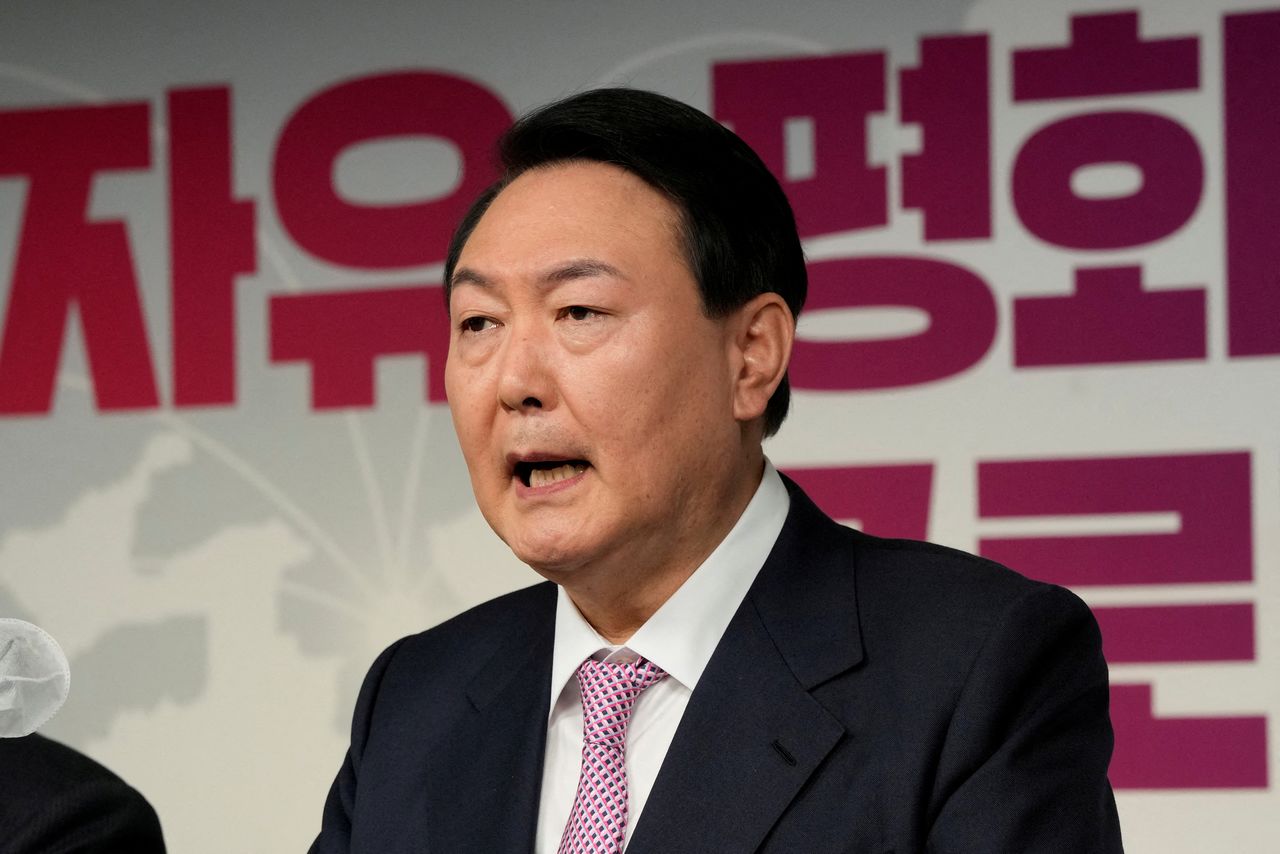 Kim Sung-han, who advises Yoon Suk-yeol on foreign policy, also said North Korea is likely to resume weapons testing, but his team aims to devise a roadmap with significant and swift benefits for Pyongyang if it takes concrete actions to denuclearise.

Yoon is the conservative main opposition People Power Party’s candidate to run in the March 9 election, and is leading a tight race against Lee Jae-myung from outgoing President Moon Jae-in’s party.

Relations between South Korea and China have been frayed since the installation in South Korea of the U.S. Terminal High Altitude Area Defence (THAAD) system in 2017 to better counter North Korea’s evolving missile threats.

China argued the equipment’s powerful radar could penetrate into its territory, and restricted economic and tourist exchanges, dealing a major blow to South Korea as its biggest trading partner.

The opposition has criticised Moon’s promises of the so-called three “No”s - no additional THAAD deployments, no participation in a U.S.-led global missile shield, and no creation of a trilateral military alliance involving Japan - made in late 2017 in a bid to appease China and normalise relations.

Yoon, a former prosecutor-general, seeks to not only scrap those promises, but also purchase a new THAAD interceptor battery to deploy nearer to Seoul, together with the existing six sets at the southeastern air base of Seongju, Kim said.

“The economic retaliation continues even now in some areas, but to us, it’s a matter of life and death, and China does not seem to fully understand that,” Kim said in his first interview with foreign media.

Another THAAD installation, which Kim estimated to cost up to 1.5 trillion won ($1.26 billion), may well bring a fresh bout of economic retaliation from China.

But that would be a key element in relations that must be “corrected,” after Moon had turned a blind eye in order to improve inter-Korean ties with Beijing’s help, he said.

“More candid efforts should have been made to promote mutual respect, not just be a nice neighbour,” said Kim, a professor in international relations at Korea University who served as vice foreign minister from 2012-13.

“Unless China’s misunderstandings about THAAD aren’t resolved, the relationship would remain superficial and that limits solid cooperation.”

A Yoon administration would ditch Moon strategic ambiguity between Washington and Beijing, which contributed to deepening those misunderstandings, while promoting more regular security dialogue to reassure the THAAD radar is not directed at China, Kim said.

To boost security capabilities, Yoon would want to expand alliance consultations over extended nuclear deterrence, bolster a trilateral partnership with the United States and Japan, and also join the “Quad” gathering of the United States, Australia, Japan and India, Kim said.

On North Korea, despite a lull after a record month with six missile tests in January, it would likely restart weapons testing soon and could include breaking a self-imposed moratorium on long-range and nuclear tests, he said.

Kim’s team would work to devise a roadmap where North Korea can receive rewards in a speedy manner in exchange for denuclearisation measures.

“I don’t think North Korea would return to the negotiating table for offers of COVID-19 vaccines or food handouts, as they move according to their own clear cost benefit analysis,” he said.

“We would want to give a signal that there would be significant benefits, that they can quite quickly reach the stage where they can get those, whether it be sanctions relief or large-scale economic aid, and present that roadmap in his early days in office.”