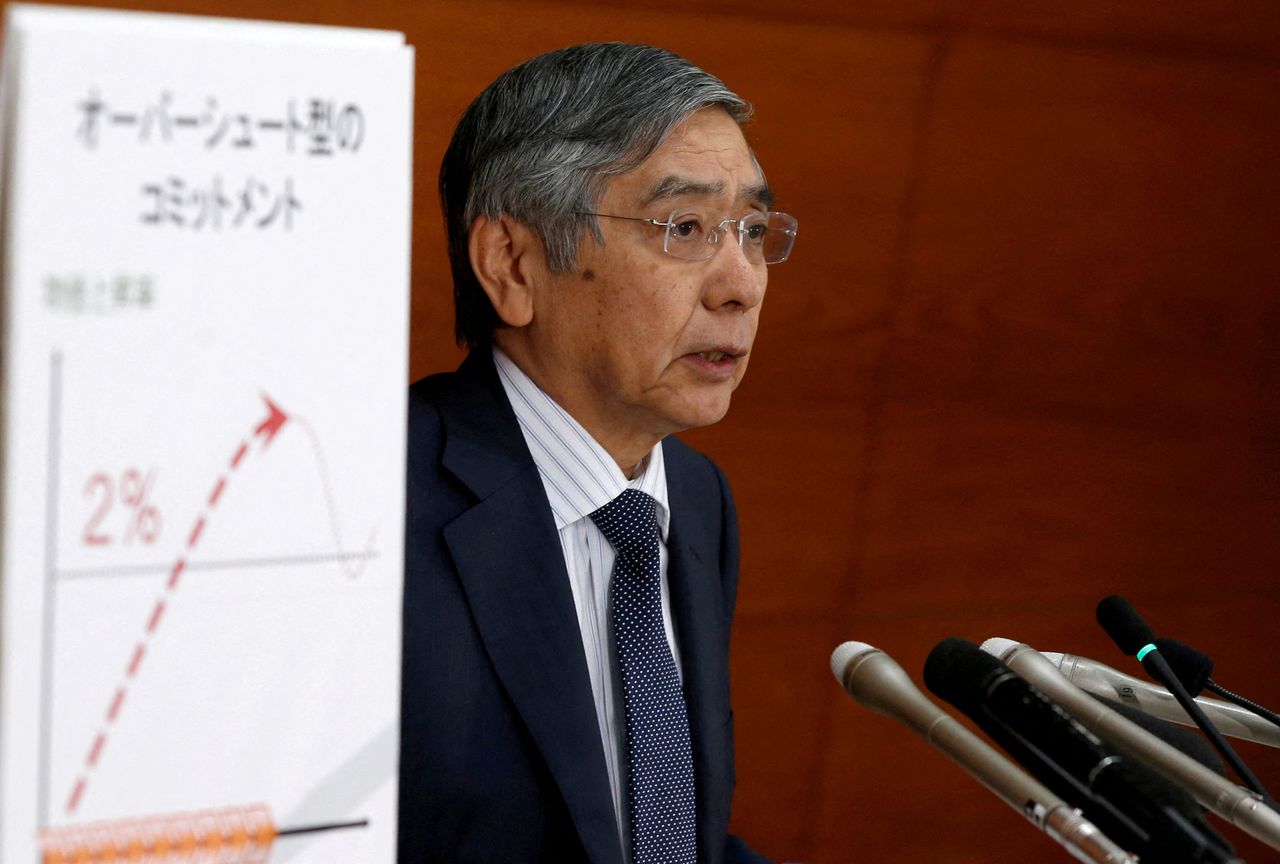 TOKYO (Reuters) -The Bank of Japan has no immediate plans to roll back its massive stimulus but will scrutinise how rising import costs could affect public perceptions on the inflation outlook, Governor Haruhiko Kuroda said on Thursday.

"If the yen weakens further, that could push up import costs. But the recent rise in import costs is driven mostly by an increase in dollar-denominated raw material prices, rather than a weak yen," he said.

"It's desirable for currency rates to move stably reflecting economic fundamentals. I think recent (yen) moves are in line with this trend," Kuroda told parliament.

"Unlike Western countries, we have no immediate plans to scale back our monetary stimulus," Kuroda said, stressing that Japan's inflation remains well below that of other economies.

Kuroda, however, added the BOJ will pay closer attention to recent surveys showing a shift in public perceptions away from the view Japan will remain mired in deflation.

"We will look not just at price indicators, but also surveys showing how the public feels about price moves," he added.

While soaring raw material costs have pushed up wholesale prices in Japan, core consumer inflation stood at 0.2% in January as weak household spending and wage growth keep firms from passing on the higher costs to consumers.

Some analysts expect consumer inflation to head towards 2% in coming months partly due to rising energy and commodity costs. The BOJ has said it will look past such cost-push inflation and keep monetary policy loose until those price rises are accompanied by sustained wage increases.