By Makiko Yamazaki and David Dolan

Nikkei Business Publications reported on Thursday that U.S. private equity firm Blackstone had made a buyout offer for the Japanese conglomerate, citing multiple unidentified sources. It said executives of both companies met in January.

"Blackstone has never approached Toshiba about a take-private," a Blackstone spokesperson said.

"Blackstone has never submitted an informal or formal proposal, verbally or in writing, and has no plans to do so," the spokesperson added.

Toshiba said in a statement there was "no such" fact that any specific proposals, "including preliminary and initial ones were brought to Toshiba, including those from Blackstone, to take Toshiba private".

The troubled $18 billion conglomerate was once one of corporate Japan's mightiest companies before being weakened by scandal. Yet it retains a number of attractive businesses from defence equipment to semiconductors.

Toshiba has announced a revised restructuring plan that would see it split off its devices business. Previously it planned to also break off its flash memory chip unit and its energy and infrastructure business. Some investors are calling on it to resume a strategic review and solicit buyout bids.

Some shareholders, particularly foreign activist funds, have been opposed to Toshiba's plan to split, seeing greater returns in a buyout. A deal to go private would also allow shareholders to exit their investment relatively quickly, as opposed to having to wait out a break-up that could take some years.

Management has said the break-up would be the best option to maximise value. 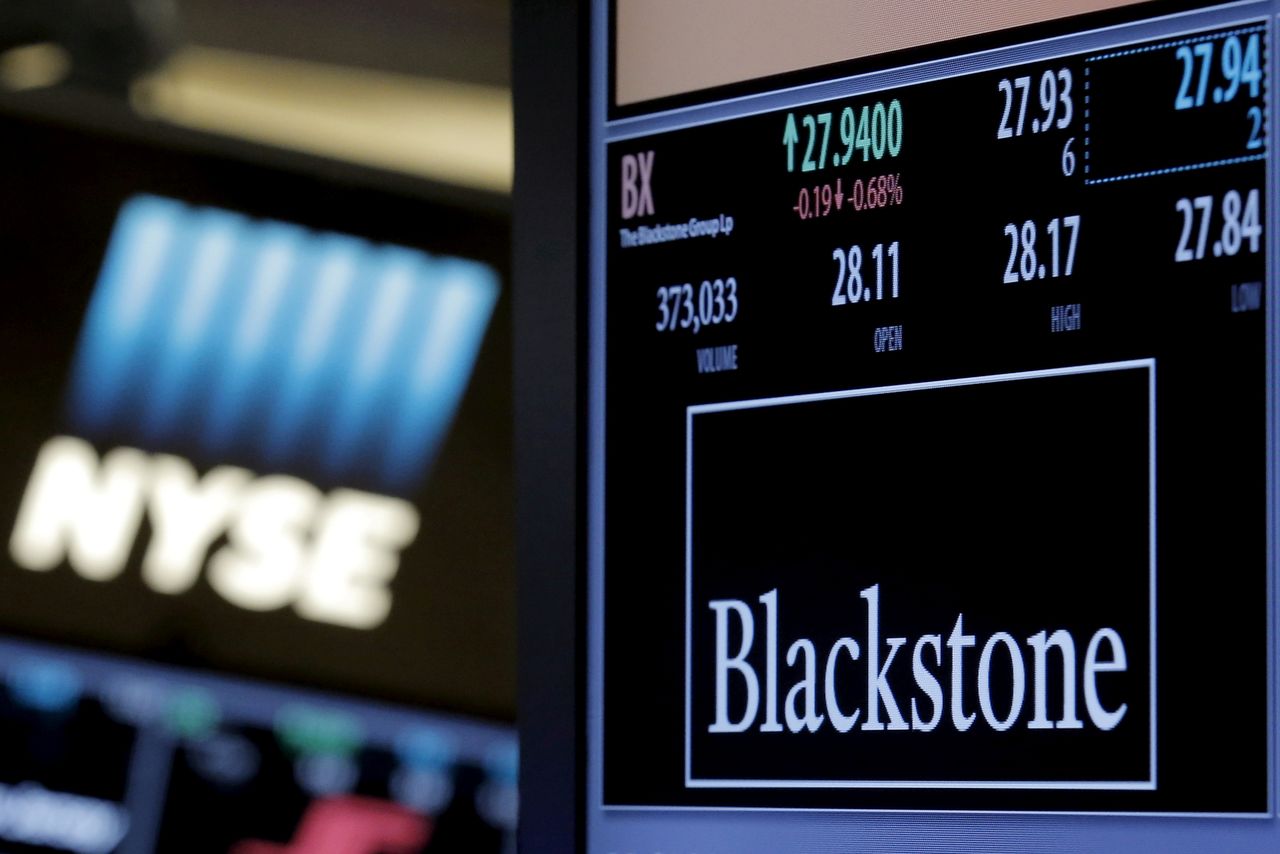 FILE PHOTO: The ticker and trading information for Blackstone Group is displayed at the post where it is traded on the floor of the New York Stock Exchange (NYSE) April 4, 2016. REUTERS/Brendan McDermid 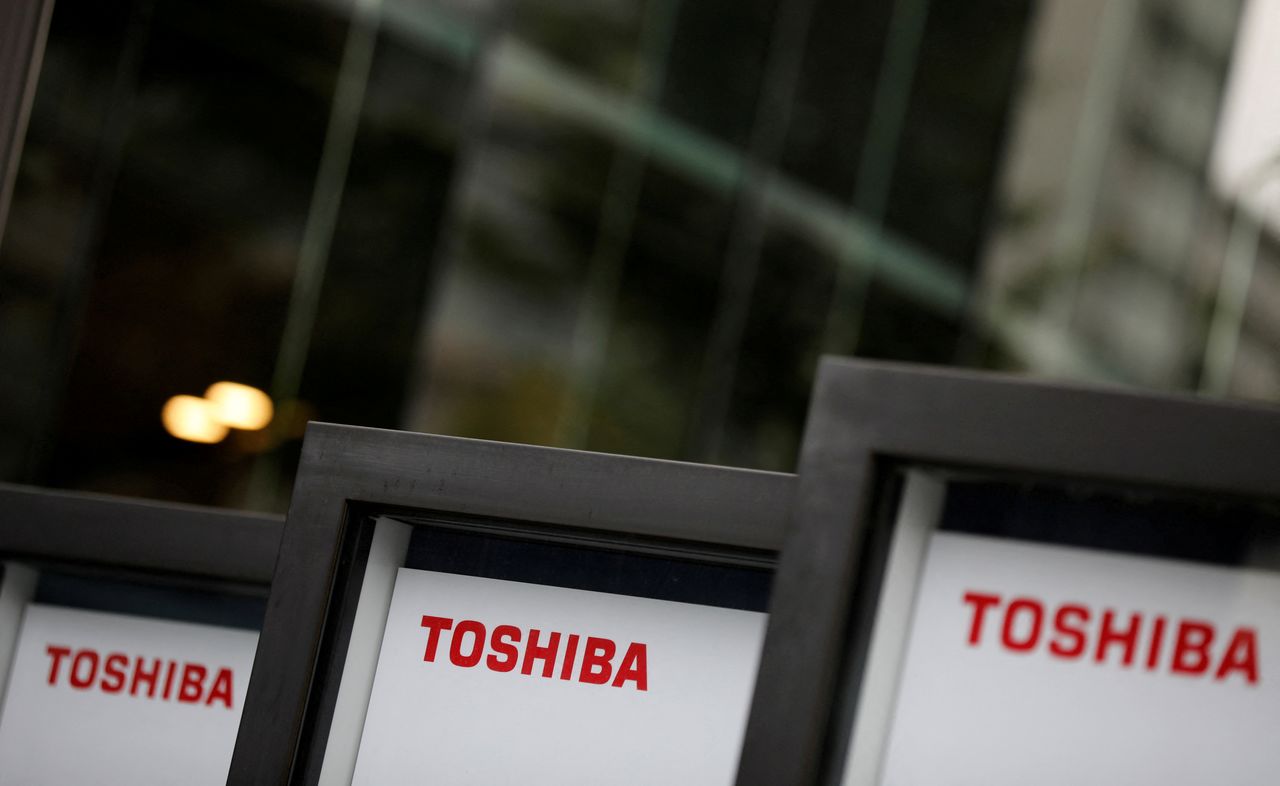 FILE PHOTO: Logos of Toshiba are pictured at a venue of Toshiba Corp's annual general meeting with its shareholders in Tokyo, Japan, June 25, 2021. REUTERS/Kim Kyung-Hoon