Tennis-Zverev deserved to be thrown out for umpire abuse, says Nadal 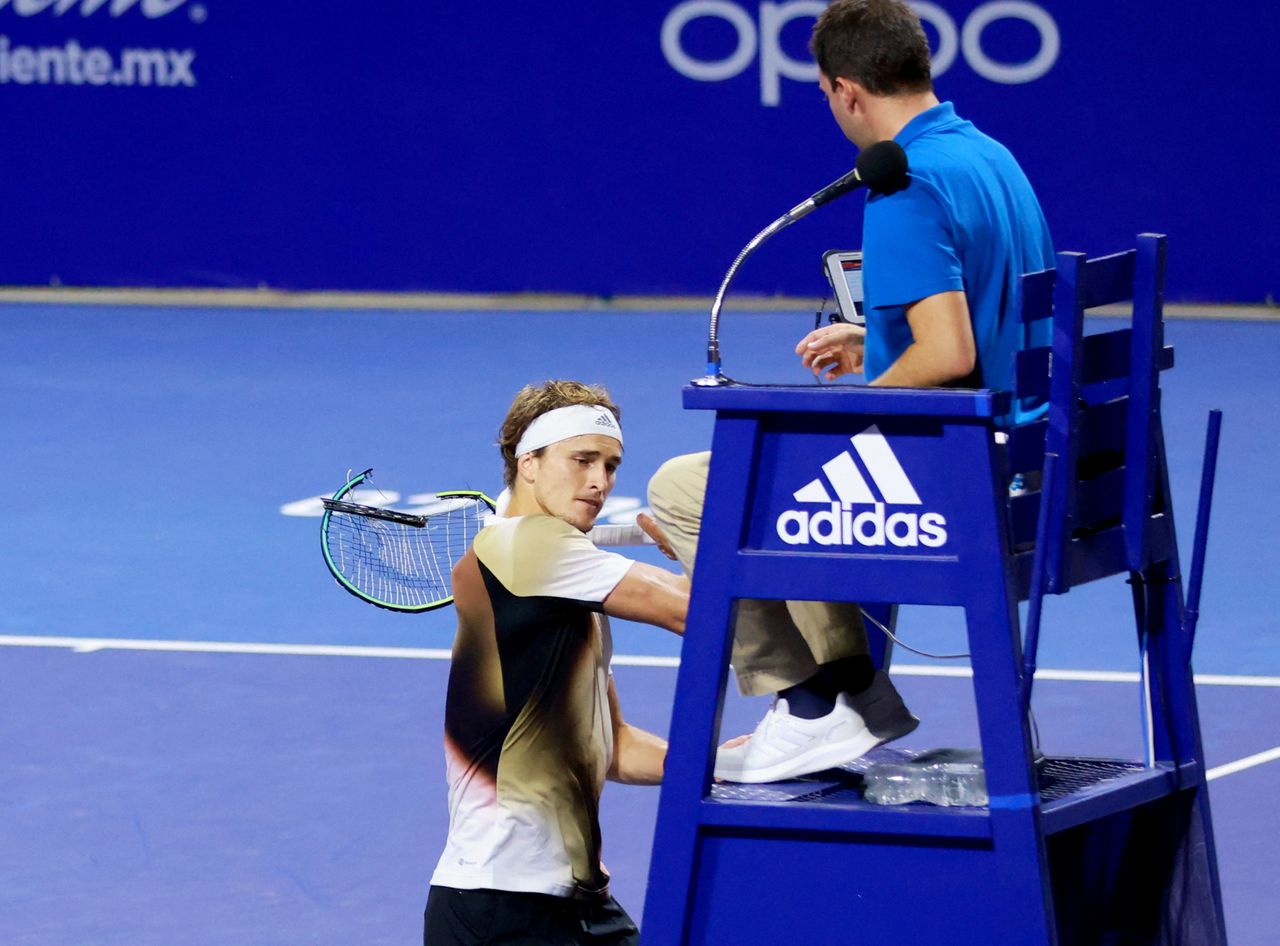 (Reuters) - Alexander Zverev deserved to be expelled from the ATP 500 tournament in Acapulco for his expletive-filled tantrum after a doubles defeat, Rafa Nadal said on Thursday, adding that he was sure the German Olympic champion will learn from his mistake.

Zverev, 24, who won the singles gold at the Tokyo Games last year, apologised after he was defaulted for 'unsportsmanlike conduct' from the event where he had won the singles title last year.

Nadal said he felt sorry for Zverev with whom he shared a "good relationship".

"He deserved the sanction because you can't act in this way," the winner of 21 major titles said after reaching the quarter-final at Acapulco.

"I think he is aware of that and I hope that this serves as a learning process for him and other young players who lose their temper on the court sometimes."

Zverev's angry outburst could earn him more sanctions from the men's governing body.

According to the ATP rulebook, the on-site supervisor could refer the case higher up for further investigation after completing the process of assessing and issuing any further fines and penalties.

In 2019, after an initial fine of $113,000, Australian Nick Kyrgios was given a suspended ban of 16 weeks and an additional fine of $25,000 for "aggravated behaviour" by the ATP following an internal investigation.

Nadal did not want to get into the quantum of punishment.

"I think the organisation needs to be strict about it because the images spread quickly on social media and there are millions of children watching and they develop these attitudes," the 35-year-old added.

"I understand there are moments of frustration and anger but we need to try to be an example."

World number two Daniil Medvedev and Denis Shapovalov were also heavily fined at the Australian Open for their outburst against the umpires.

"That's what happened to me a few times," Medvedev, who can climb to the world number one ranking with a title in Acapulco, said after his victory on Wednesday.

"He made a mistake. He paid for it. From what he said he understands that he made the mistake. And that's the most important. People, no matter which job, which sport, everybody makes mistakes.

"(It) was definitely not nice what he did, but he understands it. From my point of view, I understand when you make mistakes, but you regret it and next time you try not to make it."